“It’s vitally important that Palestinians feel hope and have opportunity, and can live in security just as it is for Israelis, and there should be equal measures,” he said. 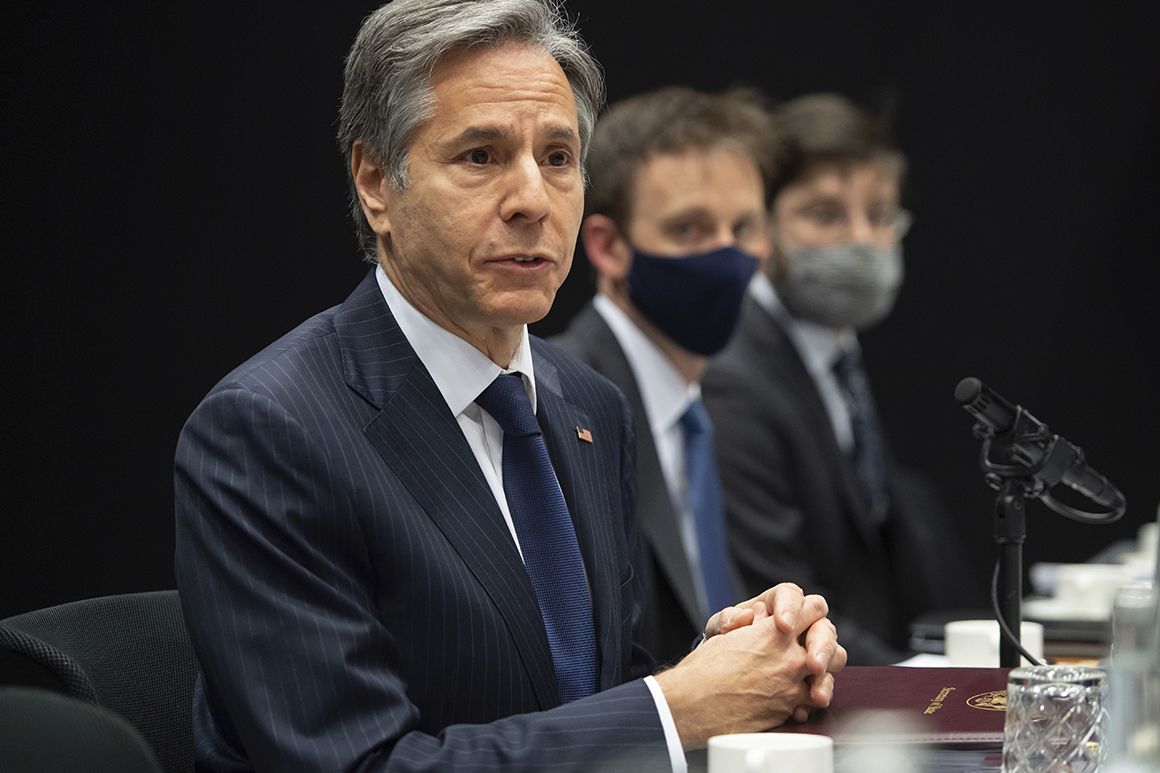 Secretary of State Antony Blinken on Sunday affirmed President Joe Biden’s commitment to a two-state solution for Israel and Palestine, arguing that without solutions that afforded Palestinians more dignity, the cycle of violence was likely to continue.

“Ultimately, it is the only way to ensure Israel's future as a Jewish and democratic state, and of course the only way to give the Palestinians the state to which they're entitled,” he told host George Stephanopoulos on ABC’s “This Week,” while acknowledging that it would take some time to get to that point.

Blinken credited Biden’s quiet diplomacy for the cease-fire secured between Hamas, which controls Gaza, and Israel. The cease-fire began Friday after 11 days of violence that claimed the lives of a dozen Israelis and more than 230 Palestinians. Blinken argued that in the near term, the most important objective was rebuilding the massive structural damage in Gaza and solving the resulting humanitarian crisis.

“That has to start now with dealing with the grave humanitarian situation in Gaza. Then reconstruction, rebuilding what's been lost and, critically, engaging both sides in trying to start to make real improvements in the lives of people so that Israelis and Palestinians can live with equal measures of security, of peace and of dignity,” he said.

Pressed by Stephanopoulos about his emphasis on the word “equal,” which he noted marked a broader rhetorical departure by the Biden administration from its predecessors, Blinken said equality should be the goal of any government in a democratic society.

“It's vitally important that Palestinians feel hope and have opportunity, and can live in security just as it is for Israelis, and there should be equal measures,” he said.

READ:  Reeling Republicans mount counteroffensive in battle for the Senate

He added: “Ultimately I think that that hope, that security, that dignity will be found in a Palestinian state.” (Blinken emphasized the same words in a subsequent appearance on CNN's "Fareed Zakaria GPS.")

Blinken said rebuilding the damage in Gaza would be an important step toward resolving the conflict. Asked how the U.S. planned to support the rebuilding without funding Hamas, Blinken said it would rely on “independent parties that can help do the reconstruction and the development. Not some quasi-government authority,” which he said "has brought nothing but ruin to the Palestinian people.”