As bipartisan talks on a separate, smaller infrastructure bill remain in flux, liberal Democrats in both chambers are already signaling that the bigger bill’s top line will need to increase if a cross-aisle deal falls apart. 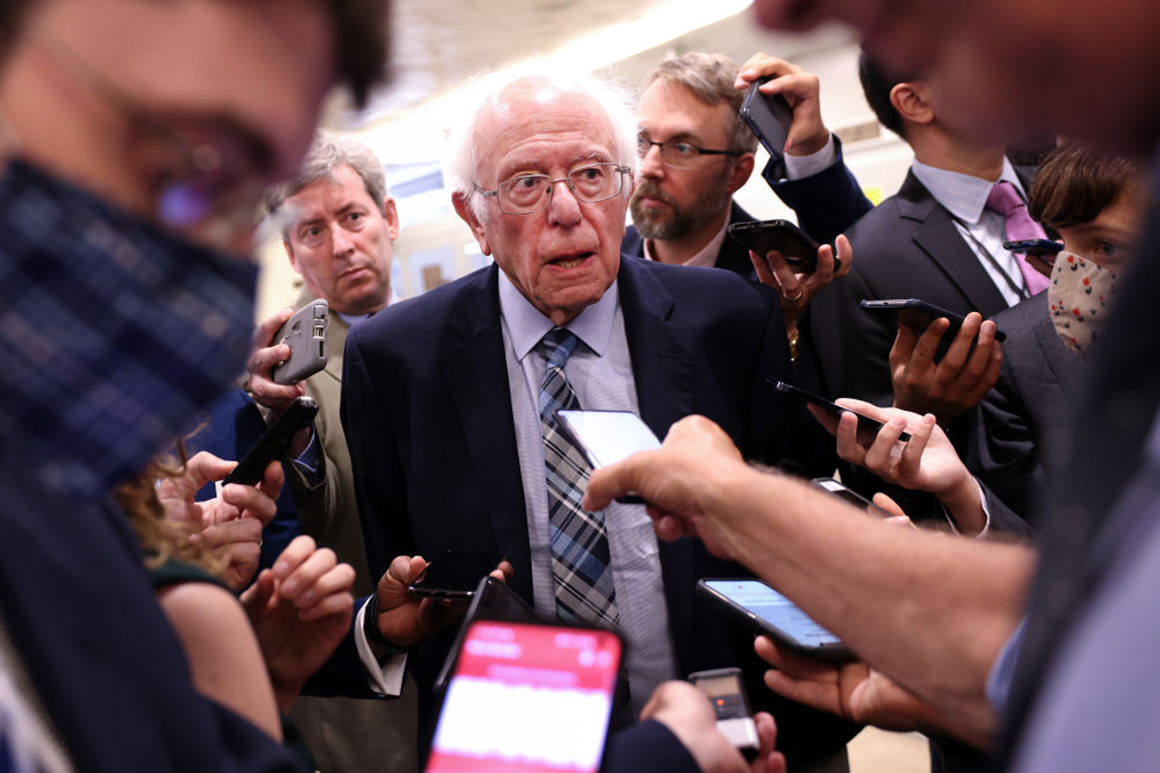 With bipartisan infrastructure talks trapped in limbo, progressives are already hustling to protect — or even grow — their massive social spending proposal.

Senate Majority Leader Chuck Schumer has yet to indicate when exactly he’ll move forward on the $3.5 trillion price tag that fellow Democrats have backed for a party-line plan to tackle prized liberal priorities, from health care to climate change.

But as bipartisan talks on a separate, smaller infrastructure bill remain in flux, liberal Democrats in both chambers are already signaling that the bigger bill’s top line will need to increase if a cross-aisle deal falls apart. Not every Democrat agrees: Some centrists are flatly rejecting the idea of adding even a single more dollar to the party’s already-hefty plan that's on tap to pass without GOP votes through what's known as budget reconciliation.

Sen. Tim Kaine (D-Va.), a member of the Budget Committee, said in an interview Wednesday that he remains optimistic about the bipartisan talks, but added that, “if for some reason the bipartisan version doesn’t work out, then we ought to be looking at a reconciliation bill that’s at $4.1 trillion.”

Any talk of such a backup plan, however, is in the early stages as Democrats await another week of bipartisan talks in the Senate. But the fight over whether to increase the party-line bill's price tag is one of several potential problems that would bedevil Democrats if those bipartisan Senate negotiations fail — underscoring the tenuous peace that both Schumer and Speaker Nancy Pelosi will need to hold throughout the fall’s high-stakes floor action.

“Right now we’re trying to [see a] silver lining — moving towards how we can get this done and not assume that we have members that are also going to be problems,” said Rep. Mark Pocan (D-Wis.), former chair of the Congressional Progressive Caucus.

READ:  Joe Biden's Cabinet: Who’s in, and who voted against them 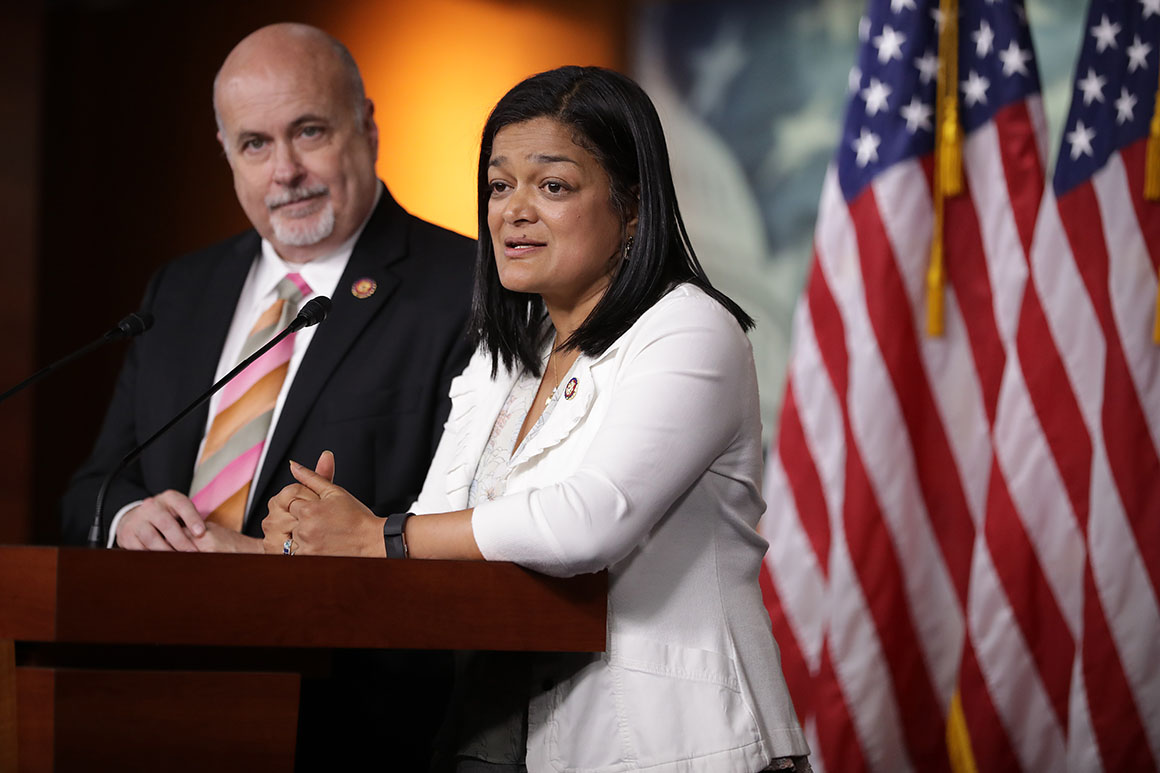 Still, Democratic impatience is mounting by the day, particularly on the House side. Many progressives there have spent months airing loud skepticism of Biden’s talks with the GOP.

“The whole thing is really disappointing. I think it does slow down the process,” said Rep. Lloyd Doggett (D-Texas), adding that he hopes the Senate’s failed vote leads to a “willingness on the part of a couple senators to go ahead” and ditch the GOP talks in favor of a Democrats-only bill.

“They’re eating time,” added Rep. Gerry Connolly (D-Va.), referring to the bipartisan Senate group. “And having been burned back in ’09 and ’10 by the Republicans in the Senate on the Affordable Care Act, we are understandably wary.”

Schumer set a Wednesday deadline to get all 50 Democratic senators to get on board with the $3.5 trillion package that's poised to include an expansion of Medicare and child care assistance, among other items. The majority leader has further vowed that the Senate would move forward on a budget before the August recess.

But the Wednesday deadline is likely to slip, in part because the $3.5 trillion proposal’s future is tied closely to the bipartisan negotiations. That's frustrating to many House Democrats who had hoped to see action before the lengthy recess begins.

House Democrats have, instead, acknowledged that they’ll likely need to return to Washington mid-August to vote on the budget blueprint — and potentially the Senate’s bipartisan infrastructure deal, should one be reached.

While Democrats are far from finalizing the specific policies they plan to add to the social spending package, party leaders plan to take the first step in the coming weeks by voting on a budget that will determine how much each relevant committee can spend. If the bipartisan deal fails, then, the party might have to raise its top line number in order to tackle physical infrastructure while leaving its social spending priorities intact.

“I can’t give you an exact timeline, but I think that we are going to have every Democratic senator on board,” said Senate Budget Chair Bernie Sanders (I-Vt.). “At the end of the day ... the $600 billion in physical infrastructure, you can do it in the bipartisan bill, or you can combine it with one bill. One way or another, it’s going to happen.”

Sanders is not alone in pitching the idea that roads, bridges and broadband could be rolled into the social spending bill. Congressional Progressive Caucus Chair Pramila Jayapal (D-Wash.) said this week she would push for the physical infrastructure plan to be included in the broader spending package if the Senate talks fail: “That has to be incorporated.”

But that Plan B is already drawing sharp pushback from moderates, especially in the House, who are anxious about signing on to a $3.5 trillion package amid concerns about the debt and GOP attacks over rising inflation.

“Heck, no,” said Rep. Kurt Schrader (D-Ore.), when asked about a top line number potentially above $3.5 trillion. “We can’t afford to keep spending money we don’t have.”

Another pivotal moderate, Rep. Josh Gottheimer (D-N.J.), said that "I need to see specifics but that number is aggressive."

Other Democrats argue that placing everything in a $4 trillion package, if it comes to that, shouldn’t matter to moderates.

“I don’t know why they’d change their mind on infrastructure spending depending on the vehicle through which it’s accomplished,” said Sen. Sheldon Whitehouse (D-R.I.). “That wouldn’t be a very logical position in my view.”

The White House privately warned Democrats this week that if the bipartisan talks fall apart, they could have to make some painful decisions related to the budget blueprint. Given that moderates are wary of going above $3.5 trillion, that could mean important progressive priorities have to be altered or cut to make room for infrastructure funding.

And not all Senate Democrats have even signed onto the $3.5 trillion number. Sen. Jeanne Shaheen (D-N.H.), who is negotiating the bipartisan package, said Wednesday she hadn’t made a decision yet on whether she’d support that figure.

Sen. Jon Tester (D-Mont.), another bipartisan negotiator, said that he’d support moving forward on the $3.5 trillion package but added: “I’ll reserve the right to do whatever the hell I want once I see what’s in the bill and how it’s funded and how it’s distributed.”

While Republicans blocked Wednesday’s vote to begin debating the bipartisan infrastructure plan, senators are aiming to reach an agreement by early next week. A group of 11 Senate Republicans sent a letter Wednesday to Schumer indicating that they’d be willing to move forward Monday, if they reach an agreement and have a score from Congress' nonpartisan budget scorekeeper.

Schumer on Wednesday voted against proceeding with the measure — a move that allows the majority leader to bring the vote back up again at a later date. Senate Democrats said in interviews Wednesday that they expected Schumer to maintain his focus on the bipartisan plan before moving to the $3.5 trillion reconciliation package.

“I don’t know the exact sequencing, but the goal right now is to get that bipartisan bill done,” said Sen. Chris Van Hollen (D-Md.), another member of the Budget Committee.