The bill approved unanimously Wednesday by the Senate Environment and Public Works Committee would allocate $311 billion over five years for roads and highways. 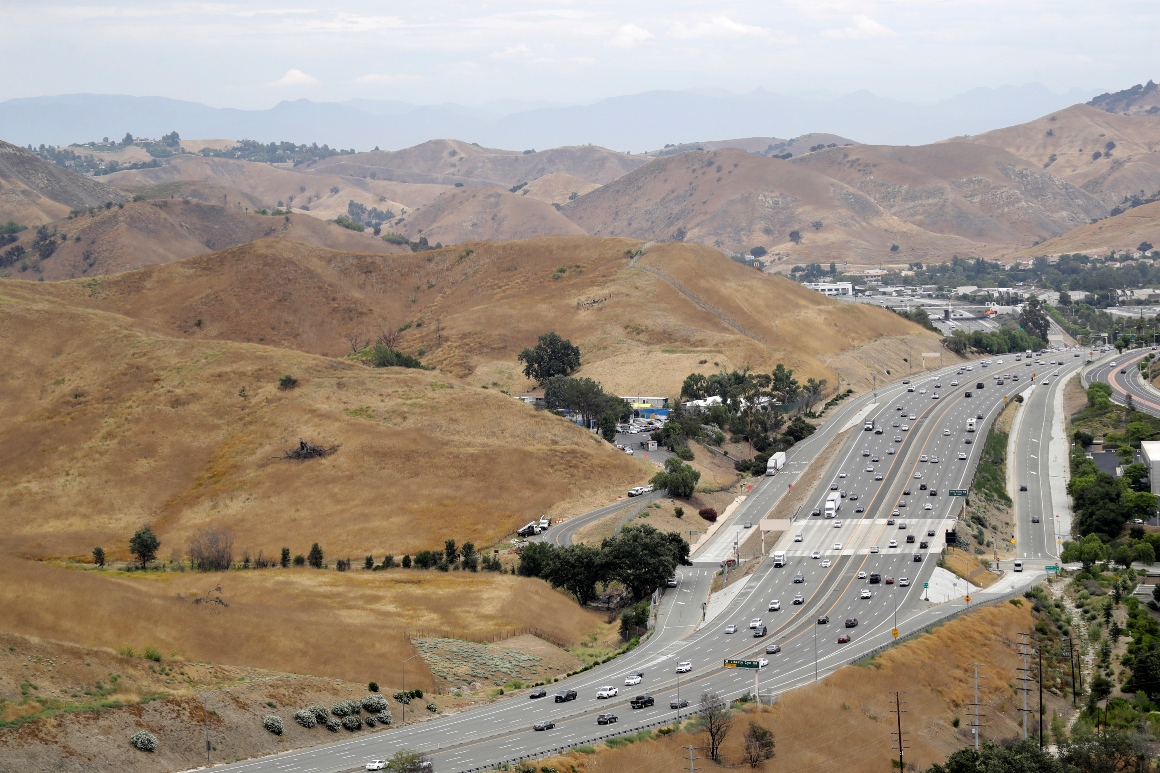 A bipartisan proposal to spend hundreds of billions of dollars on highways advanced through a Senate committee Wednesday even as negotiations on a much bigger package continued to struggle — offering a possible off-ramp for Congress to make some progress on infrastructure this year.

The bill approved unanimously Wednesday by the Senate Environment and Public Works Committee would allocate $311 billion over five years for roads and highways. Its bipartisan approval stands in contrast to floundering efforts to broker a deal between Senate Republicans and the White House on a multitrillion-dollar package that would fund everything from roads to broadband to blunting climate change.

A bipartisan deal on anything resembling President Joe Biden's $2.2 trillion American Jobs Plan, with the parties so far apart on core issues, was never a good bet. And on Wednesday, Republicans seized on the committee's action to say that bolsters their arguments that a package limited to "traditional" infrastructure like roads can get strong bipartisan support.

“Our success this morning shows that we can accomplish a lot when we work together and focus on real transportation infrastructure,” said Sen. Joni Ernst (R-Iowa) as the markup ended.

Even Democrats said it offered fresh momentum to the other committees that need to weigh in on a transportation-centered bill. Those include the Senate Banking Committee, which has to craft a portion dealing with transit, and the Finance Committee, which needs to decide how to pay for it all.

“It won't be the final version,” EPW Chair Tom Carper (D-Del.) said of the bill his committee passed Wednesday. “It’s not going according to anybody’s plan, but at least we’re going forward.”

Sen. Shelley Moore Capito (R-W.Va.), ranking member of EPW and lead GOP negotiator on the broader push, said the bill approved Wednesday can serve as an "anchor" for broader efforts. She said she plans to return to the White House on Thursday to plead her case that the bill, along with earlier approval of a water infrastructure package, S. 914 (117), by the full Senate, shows the possibilities of a narrowly-tailored infrastructure package.

“Those are two significant pieces of what we agree is physical for infrastructure, so we're gonna take that back to the White House and see what we can build on,” she told reporters. “What we've shown is that the regular order through the committee's can really work a lot of the priorities and I think that's significant.”

People involved in the infrastructure effort have largely viewed it as inevitable that Congress would pass a bipartisan transportation bill and the rest would fall to a reconciliation package that Democrats could enact without GOP support. Lawmakers have a Sept. 30 deadline to pass a "surface" transportation bill that includes highways, transit and likely rail.

Another lobbyist said he was “optimistic as far as where things are both on the surface bill and on the macro package.”

Of course, the bill approved Wednesday by the EPW committee is the easiest lift — due to legislative jurisdiction, the bill only can cover roads — and there is additionally a storied history of bipartisan collaboration in the space. Political opposites like Sen. Jim Inhofe (R-Okla.) and former Sen. Barbara Boxer (D-Calif.) regularly bridged their divides to generate bills.

Whether that can translate to other panels is an open question.

Some progressives say the bipartisan highway bill should in no way be seen as a ceiling for the scale of their ultimate ambitions on infrastructure and climate change legislation.

“It's always been the premise that whatever we agreed to with the Republicans on infrastructure would be the limit on the bipartisan bill, but not the limit on what we accomplish. And that reconciliation would allow us to go beyond it,” Sen. Sheldon Whitehouse (D-R.I.) told POLITICO. “The important thing is that we not allow Republicans to limit our aspirations.”

Outside environmental groups echoed that disappointment. Will Anderson, associate director of legislative advocacy for Sierra Club’s Clean Transportation for All campaign, called the legislation a “noteworthy start, but much, much more is needed to act on climate and fund the transformative change needed in our transportation systems.”

In contrast, Republicans have already jumped to declare EPW's moves as an example of the proper way to produce infrastructure legislation, a message they elevated at their weekly leadership news conference on Tuesday.

“We are hopeful that the president will look at the work we have done in EPW ... use that as the basis of an infrastructure package and we can move it forward,” Ernst said. “This is what Americans think of as infrastructure: roads, bridges, waterways, locks and dams — and throw in some broadband and we’ve got a bill.”

Even amid those calls, Carper is framing Wednesday’s movement as a step he hopes will prod other committees into moving.

“I'm encouraged by the kind of conversations that are going on — bipartisan conversations — in Finance, in Banking, in Commerce,” he said. “My hope is what we're doing here today will encourage them to speed up.”

Tanya Snyder contributed to this report.