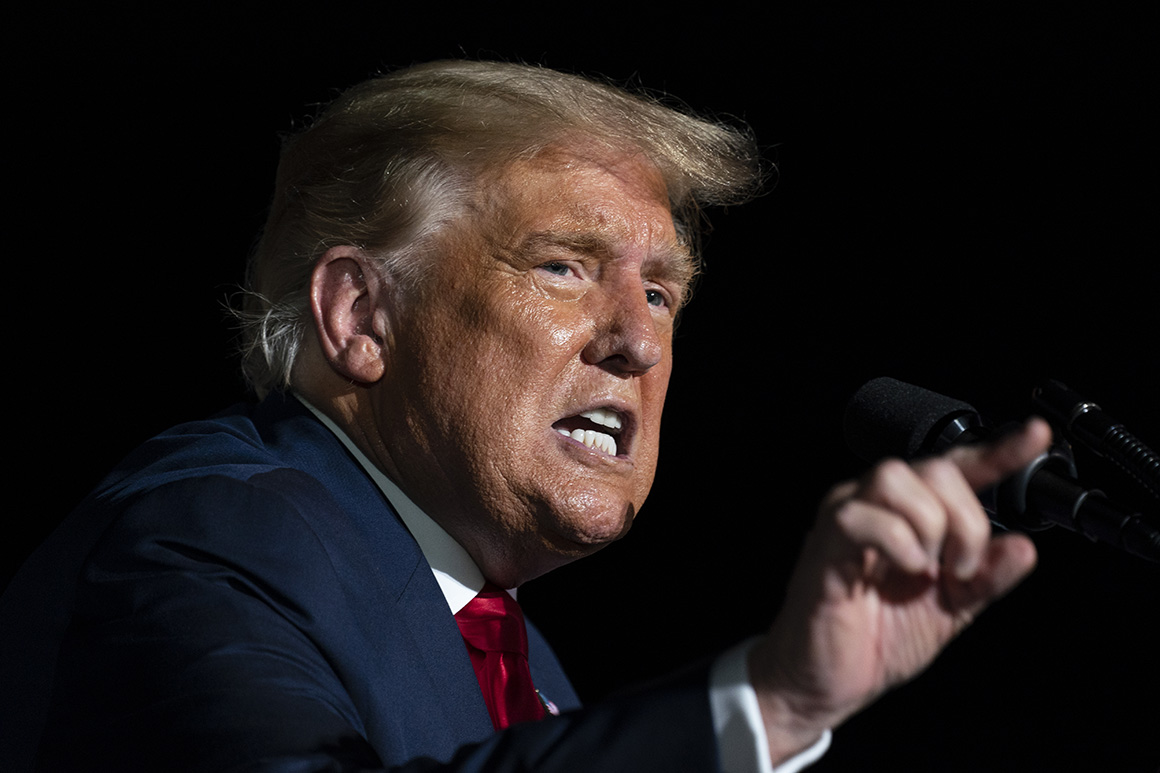 A group of prominent Christians from both sides of the aisle, including a past faith adviser to former President Barack Obama, is forming a political action committee designed to chip away at Christian support for President Donald Trump in the final weeks of the 2020 campaign.

Dubbed Not Our Faith, the new super PAC plans to roll out six-figure TV and digital ads focused on Christian voters — particularly the evangelical and Catholic voters who helped power Trump to victory in 2016. Its first digital ad, set to run in Michigan and Pennsylvania, takes sharp aim at Trump’s claim to a foothold with Christians.

The ad, shared with The Associated Press in advance of its release, says Trump “has used Christianity for his own purposes,” invoking imagery of the Republican president’s photo op outside a historic Washington church amid this summer’s racial justice demonstrations. Urging Christians to break from Trump, the ad states that they “don’t need Trump to save them. The truth is that Trump needs Christians to save his flailing campaign.”

That sharp critique of Trump’s standing with Christian voters comes as the president looks to evangelicals in particular to help him muscle to reelection over Democratic nominee Joe Biden. While Biden’s campaign is mounting a well-organized faith outreach effort, that work largely focuses on an affirmative case for the former vice president rather than the overtly anti-Trump case that the new PAC is making.

Among the PAC’s advisory council members are Michael Wear, a former faith adviser in Obama’s administration and reelection campaign, and Autumn Vandehei, a former aide to onetime Republican Rep. Tom DeLay of Texas. Wear said in an interview that Trump has “in a predatory way attached himself to Christians,” asserting that the faith would be “better off” without the president.

“Trump eked out 2016 with unprecedented support from white evangelicals and, important to note, a really strong showing among Catholics. We’re going after all of it,” Wear said. “We think Christian support is on the table in this election.”

Trump and his reelection campaign continue to lean heavily on pitches to Christian voters, with the president asserting the baseless claim that Biden and Democrats are hostile to religion. Republicans are also appealing to voters of faith by claiming that Democrats have unfairly criticized Supreme Court nominee Amy Coney Barrett for her Catholicism, although no Democratic senator has yet raised the issue during Barrett’s confirmation hearings.

Trump’s faith adviser and personal pastor, Paula White, is set to appear Tuesday in the battleground state of Ohio at an event for the campaign’s evangelical outreach project.

Whether Biden backers’ bid to peel away evangelical support from Trump is making headway remains to be seen. A survey from the nonpartisan Pew Research Center taken after Trump’s contentious church photo op found that 72% of white evangelicals approved of his handling of the job, a level that has remained largely consistent over his presidency.