The decision means that unemployed workers in those states will stop receiving an extra $300 a week beginning in June. 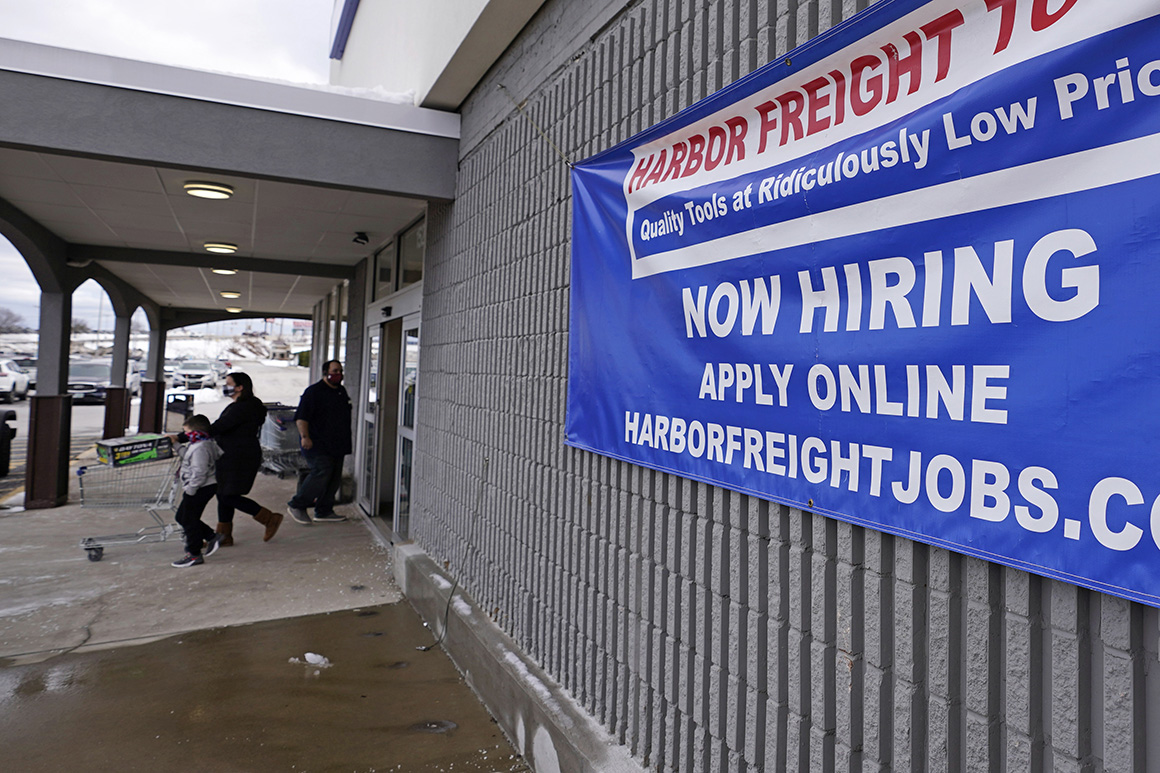 The governors of more than 20 states have elected to stop paying workers supplemental federal unemployment benefits — and there likely isn't much the Biden administration can do about it, one Labor Department official said Thursday.

The agency isn't expected to issue a formal decision on the legality of intervening until later Thursday or early Friday, the official said. But so far, DOL staff has concluded that the administration has little practical or legal ability to continue providing expanded jobless benefits over the heads of governors.

Nearly two dozen Republican governors in states including Arizona, Texas and Georgia have elected to stop providing federally supplemented unemployment insurance to jobless workers in their states in response to business complaints about a labor shortage, though experts are divided over whether and to what extent generous benefits are keeping workers on the sidelines.

The decision means that unemployed workers in those states will stop receiving an extra $300 a week beginning in June. The program, created in response to Covid, is slated to run through Sept. 6.

Practical problems: Over the last few weeks, advocacy groups including the National Employment Law Project have attempted to make the case to the agency that it has an obligation to intervene and make sure the cash from Congress makes its way into the hands of the jobless. But, the DOL official said, there likely isn't much the Biden administration can do.

For one thing, DOL doesn't have the technology to pay out jobless benefits, the official noted. And given that it takes states as long as three months to stand up their own systems when they already have all the information required, creating a system from scratch that includes workers in 20-plus states would likely take much longer.

On top of that, the federal government does not have access to the information needed about individual claimants. To obtain it, they would have to request it from governors — who, having elected to not pay out the benefits, would likely be loathe to provide it, the official said, let alone share it with other states.

Legal obstacles: Practicality aside, the agency may not have the legal ability to intervene, the official said. The U.S.' unemployment insurance system is a federal-state partnership, predicated on an agreement between states and the federal government; if the states decided to opt out (which they are entitled to do), then there is no agreement, the official said.

As soon as one governor had opted out of paying federal jobless benefits, agency staff anticipated it would become a trend, the official said.

The only enforcement authority the DOL's Employment and Training Administration has is to take away federal unemployment insurance funding, the official noted.