Civil rights activists want a “bill with teeth” rather than a rushed deal. 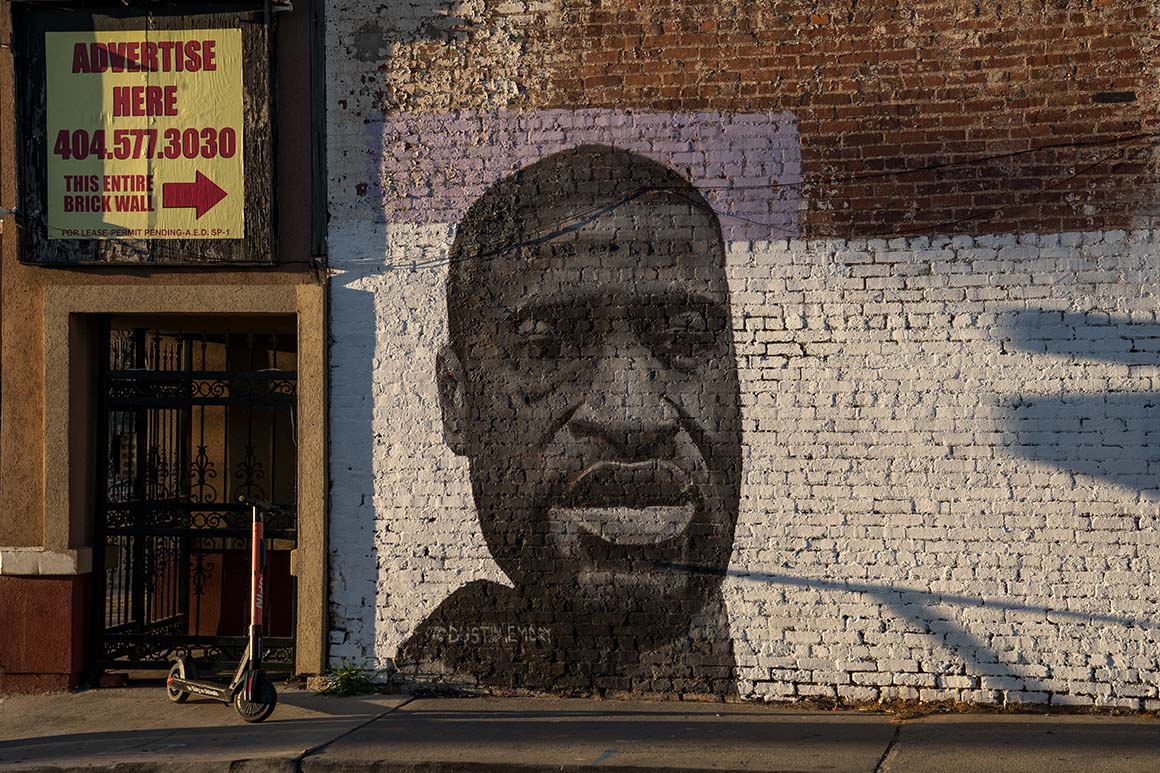 During his high-profile address to a joint session of Congress last month, President Joe Biden laid down an ambitious marker. He wanted major police reform legislation at his desk by May 25, the one year anniversary of George Floyd’s murder.

But after calling Congress to task, the White House has taken a largely deferential approach to the negotiations. Senior staff have been in frequent contact with Hill negotiators but are also giving lawmakers space as they work out a compromise on the major piece of legislation named after Floyd, a Black man who was killed by a Minneapolis police officer last year.

No major red lines have been set. Nor have they stressed obedience to the timeline that the president himself touted. Though Biden won’t be signing the Floyd bill into law on May 25, a senior administration official said the president plans to mark the day by hosting members of Floyd’s family at the White House on Tuesday.

Virtually all parties involved are okay with missing the deadline. Lawmakers working on the bill insist that they’re making progress and regularly engage with one another. And in conversations with the White House, activists and lawmakers have stressed that they want a substantial bill, not a quick one.

“My concern is, and I've communicated this to the White House, is that we come with a toothless bill to meet a hard deadline,” said Rev. Al Sharpton, president of the National Action Network. “I'd rather have a bill with teeth late than a toothless bill on time.”

Biden’s defer-to-Congress approach on police reform stands in contrast to the very active role he and the administration are playing in negotiating other legislative priorities, chief among them a massive infrastructure spending bill. Stakeholders say it reflects a larger sense that negotiations around policing and racial justice can be extremely delicate. Push too much, and Republicans may recoil. Sit back too far, and progress may prove elusive.

White House press secretary Jen Psaki said this week that Biden issued the May 25 deadline because he felt it was “important to be bold and be ambitious.” But the White House acknowledged by week’s end that negotiations are nowhere near a conclusion.

“We are not going to slow our efforts to get this done, but we can also be transparent about the fact that it’s going to take a little bit more time,” Psaki said Friday. “The president wants to sign it into law as quickly as possible.”

Civil rights groups mostly support the administration’s approach but plan to keep pressure on Congress. The White House has not said if it will set another deadline. For Sharpton, however, the president’s challenge to lawmakers last month “sent the signal that it was serious” about reform. Though he’d like to see Biden publicly pressing the case more, Sharpton also doesn’t want Biden to play into Republicans' hands. “I’d not like this to be a Joe Biden-Mitch McConnell show,” he said.

Most social justice advocates are giving the Biden administration and Democrats space to make good on their campaign promise to pass a bill that could substantially overhaul policing in the country. They want action as more and more videos are released showing Black people killed by police but aren’t looking for speed over results. As negotiations continue amongst a small group of House and Senate lawmakers, civil rights organizers are making clear that a watered down bill is not an option.

“Presidents say a lot of things in their joint addresses and their state of the unions,” said Maurice Mitchell, national director of the progressive Working Families Party and a leader in the Movement for Black Lives coalition. But, Mitchell added the “proof” will ultimately be in what Biden and Democrats “behind closed doors are willing to spend political capital on.”

READ:  FBI, CISA urge public not to panic if they hear about election hacking

When Biden took office “there was a great fanfare” about Black women being the backbone of the Democratic Party “and the fact that the black community agenda would not be ignored” but taken “seriously,” said Mitchell. “Well, they need to demonstrate that.”

Current talks among congressional negotiators have been held up over key provisions, including one in the House-passed bill that would end qualified immunity, a judicial doctrine that shields police officers from being sued by victims and their families for alleged civil rights violations. Sen. Tim Scott (R-S.C.) proposed a workaround: allow people to sue police departments rather than officers. But most civil rights groups have yet to take a position on Scott’s counter offer, saying they want to see specific language.

Black Lives Matter activists largely believe the House bill, which is named after Floyd, doesn't go far enough. But the one part of the bill that most advocates agreed on was ending or reforming qualified immunity. Mitchell said the continued hold up around the qualified immunity reform language — which is staunchly opposed by police unions — “demonstrates why it's so important for Joe Biden and elected Democrats not to let up.”

Despite recent comments from House Majority Whip Jim Clyburn that he’d support a final bill that excluded changes to the qualified immunity protections for officers, many Democrats don’t want to give up on changing that doctrine — fearing that this is their one chance at substantive reform.

“We are concerned by recent discussions that the provision ending qualified immunity for local, state, and federal law enforcement may be removed in order to strike a bipartisan deal in the Senate,” wrote the lawmakers, led by Rep. Ayanna Pressley (D-Mass.) and Cori Bush (D-Mo.). “Given that police violence, as a weapon of structural racism, continues to have devastating and deadly consequences for Black and brown lives across our country, we strongly urge you to not only maintain but strengthen the provision eliminating qualified immunity as negotiations in the Senate continue.”

Though Congress is taking the lead on crafting the bill, White House director of public engagement, Cedric Richmond, Domestic Policy Council head Susan Rice, and director of legislative affairs, Louisa Terrell have hosted talks with staffers and lawmakers. Top Hill negotiators have provided little details on how much progress they’ve made, but one key difference compared to the Trump-era, they say, is that there are now regular conversations.

Rep. Karen Bass (D-Calif.), one of the chief negotiators, told reporters this week that “the most important thing is that we have a bill that hits the president’s desk, not the date that it does.”

When asked about White House involvement, Scott said, “I’ve never found it helpful to negotiate with anybody other than those that have votes.”