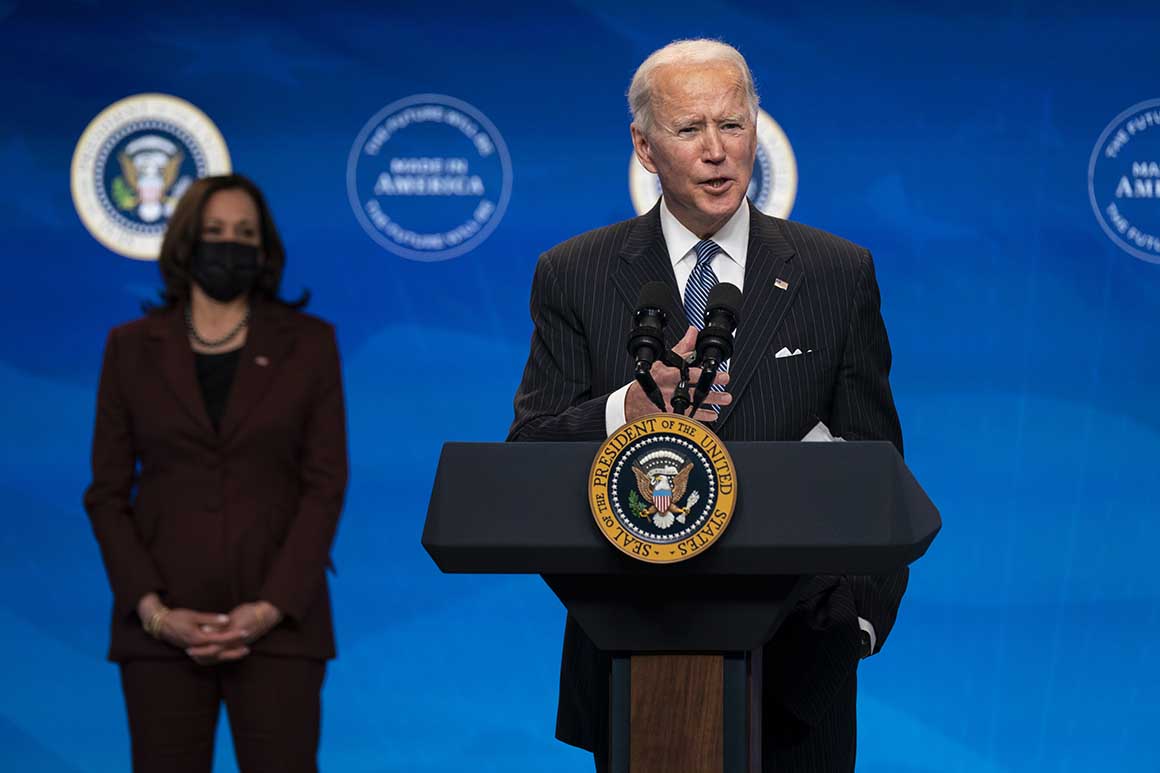 President Joe Biden on Tuesday is unveiling an additional slate of executive actions to promote racial equity, a move to fulfill a key campaign promise that he made during the height of this past summer’s protests.

As part of the effort, the president is directing the Department of Justice to not renew contracts with private prison operators and is signing a presidential memorandum acknowledging the role the federal government has played in discriminatory housing policy.

However, that order will not apply to other federal agencies who may contract with those same operators, such as U.S. Immigration and Customs Enforcement.

Biden will also instruct the Department of Housing and Urban Development to reassess moves implemented under former President Donald Trump, including making it harder for plaintiffs to meet the legal threshold for proving unintentional discrimination, known as the disparate impact rule. The definition adopted under Trump and former HUD Secretary Ben Carson would also grant defendants more latitude to rebut those claims, but a federal court has put the rule on hold pending an ongoing legal challenge.

Biden also plans to sign an executive order reaffirming the federal government’s commitment to the sovereignty of tribal governments over their territory, and a memorandum related to the rise in anti-Asian sentiment during the Covid-19 pandemic.

The Trump administration was accused of racism and xenophobia, particularly for the former president’s penchant for calling the coronavirus the “China virus” in an effort to blame the pandemic on the Chinese ruling government.

"Advancing equity is a critical part of healing and of restoring unity in our nation," Rice said.

The Biden administration says the newest actions are an extension of other moves the president has made in the week since he took office to address racial equity, including for Black and Latino communities that have been among the hardest-hit by the effects of the ongoing pandemic, as well as the economic ramifications of the restrictions put in place in order to combat the virus.

"Building a more equitable economy is essential if Americans are going to compete and thrive in the 21st Century," Rice said.

Biden has previously moved to extend the moratoriums on federal evictions and foreclosures through at least the end of March, as well as to continue the Department of Education’s freeze of monthly student loan payments into autumn. Both initiatives were started under Trump in the early stages of the pandemic.

Biden has also disbanded Trump’s 1776 Commission, which was set up last year to promote “patriotic education” and to serve as an ideological counter to the New York Times Magazine’s 1619 Project, though a report issued by the 1776 Commission this month faced considerable criticism for its level of scholarly rigor and for appearing to draw heavily from one of its author’s previous work.