“This is huge,” said Sasha Tirador, a top Miami political operative who was briefed on the plans Wednesday night. 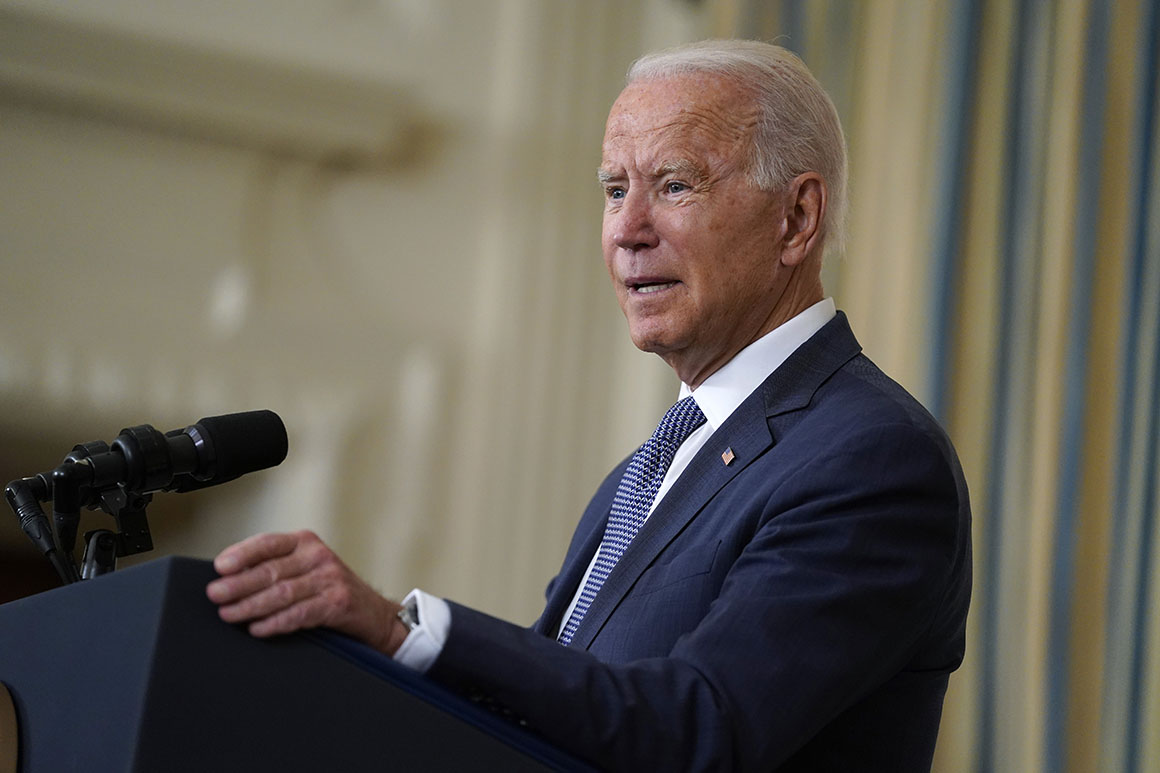 MIAMI — President Joe Biden on Thursday plans to slap targeted individual sanctions on Cuba regime officials, bucking the progressive voices in his own party who called for an end to the embargo.

Biden’s response to Cuba — which also includes measures to bring increased internet access to the island and calls for more international pressure on the totalitarian government — was outlined Wednesday night in a call with Democratic Cuban-American activists in Miami who had been calling for more action ever since the July 11 uprisings on the island.

But it’s the proposal to extend the targeted sanctions of the Magnitsky Act, originally passed in response to Russian government oppression and then extended to governments such as Venezuela, that has most encouraged activists who want more pressure on Cuba.

“This is huge,” said Sasha Tirador, a top Miami political operative who was briefed on the plans Wednesday night.

“No administration has ever announced that they will hold each individual who violates human rights on the island of Cuba accountable,” she said.

Tirador and others on the call had been initially frustrated that Biden didn’t immediately react with a response plan for Cuba after the uprisings as Cuban-American Republicans such as Sen. Marco Rubio, also a Miami resident, began questioning the administration’s resolve.

The conservative criticism of Biden’s Cuba response has escalated significantly in recent days, with several high-profile commentators, congressional lawmakers and 2024 Republican White House hopefuls using the unrest to hammer the administration’s foreign policy — all while galvanizing the GOP around anti-communist themes.

READ:  Will There Be a Trump Presidential Library? Don’t Count On It.

They’ve also called for Biden to green light a proposal to launch high-altitude balloons to beam internet access into the island, but the president and administration officials have been cool to the idea because they’re not sure it works. Instead, on the call Wednesday night, officials with the administration said they’re working on an alternative way to provide internet access or what are called virtual private networks, or VPNs, to allow Cubans on the island to communicate freely without the regime spying on them.

Accusing the president of “great cowardice,” Hannity asked at one point in the broadcast: “What is the Biden doctrine? To kiss the ass of every single, solitary dictator in the world?”

Administration officials last week began to speed up efforts to develop a Cuba plan following the widespread anti-government protests in more than 40 cities across the island.

Prior to the protests, Biden’s team repeatedly made clear that Cuba policy was not a foreign policy priority for the administration. But the protests made the communist-run island nation an unavoidable subject.

On Monday, the Biden administration announced it would form a working group that will consider remittances for Cuban families and look into increasing the staff at the U.S. embassy in Havana.

Multiple people close to the White House confirmed last week that U.S. officials were exploring using Magnitsky, which also allows the U.S. to impose economic sanctions on individuals believed to be engaged in human rights abuses and corruption.

“As @POTUS directed, we will apply hard-hitting sanctions on Cuban officials who orchestrated these human rights violations,” Julie Chung, the acting assistant secretary of State for the Western Hemisphere, posted on Twitter on Thursday, following a meeting with a Cuban human rights activist.

Sen. Bob Menendez, chair of the Senate Foreign Relations Committee and a Cuban American Democrat, has been a key figure in talks with the administration, multiple people close to the White House said. Menendez, of New Jersey, has called for the Biden administration to keep strong sanctions against Cuba and work to build international support against the Cuban regime.

“I think it’s important that the administration send a clear message that violence and repression against peaceful protestors is not only condemnable but it can have actions against them,” Menendez told POLITICO last week.