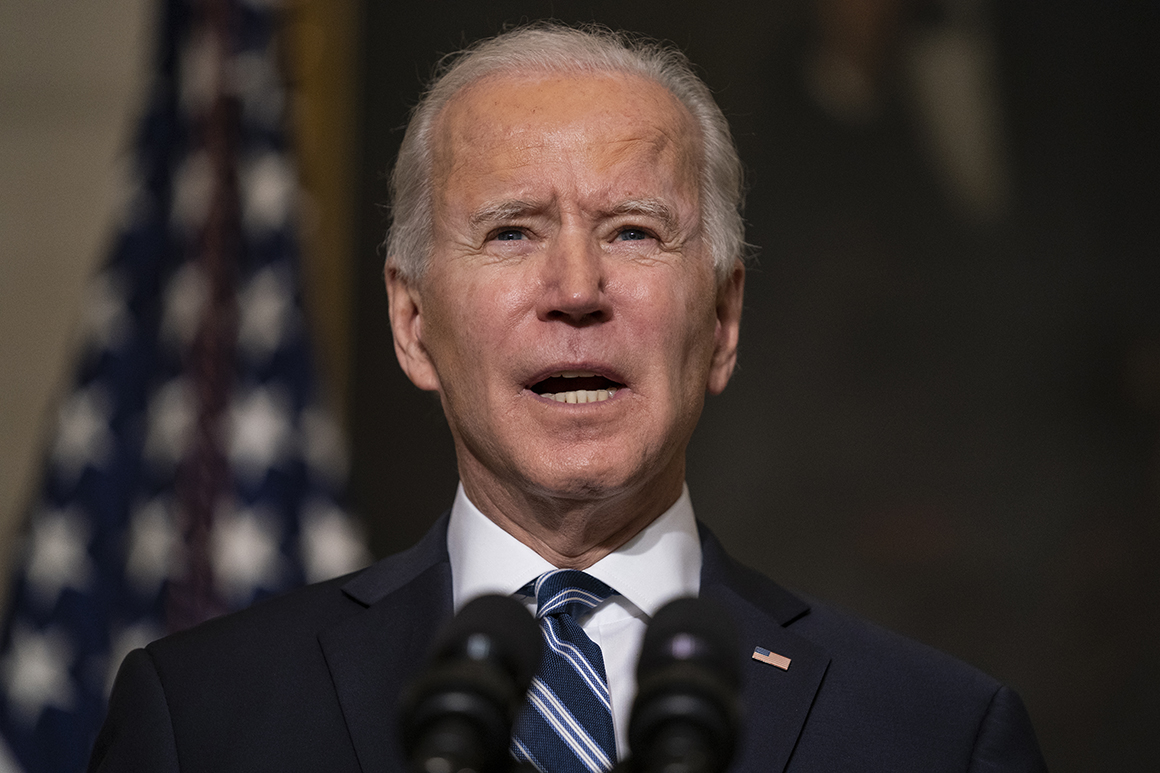 President Joe Biden is taking the first step toward rebuilding Obamacare, ushering in a new era for the health care law after a decade of Republican attacks.

The Biden administration on Thursday announced it’s throwing open the doors to the law’s enrollment site, HealthCare.gov, making it easier for the uninsured to get coverage during the pandemic. It is also expected to restore Obamacare marketing funds that the Trump administration had gutted, and it will soon begin the process of reversing the previous administration’s changes seen as undermining the health law and Medicaid.

The actions are the first in a series of moves Biden is planning to shore up a law he campaigned on expanding. Though former President Donald Trump failed to repeal Obamacare, his administration weakened the law through executive action and advanced policies that would shrink enrollment in its expansion of Medicaid to poor adults.

But Biden’s more ambitious plans for bolstering the Affordable Care Act will require help from Congress. Democrats in full control of Washington, D.C., for the first time since the ACA's passage face the challenge of maintaining Americans’ newfound affection for the law while addressing growing voter angst over soaring health care costs.


Democrats are betting that the pandemic’s health and economic crises will translate to support for Biden’s broader health agenda. Nearly 30 million people were uninsured before the coronavirus arrived — a number that had risen slightly during the Trump era — and an estimated 2-3 million were added to their ranks during the pandemic. The pandemic has made Obamacare more popular because the public is “so much more aware of needing a fallback,” argued Democratic pollster Celinda Lake.

The upcoming special Obamacare enrollment period — an option that the Trump administration rejected early in the pandemic — will serve as an early test of Biden’s ability to build up the health care law.

The White House said it will reopen enrollment on HealthCare.gov, which serves most states, for a three-month window starting Feb. 15. The dozen-plus states that run their own enrollment websites may also reopen.

So-called "navigators” who help people enroll in coverage said they are optimistic the Biden administration will restore financial support to conduct education campaigns that could help juice enrollment. The Trump administration had slashed HealthCare.gov's marketing budget by 90 percent while reducing funds to navigator groups by nearly the same level. The previous administration contended it was running annual enrollment seasons more efficiently, but Obamacare advocates said the federal government was missing a chance to reach potential enrollees.

“We don’t have enough money to manage another open enrollment, and that’s consistent with navigators across the country because the cuts that came down over the past four years are so severe,” said Jodi Ray, who leads the nation’s largest navigator program in Florida. Under Trump, her organization’s annual funding was slashed from $9 million to $1.6 million.

It’s unclear how many will take advantage of the new enrollment season. Enrollment during the annual six-week sign-up window that closed last month remained essentially flat at 8.3 million.


Enrollment in the law's marketplaces have plateaued for years. Because of growing health insurance costs, the overwhelming majority of enrollees are lower-income people whose coverage is heavily subsidized, while middle-income customers are increasingly being priced out.

Biden has called for creating a “public option,” a government-run alternative to private health insurance that Democrats argue will bring costs down. But Democratic lawmakers haven’t started seriously debating how to structure a public option, which is expected to face strong opposition by powerful health industry groups. Some Democratic Hill aides said they are wary about getting drawn into a protracted debate over expanding health coverage, particularly when a still-raging pandemic is drawing their immediate focus.

Robert Blendon, a public health professor at the Harvard T.H. Chan School of Public Health, said the imperative to end the pandemic will likely take pressure off Biden to deliver a major health care package right away.

“A year from now, people will judge Biden by very personal facts: Can I have Christmas with my family, can I attend religious services?” Blendon said, contending that voters will “hold him more accountable” over whether their lives return to normal more than health care costs.

Biden during the campaign promised to address the health cost issue by vastly expanding health insurance subsidies to cover more of the middle class, capping premiums at 8.5 percent of income. Some Democrats believe that should be a starting point for controlling costs, even if it doesn’t directly constrain prices for health care services.

“What we’d like to see is more Democrats use that as a rallying cry,” said David Kendall, a senior fellow for health and fiscal policy at Third Way, a centrist think tank. “We’ve got to cap people’s costs because they’re out of control, and that’s what’s making people insecure about getting care.”

Biden included enhanced insurance subsidies in his proposed $1.9 trillion coronavirus relief plan, but Republicans have balked at the price tag. Democrats will soon decide whether to pare back Biden’s Covid plan to draw Republican support or push through a larger package on a party-line vote. Experts at the nonpartisan Congressional Budget Office last year projected the subsidies would boost enrollment in Obamacare’s marketplaces by a few million people.

In the meantime, the new Biden administration on Thursday said it will look to roll back Trump policies that Democrats complained weakened government-backed health coverage.

It is expected to eventually scrap Trump’s expansion of skimpier alternatives to Obamacare coverage, which are typically cheaper but may not cover preexisting conditions or the law’s full benefit package. Democratic lawmakers could also look to reverse those policies through legislation.

The administration said it will review of Trump-approved programs allowing some states to require that certain Medicaid enrollees work or volunteer as a condition of coverage. Numerous Republican-led states had received the previous administration’s permission to install the first-ever work rules, though they’ve been on hold after adverse court decisions.

The Supreme Court is slated to review the work rules later this term. The justices will also soon decide on a Trump-backed challenge to Obamacare, but the law is expected to survive.

Rachel Roubein contributed to this report.