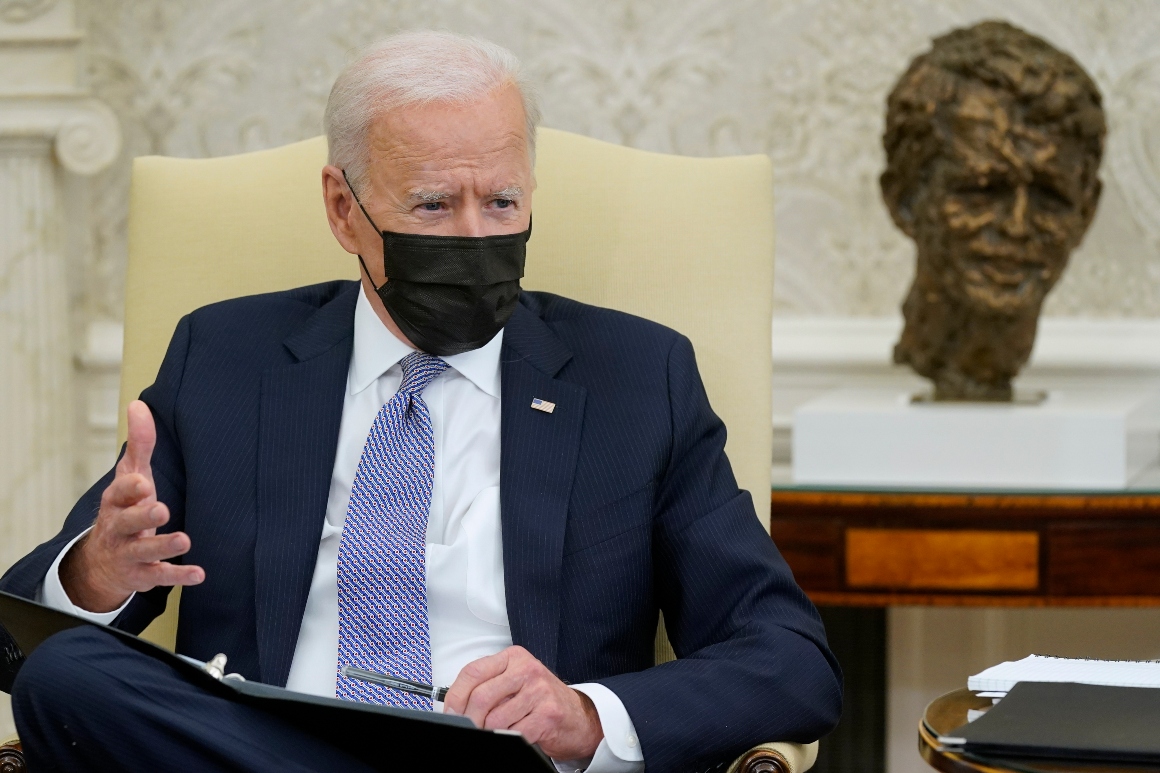 President Joe Biden proposed a potential meeting "in the coming months" with Russian President Vladimir Putin during a call between the two leaders on Tuesday.

Biden suggested a summit meeting “in a third country,” according to a summary of the call released by the White House. It did not include Putin’s reaction to the offer.

It was one of several topics raised during the conversation, according to the readout. The White House said that Biden “emphasized the United States’ unwavering commitment to Ukraine’s sovereignty and territorial integrity” amid rising tensions between that country and Russia.

The Russian military has built up its military presence in Crimea and along the border with Ukraine, raising concerns among the U.S. and its allies of a potential conflict. Russia has stationed the highest number of troops along Ukraine’s border since 2014, and leaders there have been mulling how to respond to the moves from Moscow — including whether to deploy U.S.-manufactured weapons.

Biden held a call with Ukraine’s president, Volodymyr Zelensky, earlier this month, in addition to other high-level calls between U.S. and Ukrainian officials. Over the weekend Secretary of State Tony Blinken expressed “real concerns” about Russia’s military build-up.

Biden also restated his support for additional arms control negotiations with Russia. Shortly after taking office in January, Biden and Putin agreed to a five-year extension of the New START treaty that was set to expire.

In addition, “President Biden also made clear that the United States will act firmly in defense of its national interests in response to Russia’s actions, such as cyber intrusions and election interference,” the White House said.