It’s the latest massive fundraising haul for Biden, who brought in $365 million in August as online donors shower his campaign with cash. 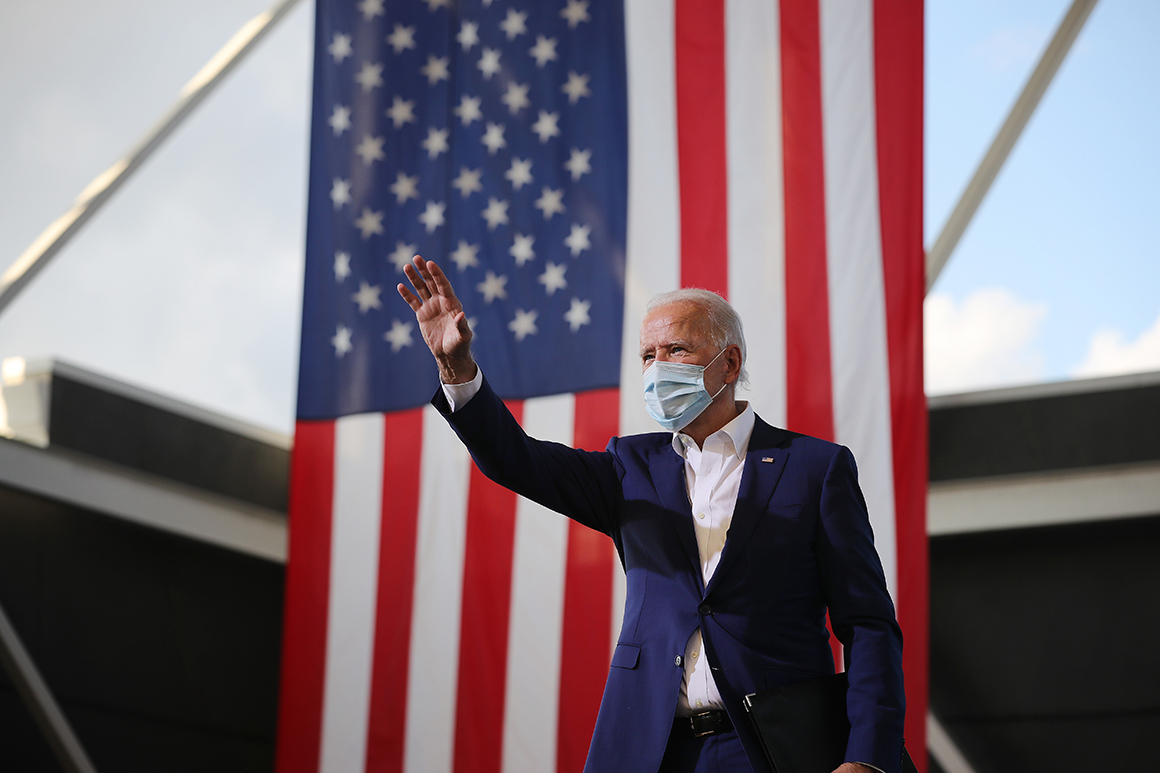 Joe Biden announced Wednesday evening that his campaign and affiliated committees raised $383 million in September, breaking a record he had just set the prior month as his campaign continues to ride a surge of online donations.

Biden, the Democratic National Committee and the campaign's joint fundraising committees started the final 34 days of the campaign with $432 million in the bank, Biden campaign manager Jen O'Malley Dillon tweeted.

President Donald Trump's campaign and the Republican National Committee have not yet released their fundraising totals for September, though they must file campaign finance reports for the month by Oct. 20. In August, Biden raised $154 million more than Trump, $365 million to $210 million.

The enormous September fundraising haul for Biden, powered by more than $203 million from online donors, is the latest windfall for the Democratic campaign as it roared ahead of Trump's political machine this fall. It's a role reversal from the spring, when Trump started the general election with a nine-figure head start over the former vice president.

But Biden’s fundraising pace over the last several months, jump-started in August by his selection of Kamala Harris as his running mate, has helped him gain the money edge.

The death of Supreme Court Justice Ruth Bader Ginsburg spurred another massive money-raising period for Democrats. Donors gave over $100 million through ActBlue, the party's widely used online fundraising platform, in the days following her death. Biden was a major beneficiary, but the donations also went to Democratic Senate candidates, who are also posting record-breaking fundraising totals for the third quarter.

READ:  Opinion | The Media’s Biggest Favor to Biden Was to Ignore Him

And Biden's September totals got a last-minute boost during the first presidential debate on Sept. 29, when the Biden campaign raised $10 million from 9 p.m. to midnight. That included biggest single-hour fundraising total, during the 10 p.m. hour, when they raised $3.8 million. Biden followed that up with his single-best day to date on Sept. 30, the final day of the month, bringing in more than $21 million.

Now, Biden is sinking his cash advantage into advertising, heavily outspending Trump at the end of the campaign.