If he wins, Joe Biden is likely to radically reshape the president’s foreign policy staff. 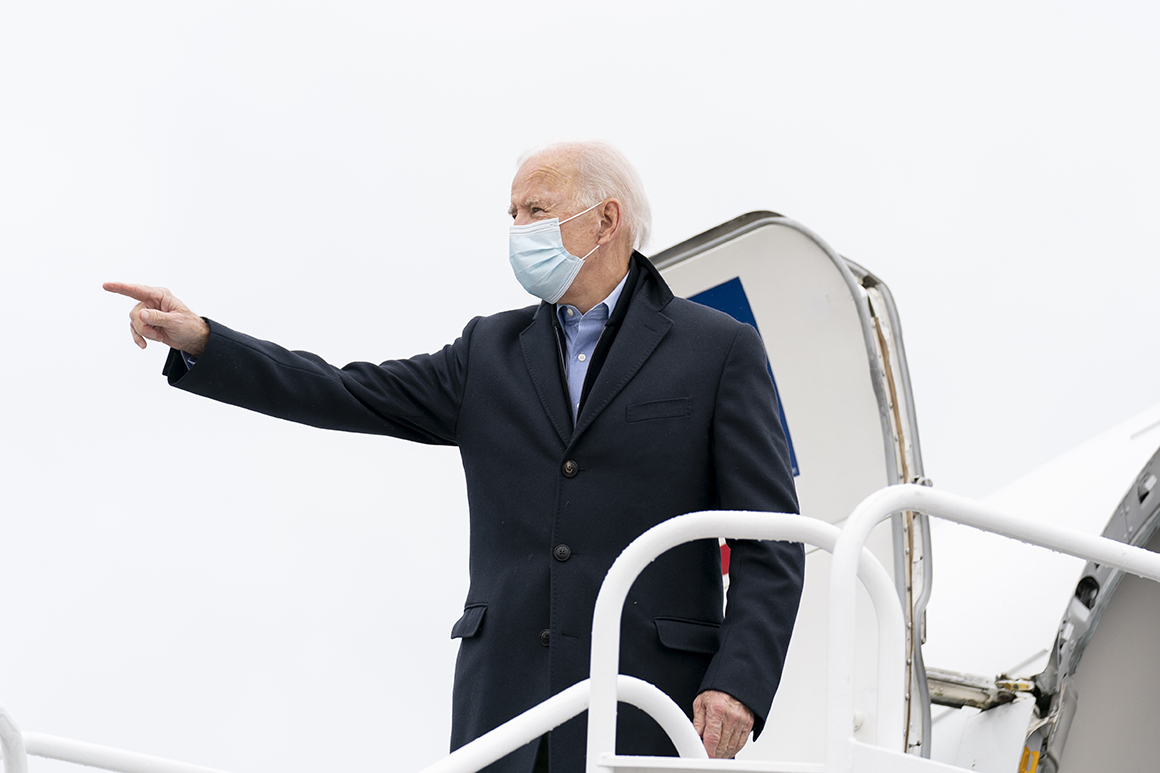 As a victorious Jimmy Carter entered the Oval Office in 1977, he confronted a problem unfathomable today: Only around three or four national security experts were left at the White House to help the new president navigate a treacherous world.

One of them was Stephen Hadley, a young aide to outgoing President Gerald Ford who had been asked to stay past Inauguration Day. Hadley soon realized it wasn’t just most of the National Security Council's policy staffers who’d vanished; critical documents he needed to consult had been whisked away to be archived.

The White House-based NSC has grown in size and scope in the years since, and presidential transitions are far more structured and regulated. The changes to the transition process since his experience more than 40 years ago are in many ways “a good news story,” Hadley said in a recent podcast interview.

If Joe Biden wins Tuesday’s election, he won’t have to start from scratch as Jimmy Carter did. But he’ll still find himself needing to rebuild — and maybe even radically reinvent — the NSC Donald Trump leaves behind, according to interviews with nearly a dozen current and former U.S. officials.

“Trump wanted a very weak NSC so as to maximize his own individual autonomy — basically enabling him to govern by tweet,” said Duke University's Peter Feaver, who served in George W. Bush’s NSC. “One way he did this was by making it small.”

During Barack Obama’s time in office, the NSC staff ballooned in size to more than 200 people. Critics accused the NSC of becoming imperious and overly operational, micromanaging everything from troop levels in Afghanistan to democracy promotion in Myanmar.

Trump’s team has severely cut back the NSC’s policy staff and along the way marginalized many career officials amid a climate of mutual mistrust.

“We weren’t just sidelined, we were disrespected,” said one former NSC staffer who stayed on after the Obama-Trump transition. “It was not a hospitable environment at all.”

A spokesperson for the Biden transition effort declined to comment on his plans for the NSC. His aides insist their top priority for now is winning Tuesday’s election, and people in and around the former VP’s campaign say they’re taking nothing for granted.

But should he win, Biden is expected to beef up and dramatically reshape the NSC to match his foreign policy priorities. So: more emphasis on pandemics, climate change and economic statecraft, and less on the traditional, security-focused work of the Trump years. 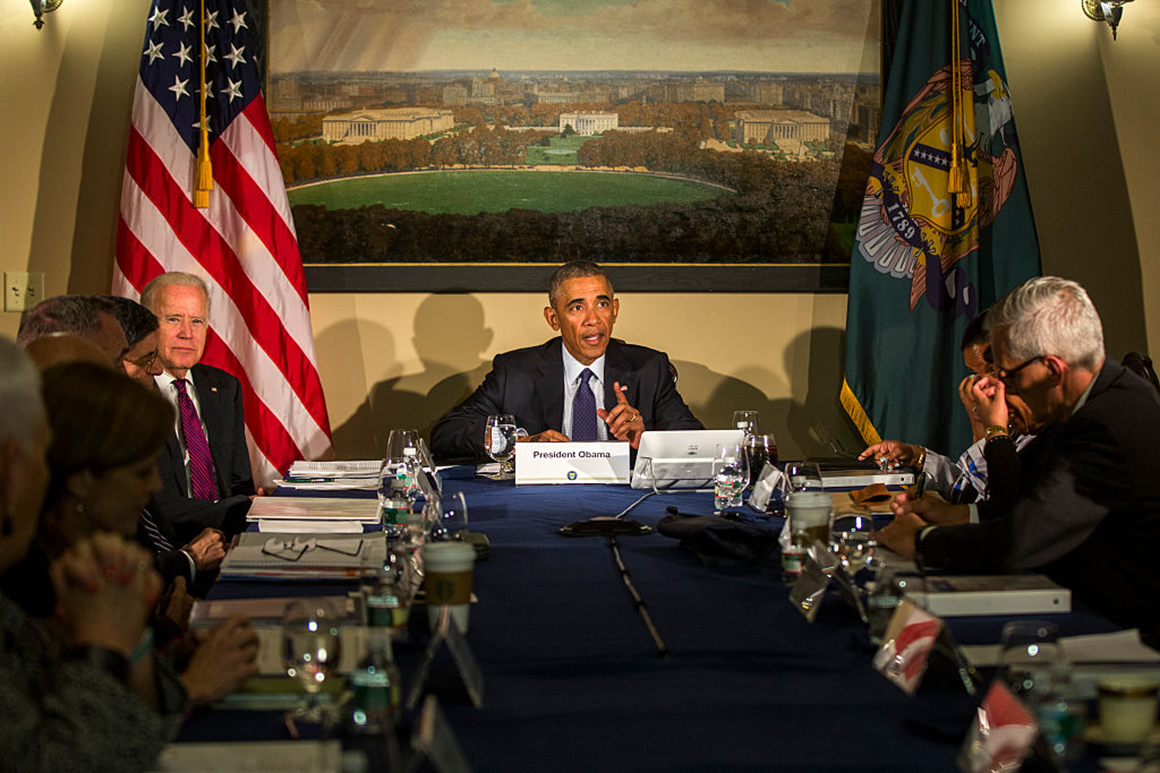 Biden also will face dilemmas, such as whether to keep on career government employees who served during the Trump era or start with a completely clean slate.

Perhaps above all, said Michael Singh, a former George W. Bush administration aide, Biden will have to decide “whether he is going to make the NSC the prime mover on all things national security” as Obama did, or delegate more authority to Cabinet agencies.

It’s standard for a new president to reshape the NSC to his or her liking. But current and former U.S. officials, as well as foreign affairs analysts who watch the NSC closely, expect extraordinary levels of change under Biden given how the body now functions under Trump.

Biden’s first priority will likely be to name a national security adviser; Tony Blinken, his longtime foreign policy aide, is the odds-on favorite. (Blinken has signaled that, unlike Trump, a Biden presidency will emphasize international alliances and democracy promotion as part of its foreign policy, but he’s said little about how institutions like the NSC will be structured.)

The next task will be evaluating, reorganizing and likely expanding the roster of government wonks and political appointees who make up the NSC staff.

When he took over in fall 2019, Trump national security adviser Robert O’Brien quickly pared back the council’s policy staff from, according to his count, 174 to what officials say is around 110 now. That’s a decrease of more than a third.

Those changes came after years of damaging leaks and allegations from Trump that a “deep state” within the government bureaucracy was thwarting his agenda. In Obama’s final years, his team, too, was reducing the number of NSC staffers, but now former U.S. officials say O’Brien has slashed too deep.

“There’s only so much fat you can cut, and pretty soon you start to get into muscle. This team has clearly gotten to the muscle,” a former Obama administration official said.

Throughout Trump’s term, the NSC has struggled to achieve its official purpose — coordinating policymaking among agencies — in part because the president tends to resent expert advice, makes decisions on the fly, and frequently changes his mind.

It's been a tumultuous four years: Trump’s first national security adviser, Michael Flynn, was fired and later pleaded guilty to lying to the FBI; his second, H.R. McMaster, never gelled with Trump and lasted about a year; his third, John Bolton, wrote a tell-all memoir ripping the president as “stunningly uninformed” and called him a “danger for the republic.”

READ:  Michigan, Pennsylvania and Wisconsin decided the 2016 election. We’ll have to wait on them in 2020.

The NSC also has been sidelined by other actors, such as Trump son-in-law and senior adviser Jared Kushner and senior aide Stephen Miller, on major issues ranging from the Israeli-Palestinian crisis to immigration policy.

When O’Brien took over from Bolton, he sought to revive the traditional NSC policymaking process — a highly structured system of memos and meetings involving Cabinet members and other top aides. Bolton had cut back on the regular gatherings of senior officials, preferring to keep decisions in his own hands.

According to NSC spokesperson John Ullyot, O’Brien has held more than 238 meetings of the so-called Principals and Deputies committees — more than 40 percent of such meetings across Trump’s entire term.

Still, O’Brien has at times appeared out of sync with Trump as well as other senior officials — clashing, for instance, with the chairman of the Joint Chiefs of Staff over troop levels in Afghanistan.

Beyond broad strokes, Biden has left few public clues about his plans for the NSC. One concrete promise he has made is to immediately restore the directorate for Global Health Security and Biodefense, which Bolton dismantled. Obama alums say that unit could have helped combat the coronavirus pandemic.

A particularly sensitive question for the Biden team is how many current NSC staffers would be asked to leave their positions. Trump political appointees at the NSC, of course, will be gone by Inauguration Day. But the NSC largely consists of career government employees detailed from other agencies.

When Trump first took the Oval Office, many of his political appointees mistreated career staffers at the NSC and elsewhere in government. Such civil servants were derided as “Obama holdovers,” even though some had been in government for decades, and many were accused of being insufficiently loyal to Trump.

Democrats have been among the most vehement defenders of career officials who found themselves in the crosshairs of Trump’s political appointees. But among some Biden supporters now, there’s a reluctance to trust career government staffers who have chosen to join the Trump NSC at this late a stage.

“Given the level of dysfunction, the challenges in front of a Biden-Harris administration, I think to the maximum extent possible bringing in new people would be helpful,” the former NSC staff member said.

Some said each staff member should be interviewed and evaluated on a case-by-case basis. All said it was critical not to use language like “Trump holdover” or “deep state” so as to restore morale among career employees in general.

When Hadley served as George W. Bush’s national security adviser, he sought to minimize the problems he’d seen with other presidential handoffs. He helped lead the organization of what’s often described as the “gold standard” of transitions in the final year of the second term.

That involved holding regular meetings with Obama transition aides and preparing dozens of briefing memos for the incoming team.

Biden and his transition team won’t know the full extent of everything they need to do regarding the NSC until they meet with Trump aides and gain access to the White House grounds. There already are worries that the Trump team will not be as forthcoming as it needs to be.

“I’m really nervous about this transition,” a former U.S. official said. “You’ve got a lot of maniacs who are going to be tempted to do things for the purpose of locking in some sort of policy by creating a problem that precludes doing the sort of things the new administration will want to do. Or just purely out of spite.”

But Biden and his team will need to move fast to build the national security infrastructure they envision if he is to fulfill the many promises he’s made during the 2020 campaign.

“You have an opportunity in the early days to have your biggest impact,” a second former U.S. official said. “You have the momentum of the election. And a fresh start.”

Luckily for Biden, “the NSC staff is the most flexible institution within the national security establishment,” Feaver said. “It always adjusts to suit the style and personality of the president and can do so more quickly and dramatically than the departments and agencies. Presidents get the NSC they ask for — for good and for ill.”