Extreme weather poses risks to supply chains, food and water, housing and energy, according to a two-page fact sheet on the order. 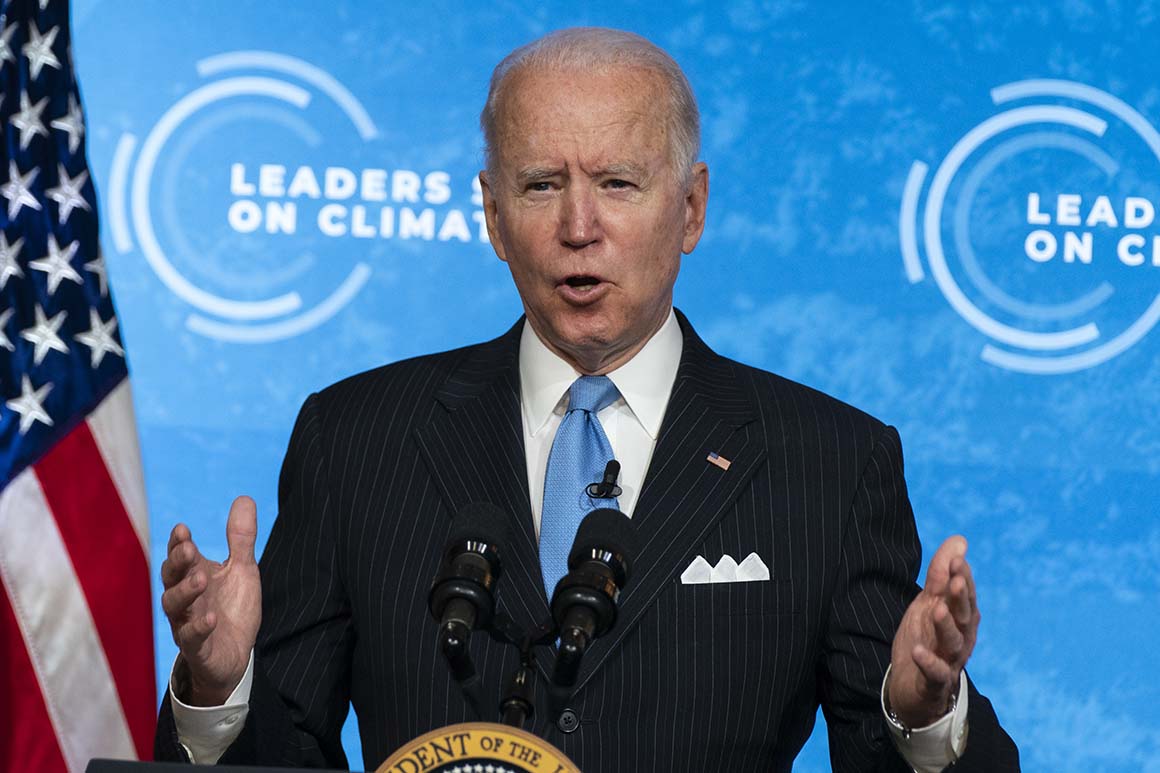 President Joe Biden will direct agencies to mitigate the financial risk of climate change to homeowners, consumers, federal workers, businesses and the government itself in a sweeping executive order set to be signed Thursday night.

Extreme weather poses risks to supply chains, food and water, housing and energy, according to a two-page fact sheet on the order. The document follows the contours of a four-page draft executive order obtained by POLITICO in April.

“Our modern financial system was built on the assumption that the climate was stable,” Deese told reporters. “It’s clear we no longer live in such a world.”

The order directs regulators, budget writers and purchasing agencies to rethink how they do the taxpayers’ business. While it focuses on financial risk, the measures will reach well beyond Wall Street. Its provisions have the potential to affect a myriad of public and private companies, as well as average Americans who own homes, pay into retirement funds, or buy insurance.

As wildfires, storms, flooding and intense heat become the norm, one of the administration’s overarching goals is to coax trillions of dollars in capital away from high-risk industries and places and into investments such as renewable energy and green construction.

The order is an attempt to move that process along with the heft of government oversight and federal spending power. The Office of Management and Budget next year will begin incorporating climate risk into its projections. Major federal suppliers, public and private, will be required to disclose their greenhouse gas emissions and climate risks, information that agencies will use in their purchasing decisions.

The details: The order will require Deese and National Climate Adviser Gina McCarthy to develop, within 120 days, a strategy for identifying and disclosing the climate-related financial risk to government programs, assets and liabilities.

Some directives laid out by the order are already under way.

Yellen, as chair of the Financial Stability Oversight Council of prudential regulators, is asked to assess climate-related financial risk to the government and the financial system and deliver a report within 180 days, a process that she began in March. The council of top financial regulators includes the leaders of the Federal Reserve and the Securities and Exchange Commission.

The order directs the Labor Department to suspend, revise or rescind rules issued under former President Donald Trump that would bar investment firms from considering environmental, social and governance factors in decisions related to worker pensions and retirement funds. Labor Secretary Marty Walsh has already signaled a rollback of those rules.

The executive order calls for improvements to federal lending programs, including mortgages and agriculture loans. The Federal Housing Finance Agency, which oversees a big share of the U.S. mortgage market, is examining the effects of flood risk on home loans.

Cushing said with many of the initiatives already in the works, the administration needs to have its recommendations in place before 180 days, a deadline that coincides with a U.N. meeting in Glasgow to update a global climate framework to limit warming to 1.5 degrees Celsius.

READ:  Liberals to Biden: Ditch the infrastructure talks with Republicans

“The most important thing we have in the fight against climate change is time, and there’s none of it to waste,” Cushing said.