Hill Democrats may be fine with that. Even immigration reform advocates say they’d understand. 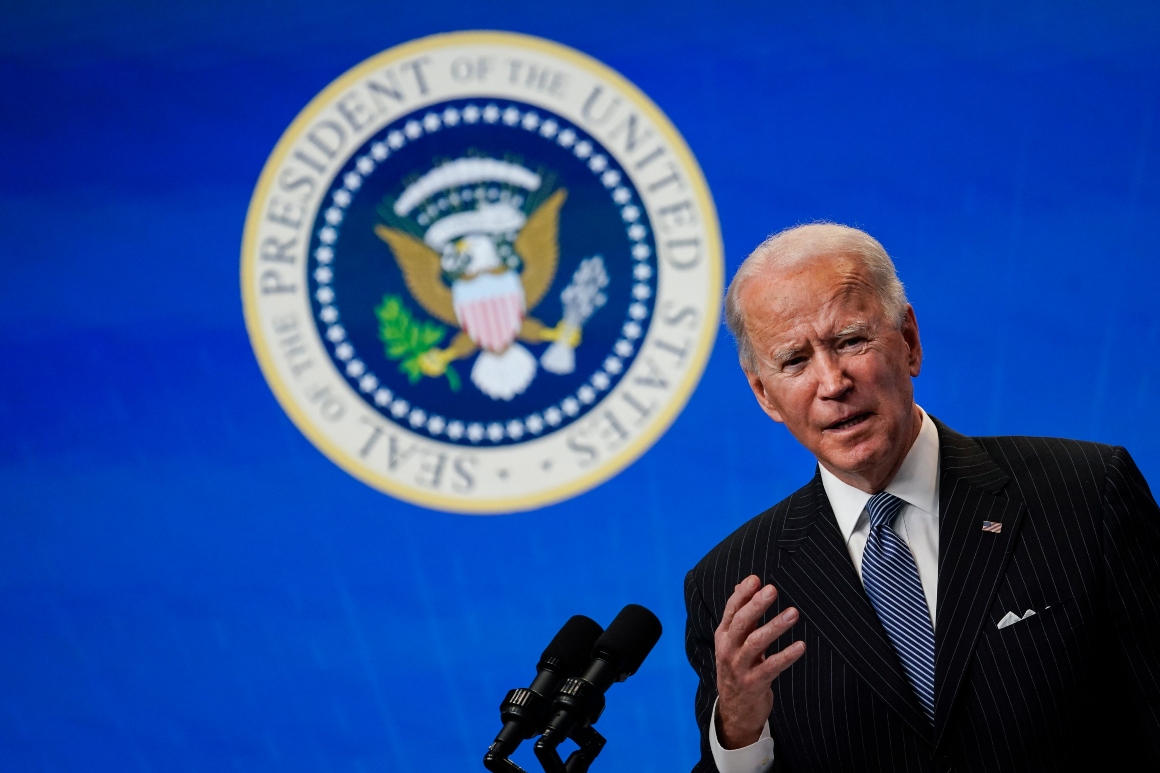 When President Joe Biden unveiled an immigration bill on the first day in office, he sent a signal to advocates, the Democratic base, and Congress that the issue was a top priority for him.

But even as the president and Democrats on the Hill begin the heavy lift of turning a priority into law, the White House is weighing taking a secondary path: doing it piece by piece.

But the main objective is progress. And if that means moving components of reform through Congress one at a time, or in smaller packages, Biden will be fine with that, two sources close to the White House said.

“It's not an all-or-nothing approach,” said one source with knowledge of the White House discussions. “We aren’t saying you have to pass the Biden bill. But we are saying this is what we want to do and we are planning to move legalization forward.”

Biden’s immigration plan was an aggressive opening salvo embraced by the base, while Republicans, not surprisingly, gave it a cool reception. Some on the Hill privately questioned if Biden was simply checking a box to appease activists. Immigrant advocates, for their part, say they have no reason to believe — at this point — that Biden’s bill is ceremonial. But they warn that if substantial immigration reforms don’t reach his desk by the end of the year, Democrats and Biden would not only face an uproar from Dreamers and grassroots organizers — but the party could suffer politically as well.


“I want to be clear: There is nothing about the way they are behaving right now that suggests it is not a priority,” said Lorella Praeli, president of Community Change Action, a progressive grassroots group. “And in the event that it were not [a priority], they will lose the majority in 2022.”

Biden’s proposal, introduced hours after he was sworn in, includes a pathway to citizenship for 11 million undocumented immigrants, expanded refugee resettlement and more technology deployed to the border. Though he is leaving Congress to hash out the mechanics of passing his immigration plan, he’s also moving ahead with a slate of executive actions on Friday. Among the orders in the works are one that restores asylum protections and another that creates a task force to reunify families separated at the border.

Taken together, Biden’s legislative immigration plan and swift unilateral actions present a clear departure from the last time a Democrat was in the White House. At a minimum, Biden seems keen to avoid the missteps during former President Barack Obama’s first term, when Democrats controlled both chambers, but Obama didn’t pursue comprehensive immigration reform. Rather than wait until after the 2022 midterms or into a second term, Biden sent his plan to the Hill immediately.

“For the next decade, people criticized the Obama administration for not having introduced a bill when they had control of the Senate and the House,” Fresco added. “Joe Biden is simply not going to repeat that mistake.”

As sources close to the administration put it, Biden wanted to make his immigration priorities clear, even if the process of getting passed into law will be arduous.

“He’s not starting at the 50-yard line” with a moderate proposal like Obama did, said the source close to the White House.

A White House official disputes that Biden is deferring to Congress and says the president is working with lawmakers to pass the larger bill. That proposal includes elements the president feels weren’t effectively addressed previously as the Trump administration’s policy was centered around building a border wall, the official said. “We expect elected officials from both sides of the aisle to come to the table so we can finally get this done,” the official said. 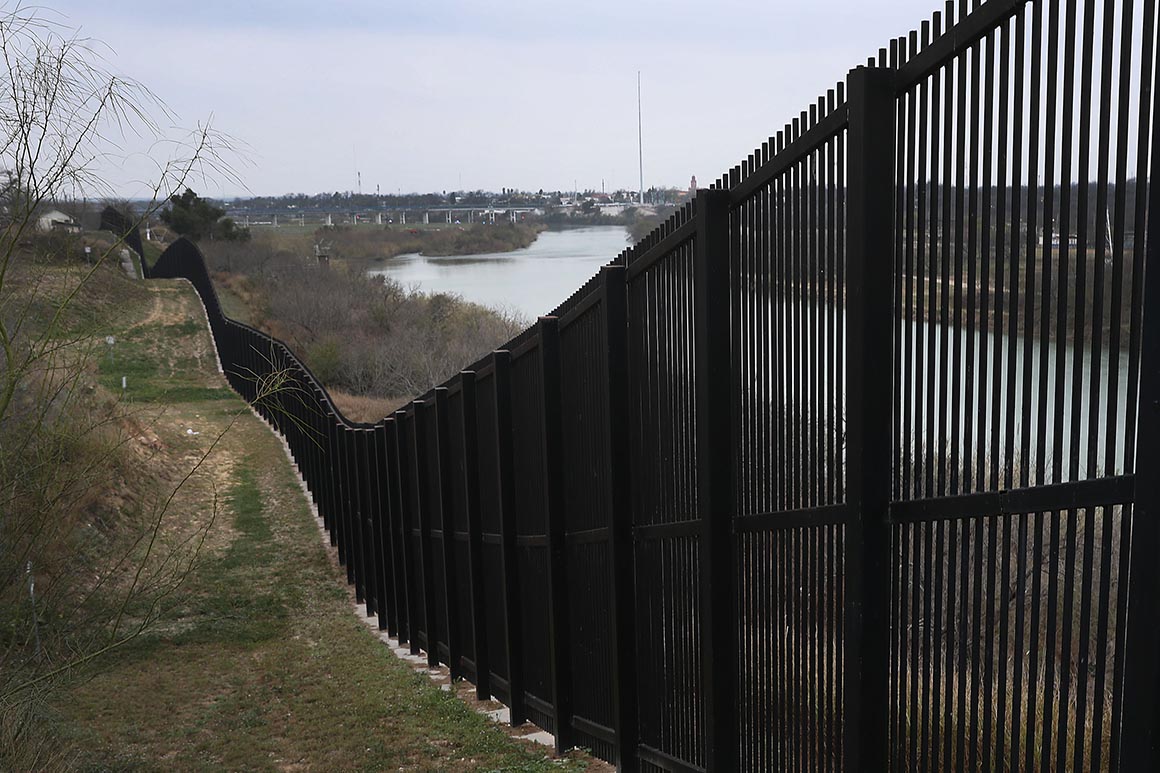 Additionally, other sources close to the White House and a number of immigrant advocates said Democrats must frame any immigration push as vital to the country’s economic recovery. But while the administration is actively monitoring and engaged in the reform effort, it’s stepping back while Congress works out the actual legislative language.

“We’re not going to just enforce our will,” Cedric Richmond, director of White House Office of Public Engagement said during an event with POLITICO last week. Congress should view Biden’s bill as “a statement of priority,” he said, but they have to “buy into it.”

Most lawmakers and staff who spoke to POLITICO say they think Biden is serious.

Sen. Bob Menendez (D-N.J.) described passing a comprehensive reform bill as a “herculean task.” But the Biden administration “will put political capital on the table to make it happen,” he said on a call with immigrant and labor advocates last week.

Undoubtedly the divisiveness stoked under former President Donald Trump is going to make cross-party support for any major immigration bill hard to come by. As one House chief of staff put it, “there really is no room for error.”

Despite early pushback from some Republicans, Menendez is optimistic more will come to the table. He’s spoken with Sen. Lindsey Graham, who in 2013 supported comprehensive reform, and Menendez thinks the South Carolina Republican will ultimately support reform measures. Menendez has not spoken to Sen. Marco Rubio (R-Fla) about the bill yet, but he’s talked to other Republicans who voted in favor of the effort in 2013. The additional Republicans still in office that supported immigration reform under Obama are Sens. John Hoeven (N.D.), Lisa Murkowski (Alaska) and Susan Collins (Maine).

Menendez and a number of other Democratic lawmakers said they want to push a large immigration package at once, hopeful that it will provide more leverage in negotiations. But the realities of a split Senate make it harder, and other senators like Senate Majority Whip Dick Durbin—who will be tasked with shepherding any immigration reforms through the Senate Judiciary Committee—have left the door open to a more step by step approach.

Though talks are early and fluid, some House members working on Biden’s immigration proposal said during a recent meeting that they want to take a shot at a comprehensive bill first. But they said they’re open to breaking off individual pieces if the larger bill stalls, according to a source with knowledge of discussions. A sweeping package could meet fierce resistance in the 50-50 Senate if Democrats don’t eliminate the legislative filibuster or find ways to include immigration proposals in the budget reconciliation process.

If, in fact, Congress does decide to break the bill down into components, they may find that advocates are receptive to that approach.

That’s because those advocates are eyeing a ticking clock: Bills that were passed last Congress can be moved to the floor directly without having to go through committee if they are voted on before April 1. If brought to the floor before the deadline, certain bills, such as those providing a pathway for so-called Dreamers, temporary protective status holders and Deferred Enforced Departure holders from war- and disaster-ravaged countries could move through the House more quickly.

“Certainly Democrats should do the work to build support for the president's larger-scale reform proposal,” said Tom Jawetz, vice president of immigration policy at the Center for American Progress. “But they can't let any opportunity pass or any legislative tool go unused.” That includes using reconciliation to provide permanent protections for essential workers and their family members on the coronavirus relief and economic recovery packages currently in the works, he said.

Jawetz and other advocates have urged Democrats in Congress to take wins where they can get them, saying it could build goodwill and an appetite for even more action.

If Democrats don’t begin moving those components this spring then “there will be a lot of backlash coming because everyone knows that this is the moment,” said Marshall Fitz, managing director of immigration for the Emerson Collective, a social justice organization.

So far, advocates are taking Biden at his word, saying they have no reason to believe he sent his immigration bill to Congress on Day One simply as a symbolic gesture. Still, they’re watching closely and mounting pressure campaigns that include digital ad buys and readying grassroots organizing, to ensure Congress acts decisively. A number of immigrant rights groups are also participating in regular briefings with House staff.

“[We can] be cynical or skeptical about what the likelihood of Republicans coming to the table on some of this might be,” Fitz said. “But I think Biden really legitimately does want to see how far he can go.”