The White House made clear on Wednesday that they do not know if the president has the authority to do so, even as Democrats in Congress pressure him to act. 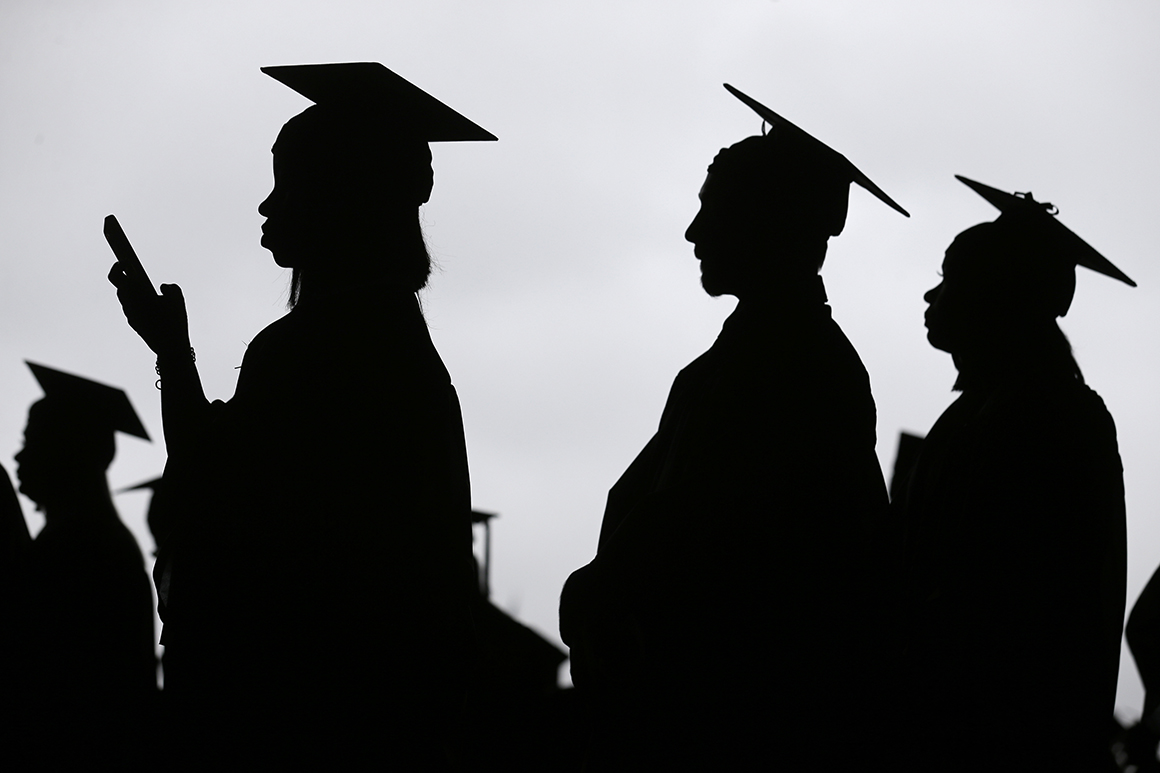 In the starkest terms he’s used to date, President Joe Biden made explicit Tuesday night that he favors modest student loan debt relief over the ambitious proposal his progressive base — and party leader in the Senate — is demanding.

Then, on Wednesday, his White House suggested that even that modest package may not happen.

Speaking to reporters at the daily briefing Wednesday, White House press secretary Jen Psaki said Biden planned to hold off on making any decisions on student loan debt executive action until his appointees at the Justice Department have a chance to review the issue. There is no immediate time frame on that legal review process, which will happen alongside a review by Biden’s domestic policy advisers, she said.

“We’ll wait for that conclusion before a final decision is made,” Psaki said.

The timeline offered is the latest indication of discomfort that the Biden White House has with calls to move swiftly and aggressively on student debt forgiveness. At a CNN town hall Tuesday night, Biden ruled out canceling $50,000 of federal student loan debt per borrower, saying he is more comfortable forgiving debt of $10,000 per borrower.

“I will not make that happen,” Biden emphatically told an audience member in Wisconsin who asked him about wiping out $50,000 per person of student loan debt, a proposal that’s been pushed for months by Senate Majority Leader Chuck Schumer, Sen. Elizabeth Warren (D-Mass.) and a slew of other progressive lawmakers.

“I'm prepared to write off a $10,000 debt, but not 50,” Biden told the audience member, responding to the issue directly for the first time as president. “Because I don't think I have the authority to do it by signing the pen.” 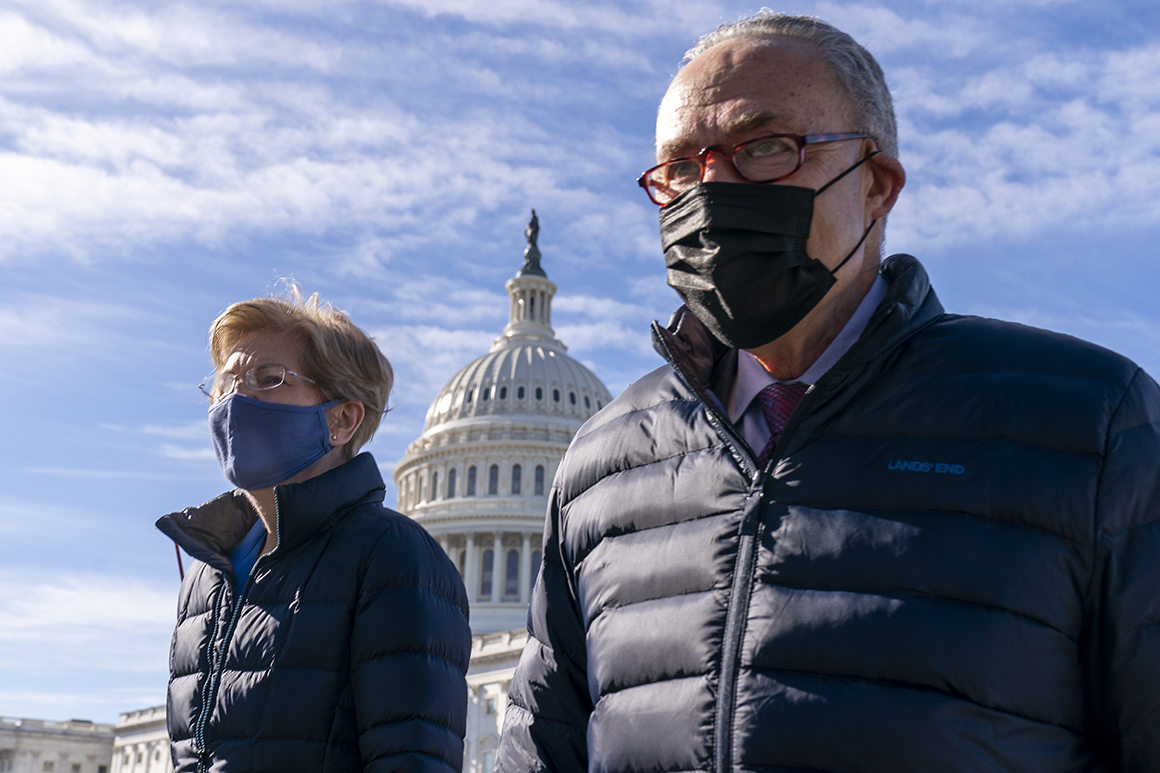 White House officials said Wednesday that Biden’s reference to writing off $10,000 of loan forgiveness was not meant as a descriptor for executive action but to reflect his endorsement of achieving that goal through legislation, which he has not yet proposed.

Such a plan would likely face a difficult path in Congress where even some moderate Democrats and nearly all Republicans have opposed sweeping forgiveness of student loans.

Some Democrats have also said that billions of dollars spent on widespread loan forgiveness could be better spent elsewhere or should at least be targeted to student borrowers with the most need.

“Even modest student loan forgiveness proposals are staggeringly expensive and use federal spending that could advance other goals,” Adam Looney, an Obama administration Treasury official and now a senior fellow at the Brookings Institution, wrote last week. “The sums involved in loan-forgiveness proposals under discussion would exceed cumulative spending on many of the nation’s major anti-poverty programs over the last several decades.”

Biden’s comments at the CNN town hall drew the ire of progressives and elected Democrats on Wednesday.

“It’s time to act,” Schumer and Warren said in a joint statement, reiterating that they believe the administration “has broad authority to immediately deliver much-needed relief to millions of Americans.”

Adam Green, co-founder of the Progressive Change Campaign Committee, said Biden’s rejection of the $50,000 dollar figure and potential nixing of loan forgiveness via executive action “seemed unnecessary” and would hurt his standing with grassroots activists who are pressing for swift action.

“It throws cold water on activists’ enthusiasm for no reason whatsoever,” Greene said, calling it a “distraction” for other parts of his agenda, such as Covid relief, where progressives have largely been pleased with his approach.


Rep. Alexandria Ocasio-Cortez (D-N.Y.) also pushed back on Biden’s town hall answer on student debt, saying in a tweet that the “case against student loan forgiveness is looking shakier by the day.”

READ:  Trump claims Gaetz 'never asked me for a pardon'

“We’ve got the *Senate Majority Leader* on board to forgive $50k,” said Ocasio-Cortez, who is a potential primary threat to Schumer in his reelection bid next year. “Biden’s holding back, but many of the arguments against it just don’t hold water on close inspection. We can and should do it. Keep pushing!”

Proponents of debt cancelation have increasingly framed the debate as a racial justice issue, noting the disproportionate burden of student loan debt on borrowers of color.

“It’s definitely out of step with the Black voters who not only elected him but who also delivered the majority for Democrats,” she said. “It will require more pressure for him to fully understand how important this is to Black voters and many other progressive voters.”

Alexis Goldstein, senior policy analyst at Americans for Financial Reform, which has organized hundreds of civil rights, labor and progressive groups lobbying in favor of canceling debt, said that she was optimistic about the Biden administration’s review of the issue.


“We remain confident that this is something the president can do by executive action,” she said, adding that the $10,000 level should be a starting point, not a ceiling. “We will continue to press the president for a number that better reflects the crisis and better addresses the racial equity issues.”

READ:  Trump pulling dozens of diplomats out of Iraq

Roughly 45 million Americans owe approximately $1.6 trillion in federal student loans. Canceling $10,000 of student loan debt would completely wipe out the debts of more than 15 million borrowers whose current balances are less than or equal to that amount, according to the most recently available federal data as of Sept. 30.

Among college students who borrow money to attend college, the average student graduates with an average of nearly $29,000, according to the most recent analysis by the Institute for College Access & Success.

The forthcoming legal review by DOJ announced by the White House comes amid a hotly contested debate over whether the Education Department itself has the power to cancel large swaths of its outstanding student debt portfolio.

Proponents of student debt relief say long-standing provisions of the Higher Education Act give the education secretary broad authority to wipe out loans. So too, they argue, does a separate 2003 law that provides the Education Department with more discretion over student loans during declared emergencies.

But the Trump administration, in its waning days in office, issued a legal opinion concluding the department lacks the authority to wipe out large amounts of debt without congressional approval. That memo, written by a Trump political appointee, is not binding on the agency and could be reversed by the Biden administration. An Education Department spokesperson on Wednesday declined to say whether the Trump administration’s memo remained in force at the agency or whether it would be rescinded.