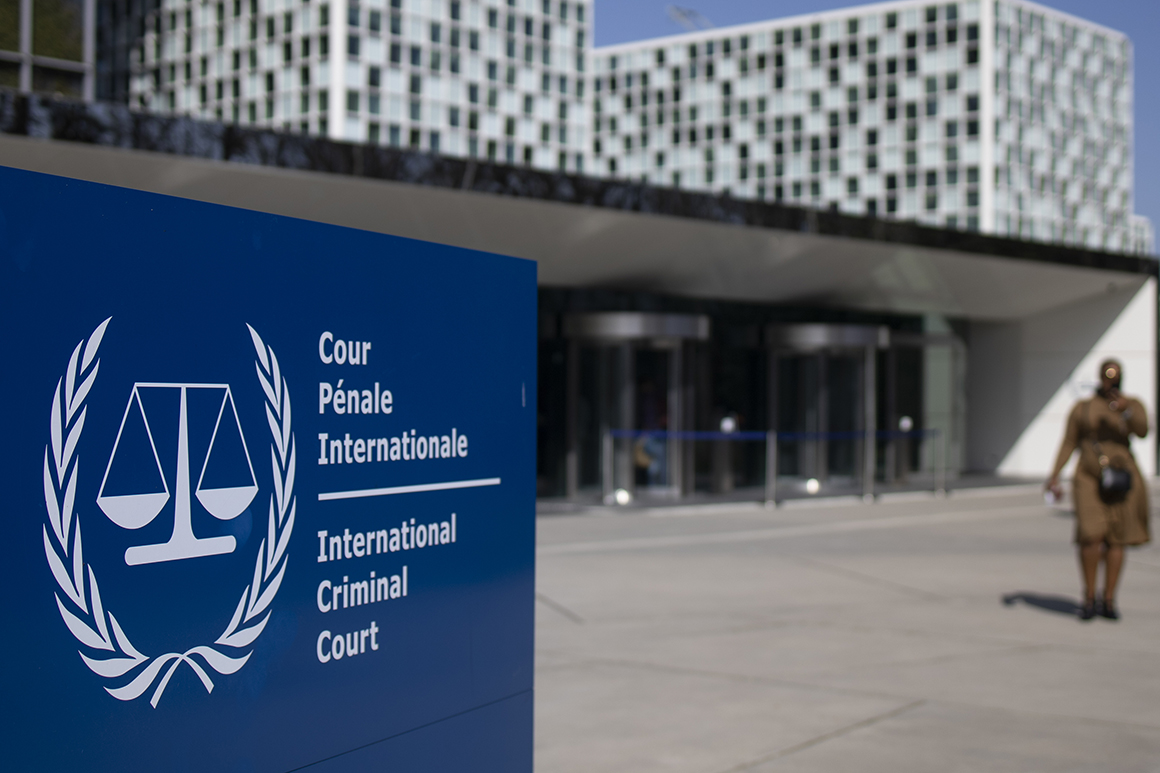 The Biden administration move will please human rights activists as well as many of America’s allies in Europe, a group Biden is determined to reconnect with in the wake of souring relations under Trump.

Still, the Biden administration, like other Republican and Democratic administrations in the past, remains wary of the ICC, whose jurisdiction the United States does not recognize. Just weeks ago, the U.S. slammed the ICC for moving toward investigating Israel’s treatment of the Palestinians, noting that Israel also does not submit to the court’s jurisdiction. The Trump administration had imposed the penalties in part because of ICC efforts to investigate actions of the U.S. and other parties in Afghanistan.

“We continue to disagree strongly with the ICC's actions relating to the Afghanistan and Palestinian situations,” Secretary of State Antony Blinken said in a statement that announced an end to the sanctions. “We maintain our longstanding objection to the Court’s efforts to assert jurisdiction over personnel of non-States Parties such as the United States and Israel. We believe, however, that our concerns about these cases would be better addressed through engagement with all stakeholders in the ICC process rather than through the imposition of sanctions.”

The Trump administration in September 2020 imposed economic sanctions on top ICC officials, including Chief Prosecutor Fatou Bensouda. The sanctions froze any U.S. assets Bensouda may have had.

Earlier in 2020, Trump authorized the use of such sanctions against the ICC, and also declared the situation a national emergency, calling the court a “threat” to the U.S.

The previous year, the Trump administration had revoked Bensouda’s U.S. visa, citing her efforts to investigate alleged crimes in Afghanistan. It also said it would ban visas for others linked to the court, though it gave few details.

The decisions astounded human rights activists as well as some governments. Dozens of countries rebuked the Trump moves, issuing a statement that, while not naming the U.S., said “any attempt to undermine the independence of the court should not be tolerated.“

Friday’s announcement noted that Biden had revoked an executive order issued by Trump that offered a legal basis to impose the sanctions on the ICC officials.

Among those pushing the Biden administration to lift the ICC sanctions was Rep. Ilhan Omar, a progressive Democrat from Minnesota. Omar lauded Friday’s announcement.

“The staff of the International Criminal Court are public servants who dedicate their life to enforcing the most heinous crimes imaginable,” she said in a statement. “If we are to live up to our values of respect for human rights and democratic norms, United States should be leading the pursuit of international justice, not blocking it.”