The 90-minute session with the prime minister was the first meeting of the president’s first foreign trip. 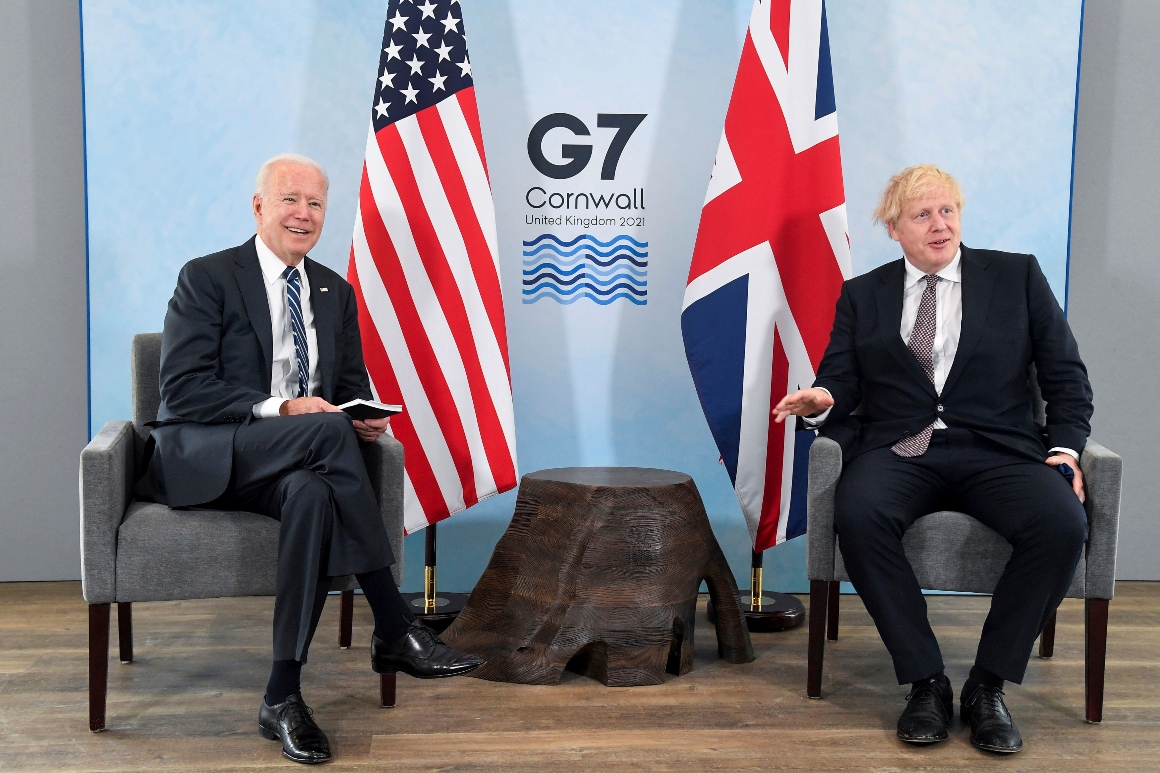 President Joe Biden and British Prime Minister Boris Johnson promoted their efforts to strengthen the U.S.-U.K. alliance in a joint statement released after their bilateral meeting on Thursday — Biden’s first overseas summit with a foreign leader since assuming office.

According to the statement, the 90-minute session focused on democracy, human rights and multilateralism; defense and security; science and technology; trade and prosperity; climate and nature; health; and the shared commitment to Northern Ireland.

Biden and Johnson laid out their “global vision” in an updated version of the Atlantic Charter of 1941, the agreement authorized by Franklin D. Roosevelt and Winston Churchill that established a set of post-war objectives for the two countries’ relationship.

“Our revitalised Atlantic Charter, building on the commitments and aspirations set out eighty years ago, affirms our ongoing commitment to sustaining our enduring values and defending them against new and old challenges,” Biden and Johnson said in the new charter’s text.

“We commit to working closely with all partners who share our democratic values and to countering the efforts of those who seek to undermine our alliances and institutions,” they added.

According to a readout of the meeting provided by Downing Street, the president and the prime minister “discussed the importance of the relationship between the U.K. and the U.S. for protecting our people, boosting prosperity in both our countries and promoting our values around the world.”

Biden and Johnson “agreed that the U.K.-U.S. partnership was more important than ever as we tackle shared challenges like climate change and building back better from the coronavirus pandemic,” Downing Street said.

The two leaders also discussed foreign policy toward Afghanistan, China, Iran and Russia; a potential free trade agreement; reopening travel between their two countries; and their commitment to the Good Friday Agreement of 1998, which brought an end to political conflict in Northern Ireland.

The president and first lady Jill Biden met the prime minister and his wife, Carrie Johnson, earlier Thursday afternoon in the seaside village of Carbis Bay in Cornwall, England, where they exchanged pleasantries and gazed out at the cloudy beachfront of St. Ives Bay.

Biden and Johnson then examined documents and photographs related to the original Atlantic Charter before participating in a brief media appearance ahead of their meeting. Johnson said it was “fantastic to see” Biden for the “first big overseas trip” of his presidency and that “everybody is absolutely thrilled to see you.”

Among the U.K. officials joining Johnson in the British delegation were Secretary of State for Foreign and Commonwealth Affairs Dominic Raab, British Ambassador to the U.S. Karen Pierce, Minister of State David Frost and National Security Adviser Stephen Lovegrove.

Later Thursday evening, Biden delivered remarks at Tregenna Castle in Carbis Bay about the global fight against Covid-19, formally revealing his administration’s plan to purchase 500 million doses of Pfizer’s coronavirus vaccine to distribute to other nations.

On Friday, Biden will attend the first day of the Group of Seven summit in Cornwall. Johnson is hosting the annual meeting of the leaders of the world’s most economically advanced countries.