The president said the U.S. intelligence community will “redouble” efforts to uncover the pandemic’s beginnings. 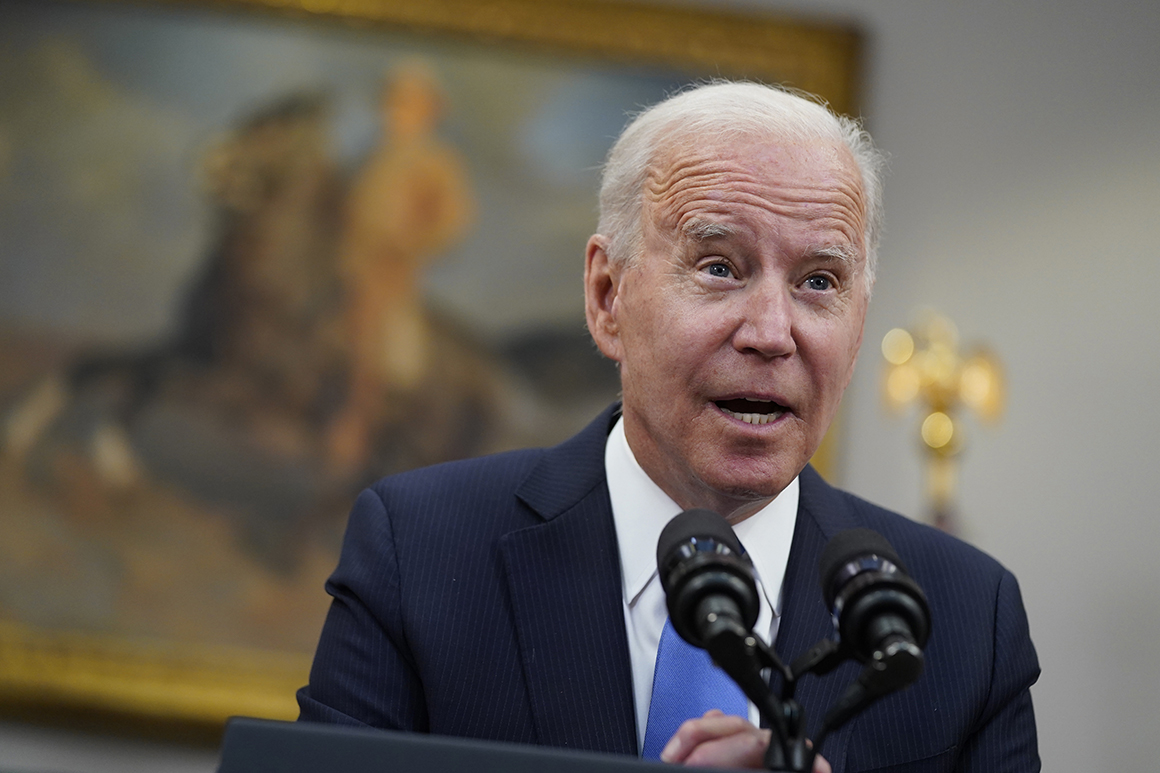 President Joe Biden said Wednesday that the U.S intelligence community is split between two origin theories for the Covid-19 pandemic.

In a statement Wednesday, Biden notably did not detail the two theories between which the intelligence community is split. The president's statement did note that he had ordered a review of the pandemic's origins, "including whether it emerged from human contact with an infected animal or from a laboratory accident," but did not say whether either of those two scenarios were among the options considered to be "likely scenarios" by the intelligence community.

The president said he had ordered the intelligence community to “redouble” efforts to look into the situation to "bring us closer to a definitive conclusion" and report back in 90 days. That investigation will include “specific questions” for China, the nation where the coronavirus that causes Covid-19 is widely believed to have originated, Biden said.

The president added that the U.S. and its partners will push China to take part in a “full, transparent, evidence-based international investigation and to provide access to all relevant data and evidence.”

“Getting to the bottom of the origin of this pandemic will help us understand how to prepare for the next pandemic, and the next one,” Karine Jean-Pierre, principal White House deputy press secretary, said at a press briefing Wednesday.

Jean-Pierre said the Biden administration is and has been committed to a “whole-of-government effort” on the situation. She repeatedly declined to say if China will face any penalties if it doesn’t cooperate with investigations and which elements of the intelligence community are leaning towards one pandemic origin or another.

“We’re going to go with the 90 day investigation and see where it takes us from there,” Jean-Pierre said. “We’ll have more to share after the 90 days.”

Senior Biden national security officials had previously told POLITICO they hadn't announced a formal probe because China is unlikely to release lab records that would aid the investigation.

Support has mounted in recent days in Congress for an investigation into how the pandemic began after a Sunday Wall Street Journal report that three researchers at the Wuhan Institute of Virology had symptoms consistent with Covid-19 and were hospitalized in November 2019.

The lab leak theory had for months been widely panned by many in media and political circles as an unlikely conspiracy theory. But that thinking has shifted in recent weeks to reexamine the possibility of a lab leak even as evidence to definitively prove it — or any other origin theory for the pandemic — remains elusive.

Many scientists say the most likely scenario is that the virus "spilled over" from an unknown animal — likely a bat — into humans. But they cannot rule out the possibility of a lab leak based on available evidence, given China's unwillingness to share data related to the early days of the pandemic.

The evidence gathered by the Trump administration, including reports that three scientists at the Wuhan Institute of Virology were hospitalized with Covid-like symptoms in November 2019, is circumstantial at best.

Senior Biden officials had previously said that investigations into the pandemic's origins should be led by an independent, international group like the World Health Organization. The WHO issued a report in March calling a lab leak "extremely unlikely" after an investigation for which China did not share key lab data and records.

Jean-Pierre said Wednesday that China has not been transparent enough amid probes into the pandemic's origins but denied that the timing of Biden’s announcement had to do with the Wall Street Journal report.

“This is something the president has been working on for some time,” Jean-Pierre said.

Biden received the intelligence community’s report earlier this month, according to his statement, but Jean-Pierre said that because of classified information, it took “some time” to make it public.

More than 588,000 people in the U.S. have died from Covid-19, according data from the Centers for Disease Control and Prevention, and the virus has killed millions of people across the world.