The disclosure of the president’s filings restored a tradition that Donald Trump had broken. 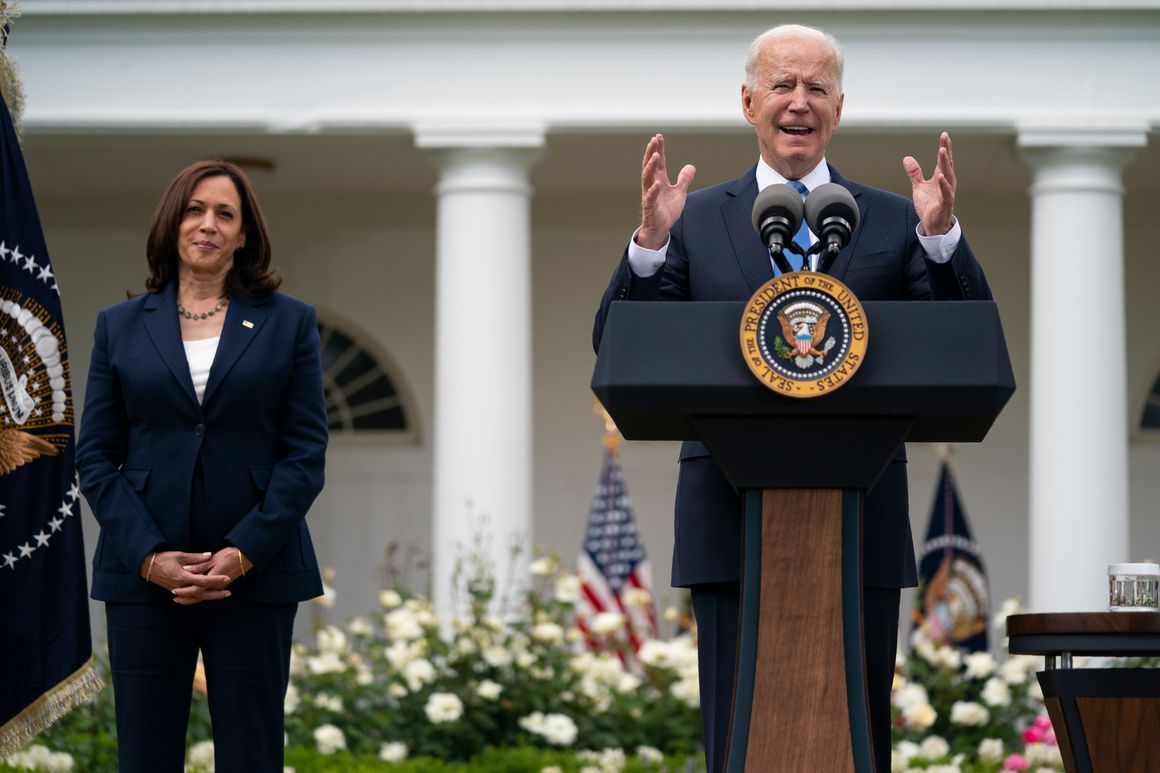 President Joe Biden and Vice President Kamala Harris released their 2020 tax returns on Monday, resuming a decades-long tradition by those holding the offices.

Biden’s quick release of his tax returns is in sharp contrast with former President Donald Trump, who never released his. The New York Times has reported Trump paid very little in taxes and claimed large refunds.

Biden’s income dropped significantly from 2019, when he reported $985,233 in adjusted gross income.

Part of Biden’s decrease in income can be attributed to earning less in terms of pass-through business income.

After his stint as vice president during the Obama administration, this is where he routed book income, allowing him to save significant sums on self-employment taxes — a method dubbed the Gingrich-Edwards loophole for former House Speaker Newt Gingrich and former presidential candidate John Edwards, who used similar non-corporate businesses to keep down their self-employment tax payments. As a candidate, Biden proposed to eliminate the Gingrich-Edwards loophole.

Lawmakers from high-tax states like New York, New Jersey and California have been pressing Biden to eliminate the $10,000 cap on federal deductions for state and local taxes, which would very much help Biden’s personal finances, his tax returns show. He racked up $90,289 in state and local taxes in 2020, way above the maximum deduction amount Republicans set in place as part of their 2017 tax overhaul legislation.

Harris and Emhoff’s income dropped sharply over the prior year, but was similar to the amounts they had listed on their 2018 returns, which Harris released as a candidate for president.

In the latest return, much of their income came from Emhoff’s past work at a law firm, DLA Piper, though Harris did report nearly $300,000 income from her 2019 book in addition to her U.S. Senate salary.

Their assets were listed as being between $3.1 million and $7 million.

Biden reported giving more than $30,000 in charitable contributions, including $10,000 to the Beau Biden Foundation for the Protection of Children and $5,000 to the Food Bank of Delaware, as well as the International Association of Fire Fighters. Harris reported more than $27,000 in donations to charity.

After President Richard Nixon’s tax troubles, every president since 1974 has released tax details, except for Trump. Biden has released 23 years of returns.

Trump, who shattered many presidential norms during his time in office, came under heavy fire throughout his term for not releasing his tax returns. The Times’ investigation found that Trump paid only $750 in federal income taxes in 2017. Trump saidthe Times’ report was “fake news.”

Trump repeatedly declined to release his returns, citing that he was under audit — even thought that didn’t prevent him from releasing them if he chose to. Former Vice President Mike Pence released 10 years of tax returns in 2016 when he was a candidate, but has not released tax returns from when he was in office.

READ:  Biden: Putin will ‘pay a price’ for interfering in 2020 election

While making Biden’s returns public, the White House made a not-so-subtle jab at Trump.

In February, the Supreme Court opened the door for New York City prosecutors to get eight years of Trump’s tax returns as part of an ongoing investigation into his business empire. House Democrats have tried many times to gain access to his financial records.

Biden and Harris also released their annual personal financial disclosures on Monday, with the White House saying neither has conflicts of interest.

At 11 pages, Biden’s was much shorter than Trump’s first as president, which was more than 100 pages long. Harris’ disclosure was 15 pages.

Biden’s disclosure form notes he was on an unpaid leave of absence from his professorship at the University of Pennsylvania from April 2019 until January 2021, when he formally cut ties with the university.

Biden’s form showed liabilities of a home mortgage, and two loans of less than $50,000.

Harris’ disclosure form shows close to $360,000 in advances from publishers for her political memoir, “The Truths We Hold.” Biden reported less than $201 in income each from two books.

Biden and Harris both did not disclose any gifts.

READ:  McConnell would support Trump if he got 2024 Republican nomination
Shares
Share This
Finance Advice 2021