The president wants to talk about his rescue package, but will face a barrage of questions on the border and mass shootings at his first news conference. 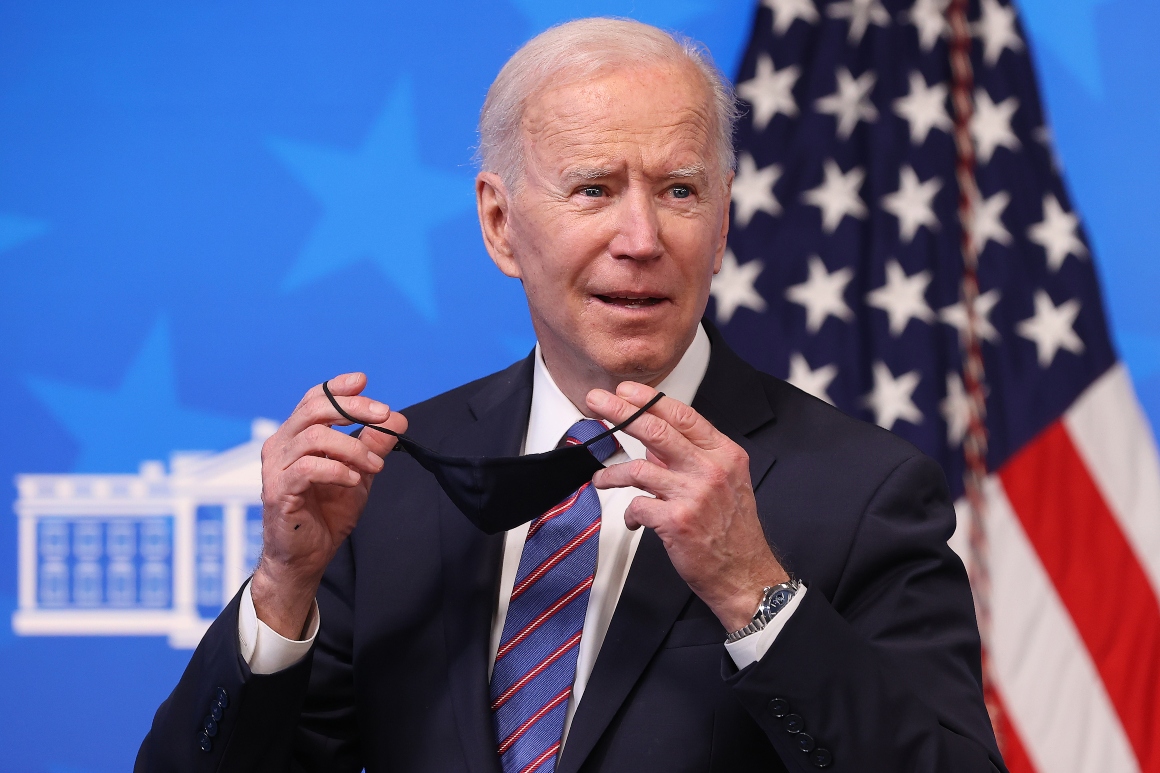 When the White House announced that Joe Biden would hold his first news conference, the president had just embarked on a victory tour across the U.S. touting a legislative package he hoped would help control the pandemic and revive the economy.

Nine days later, as Biden prepares to take questions from journalists at the White House, his administration is facing criticism from even some supporters over a surge of immigrants at the southern border, his failure to release a plan to curb gun violence and the lack of sufficient Asian-American representation in the Cabinet.

Biden will undoubtedly be asked about a barrage of issues Thursday other than the topic he wants to talk about: the $1.9 trillion American Rescue Plan designed to lift millions of Americans out of poverty.

“You can lay out a multi-week plan to just focus everyone’s attention on Covid relief and the world intercedes,” said Robert Gibbs, White House press secretary for Obama who is in touch with the Biden White House. “You simply can’t predict what’s going to happen. Inside the building you can’t get obsessed with controlling the uncontrollable. It’s just being able to navigate it.”

Biden’s staff has tried to carefully script the president’s days with particular themes and events. It’s a page taken from his former boss, Barack Obama, whose team embraced the moniker no-drama Obama. And it’s a stark contrast to his predecessor, Donald Trump, who regularly stepped on his team’s own message with his abrupt firings, feuds with world leaders, and fights with criticisms of members of his own political party throughout his four chaotic years in office.

Biden allies insist the White House can juggle multiple priorities at the same time and that Biden himself is familiar with the unpredictability of the job after serving eight years as vice president.

Still, in the last days, Biden’s team has been scrambling to take control of the message on a host of issues.

The administration relented and allowed a journalist into a Texas border shelter for unaccompanied migrant children after weeks of accusations it was hiding the conditions.

It assured activists lobbying for firearm restrictions it will release executive actions to combat gun violence out in the coming weeks after two back-to-back mass shootings.

It pledged to appoint a senior Asian-American official in the White House to fend off a threat from a Democratic senator to vote against future Biden picks over a lack of nominees of Asian American descent.

And it announced Biden will keep hammering home on the need for a massive jobs and infrastructure bill on a trip to Pittsburgh next week to pitch his “Build Back Better” plan.

But if the aim was to reorient the conversation, the White House’s flurry of announcements weren’t immediately successful.

On Wednesday morning, when Vice President Kamala Harris appeared on CBS This Morning, anchors pressed her repeatedly on possible Biden executive actions on guns, the treatment of children on the border, the rise Asian-American hate crimes and the lack of diversity in the Cabinet.

At one point, CBS’ Gayle King said about the border: “There doesn’t appear to be, right now, a game plan.”

One thing Harris did not get asked about in the interview was the Covid package, even as she and Biden, along with their spouses, have been traveling around the country on the Help is Here tour to promote the American Rescue Plan that will send $1,400 checks to Americans, increase enhanced unemployment benefits and pump billions of dollars into vaccine distribution and reopening schools.

“When you announce it far in advance you put yourself at risk of getting hijacked with whatever is hot and breaking as opposed to whatever you want to talk about,” he said.

The announcement came after the president began to face questions for the delay in the news conference. But even by that point, it was becoming evident that Biden’s meticulous rollout of the Covid-19 rescue legislation was in danger of being interrupted by the problems at the border.

In recent days, officials in the Biden administration, including the president himself, have been holding regular briefings, giving interviews and using stronger language to try to explain that migrants should not try to cross the border in recent days but the numbers have not abated.

Biden allies say they’re frustrated with both the media for reporting that what’s happening at the border is anything but an expected seasonal influx. They accuse Republicans of trying to score political points on the issue.

“It’s very frustrating,” a former Biden adviser said. “It feels a little like a feeding frenzy.”

But Biden has been facing criticism from the left and right on his handling of the rush of migrants seeking refuge: Democrats complain about the treatment of children in crammed shelters and Republicans blame Biden for rescinding Trump policies that they say caused the influx, such as allowing unaccompanied migrant children to remain in the U.S.

“The Biden border crisis checks every box — terrible policy, bad politics, even worse PR,” said RJ Hauman, government relations director at the Federation for American Immigration Reform, which supports immigration restrictions. “Seriously, how can administration officials say ‘don’t come now’ or ‘the border is closed’ when they’re scrambling to quickly process and release many of those who cross illegally?”

Biden’s woes were compounded this week, when he faced fresh questions about how much political capital he is willing to expend on trying to curb gun violence following the deaths of 10 people at a grocery store in Colorado and eight people at three spas in the Atlanta area.

The White House flag was still flying at half staff to honor the victims of the Atlanta area shootings, including six Asian Americans, when Biden ordered them lowered again for the victims in Colorado.

The president delayed releasing a package of executive actions to curb firearms restrictions, despite a campaign pledge to do so on his first day in office. His staff has been readying a package to release in the coming weeks.

“I hope we’re in the moment,” said Christian Heyne, the vice president of policy at Brady, a group pushing for firearms restrictions.

And then late Tuesday, Sen. Tammy Duckworth, the first Thai American woman in Congress, surprised some Biden allies by vowing to oppose the administration’s nominees in the Senate, saying it was “unacceptable” that there were no Asian American Cabinet secretaries.

She backed down after receiving assurances from the Biden administration that it would appoint an Asian American senior White House official, secure confirmation for Asian American nominees, and back policies important to the Asian American community.

Mike McCurry, press secretary for Bill Clinton, credited Biden’s team for their discipline in talking about his achievements in the first two months. But he said he is sure “they hope to have a better narrative” in the next month.

“A good reminder that if it’s not one thing it’s another,” he said. “I think most presidents are lucky if they bat 50-50 in staying on their message versus reacting to all the other things coming at them.