Biden’s campaign said ads that had previously been approved by the tech giant have been erroneously removed. 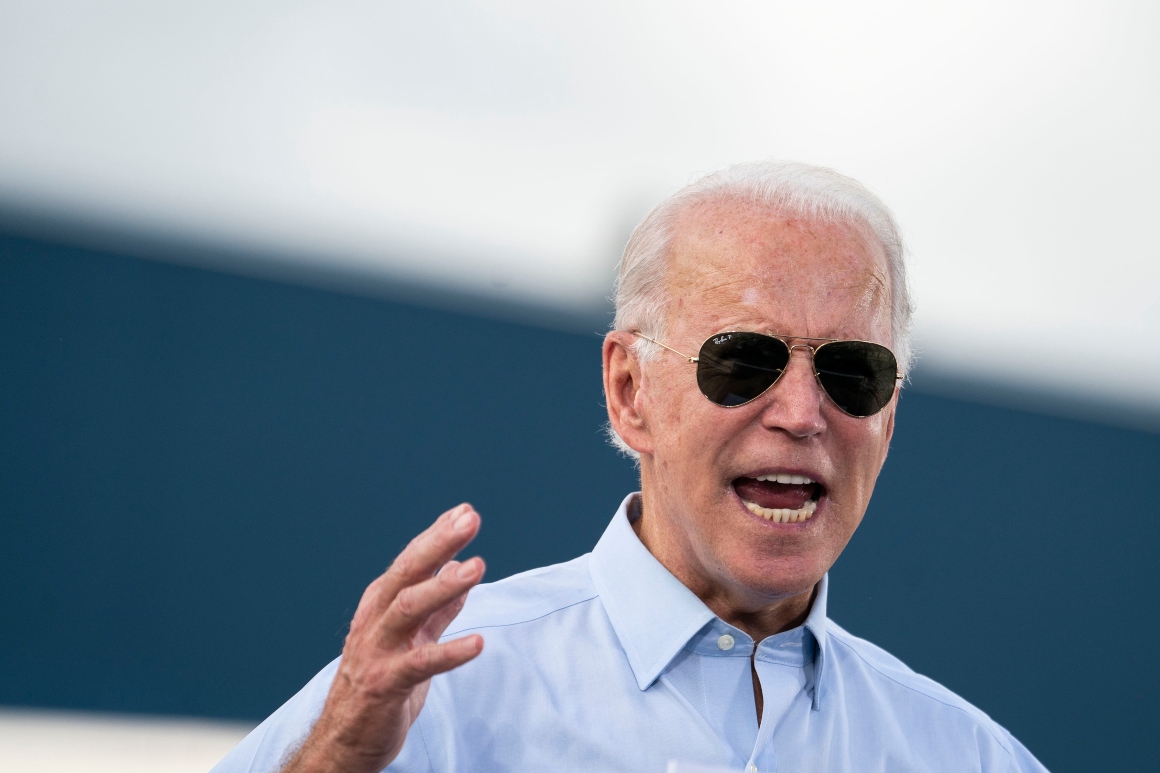 Thousands of ads from Joe Biden’s campaign have been blocked by Facebook as part of the social media giant’s pre-election blackout on new political ads, which the Biden camp said erroneously swept up ads that had already been approved to run.

The ads have been down since Tuesday, Biden’s campaign said on Thursday evening, costing the Democratic presidential candidate a half-million dollars in projected donations and altering the advertising plan right before the election.

Facebook instituted a self-imposed ban on new political ads Monday night in an effort to limit the potential spread of misinformation around the election, but the policy generated new criticism this week for a “technical glitch” that removed ads already running from Facebook’s system, hitting campaigns in both parties and cutting off certain messages to voters at the most inopportune time.

Biden’s digital director Rob Flaherty blasted Facebook for providing “no clarity on the widespread issues that are plaguing all of our ad campaigns since the onset of their new ad restrictions,” he said in a statement shared first with POLITICO. Flaherty demanded that Facebook “take steps today to clearly rectify and explain the depth of this fiasco.”

Megan Clasen, senior paid media adviser for Biden, tweeted Thursday that ads touting Biden’s pledge not to raise taxes on people making under $400,000 are among the ones that got pulled on "certain key targeting tracks" on Facebook.

“We find ourselves five days out from Election Day unable to trust that our ads will run properly, or if our opponents are being given an unfair, partisan advantage,” Flaherty continued. “It is abundantly clear that Facebook was wholly unprepared to handle this election despite having four years to prepare.”

The Biden campaign also said their ability to adjust ad budgets and spending for some Facebook ads — a feature that Facebook said would still be allowed during this period — were still frozen as well.


President Donald Trump’s campaign confirmed Wednesday that some of their pre-approved ads were also pulled from the platform. The Trump campaign did not immediately respond to questions about whether they were still dealing with the issue Thursday evening.

While digital consultants told POLITICO that Facebook had acknowledged the “technical glitch” plaguing some of their ads earlier this week, many added they were left in the dark as to what caused the problems. The problem was widespread, impacting both Democratic and Republican campaigns up and down the ballot.

The controversy has stoked new fears among many political operatives about just when Facebook would cut off their ban, which includes a total blackout on political ads old and new after Election Day. Any long-term ban would be a hugely consequential decision that would reshape campaign fundraising and voter outreach. But Facebook, in a statement, said that its political ad ban was temporary.

Facebook did not respond immediately to requests for comment, but the tech company has previously told POLITICO in statements that the ban is “part of our efforts to protect the integrity of this election.” Facebook also noted on Wednesday that though some ads may have been pulled because of technical issues, others were removed for not complying with Facebook policies.

Priorities USA Action, one of the biggest Democratic super PACs, also saw nearly 600 pre-approved ads removed from the site for more than two days, ad programs totaling in the six-figure range that particularly impacted North Carolina and Arizona. As of Thursday afternoon, those ads have been restored.

“The last two days demonstrate a refusal to act responsibly without public pressure,” Priorities USA Chairman Guy Cecil said in a statement Thursday afternoon. “While we are one of the largest spenders on digital ads in either party, it should not take a public campaign and endless calls to get Facebook to act. This is much harder for the many smaller organizations that are working to combat misinformation and voter suppression that do not have the connections and resources of a large group like ours.”