NEW YORK — The Biden administration has approved the environmental impact statement for the Hudson Tunnel Project, marking a major milestone in the multi-year Gateway Program effort to repair tunnels that were damaged by Superstorm Sandy and expand r… 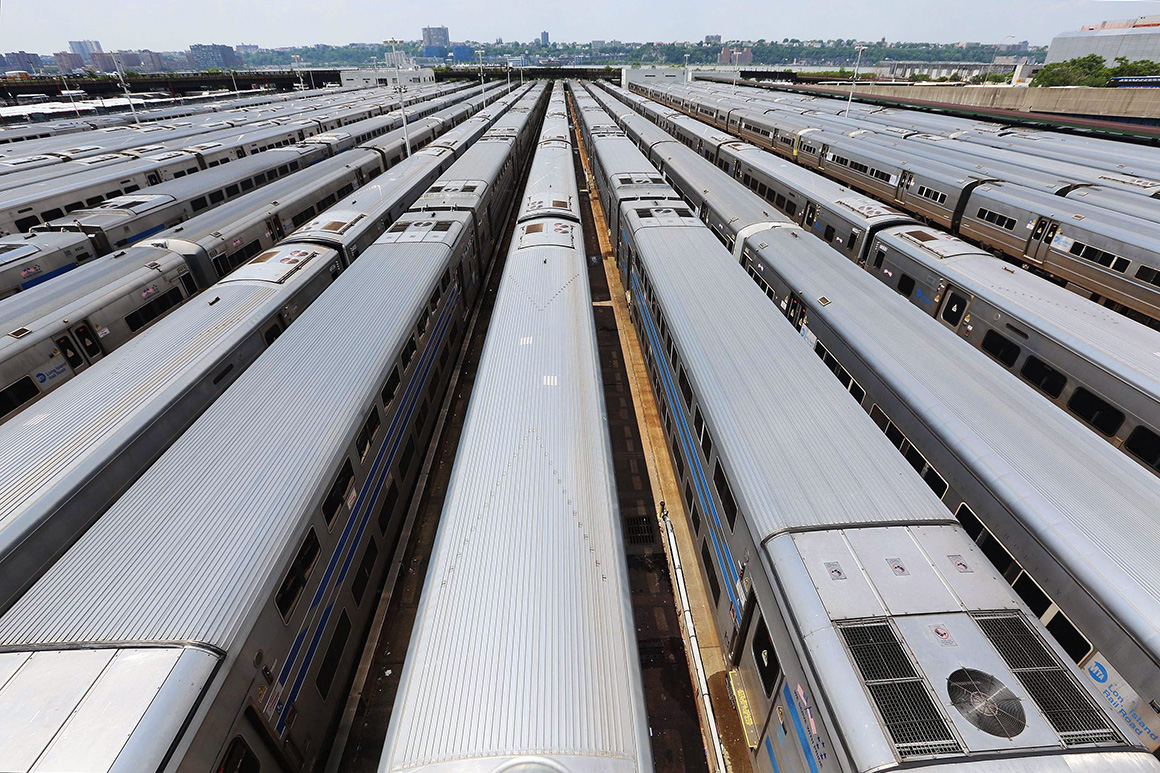 NEW YORK — The Biden administration has approved the environmental impact statement for the Hudson Tunnel Project, marking a major milestone in the multi-year Gateway Program effort to repair tunnels that were damaged by Superstorm Sandy and expand rail capacity between New York and New Jersey.

The move will allow New York and New Jersey officials behind the $11.6 billion tunnel project to move forward with pre-construction activities like property acquisition, engineering and federal design development. It will also allow parties behind the project to request federal funding, which hasn’t been allocated to date.

“This is a big step for the Northeast, and for the entire country, as these tunnels connect so many people, jobs, and businesses,” Secretary of Transportation Pete Buttigieg said in a statement. “Now we need to make sure to provide the funding America needs to deliver world-leading infrastructure in this region and in every part of the country.”

The project, which supporters say is crucial to the economic future of the Northeast region, has been stuck in limbo for years. Gateway officials first submitted a draft environmental impact statement in February 2018, but it never got federal approval under the Trump administration. It was delayed by President Donald Trump’s animosity toward current Senate Majority Leader Chuck Schumer amid negotiations over funding for a wall along the border with Mexico.

The project got a second wind under the more transit-friendly Biden administration. Buttigieg committed in March to completing the environmental impact statement before the end of the second quarter. Schumer, a major proponent of the project, likened the renewed federal commitment to freeing the project from a “hostage“ situation.

READ:  Cuomo boasted about ‘the large size of his hands,’ accuser tells investigators

“This is vital to New York’s future and it was vindictive, petty and mean for Trump to block it and now we’re moving forward,” Schumer told POLITICO. “It’s probably the most important public works project in America. If those tunnels fail and can’t be used, 25 percent of our economy would be at risk from Boston to Washington.”

Schumer said there’s “more than enough money to do the project,” with Biden’s proposed budget increasing two funding sources that can go toward Gateway. The budget will allocate $1.3 billion to Amtrak’s Northeast Corridor, up from $700 million, and provide $2.5 billion to the Federal Transit Administration’s Capital Investment Grants, he said.

Despite the bullish response Friday, though there’s been public discord over how exactly to move forward with the project as recently as this week.

As currently conceived, Gateway officials would first build a new tunnel under the Hudson River — adding two tracks into Penn Station — before beginning repairs on the existing passages that were damaged by Superstorm Sandy. Once complete, the four tracks would offer additional rail capacity and redundancy.

But last December, New York Gov. Andrew Cuomo touted a report that said the existing tunnels under the Hudson River could be repaired without taking them out of service. On Thursday, Cuomo again argued for federal officials to consider the approach and threatened to withhold funds if not — referencing how New York successfully did an in-service repair of the L-Train subway tunnel at his urging.

“We go back to the L-train Tunnel and I resisted the bureaucracy and the pettiness there, and I’m going to do the same thing again with the Amtrak people,” Cuomo added, referring to a decision by the Metropolitan Transportation Authority, which he effectively controls.

On a Friday press call, Gateway officials downplayed the notion that Cuomo’s comments could threaten the project and voiced a commitment to ensuring it’s cost-effective.

Steve Cohen, a Cuomo appointee who serves as chair of the Gateway Program Development Corp., said Cuomo’s recent remarks show why he “is the greatest infrastructure governor in the country and perhaps in the last 75 years.”

“There are very strong facts to support the position we’ve taken and in fact those facts were arrived at because of all the pushing has happened and all the debate taking place,” said Tony Coscia, chair of the Amtrak board.

The Biden administration approved the original approach in the environmental impact statement.

“Because of the importance of the North River Tunnel to essential commuter and intercity rail service between New Jersey and New York City, rehabilitation of the existing North River Tunnel needs to be accomplished without material delays to commuter and intercity rail service,” the EIS reads. “Therefore, these in-service rehabilitation approaches would not meet the purpose and need of the Project.”

“Today’s action is a key step forward to building rail infrastructure that will be dependable for decades to come,” Murphy said. “We look forward to working with our regional and federal partners to complete the Hudson Tunnel Project and continue to advance the Gateway Program in order to provide much needed relief to commuters and businesses in New Jersey and New York.”

Cuomo also welcomed the news, despite his recent remarks.

“The President and his team have been stalwart champions for New York from day one," Cuomo said in a statement Friday. "By now it should be clear to every American that this administration is serious about implementing the vision behind its bold infrastructure agenda."