Health officials told reporters that $650 million will be used to increase access to testing in non-medical settings, such as K-8 schools. 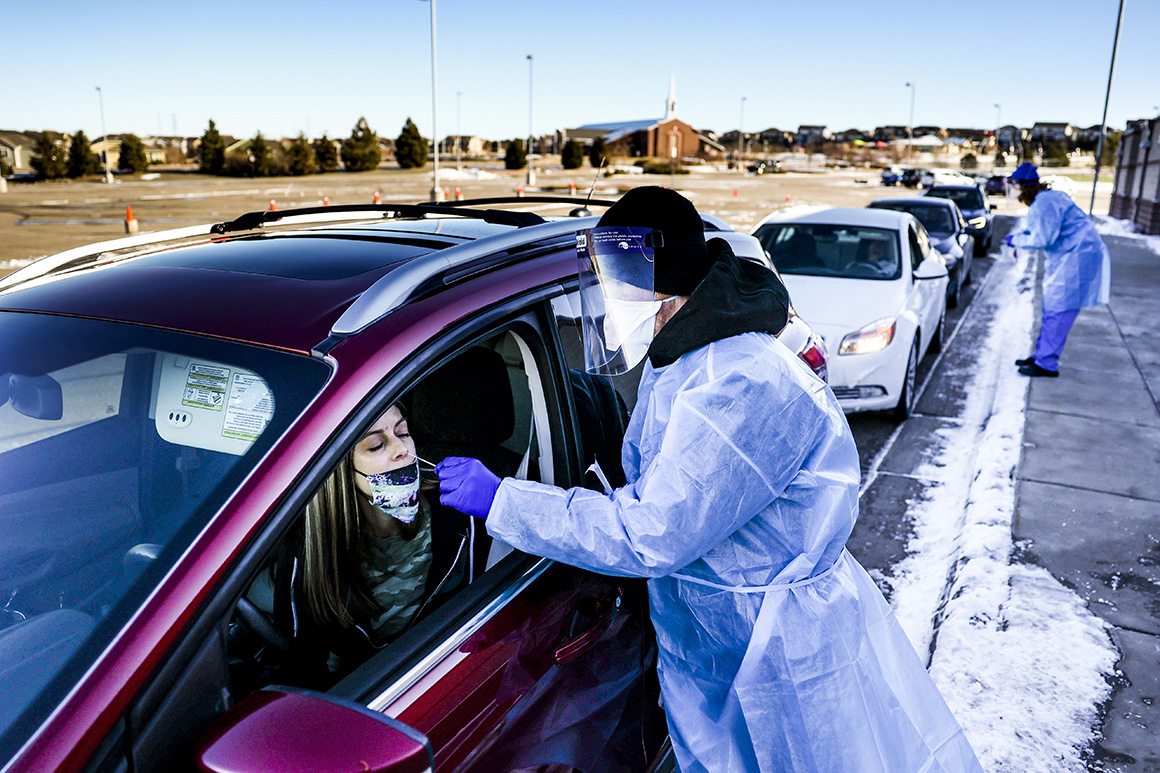 The White House announced Wednesday a multipronged effort to bolster the United States’ ability to test for Covid-19 in schools and homeless shelters, increase domestic manufacturing of testing supplies such as pipette tips, and boost genomic sequencing efforts needed to understand the spread of virus variants.

Biden testing coordinator Carole Johnson described the $1.6 billion for testing as a “pilot” that will serve as a bridge until Congress passes its massive $1.9 trillion Covid-19 relief bill.

Health officials told reporters that $650 million will be used to increase access to testing in non-medical settings, such as K-8 schools and underserved congregate facilities, including homeless shelters. HHS is planning to establish regional coordinating centers to organize distribution of Covid-19 tests and coordinate with labs across the U.S.

The Biden administration also plans to spend $815 million to support domestic manufacturing of supplies for Covid-19 testing such as pipette tips, molded plastics and a key ingredient for rapid antigen tests.

“Talk to anyone who has focused on Covid testing over the last year and they’ll tell you the same thing: Our nation faces a shortage of critical supplies and raw materials,” Johnson said.

CDC will use approximately $200 million to increase its capacity to sequence the genomes of virus samples from 7,000 samples per week to 25,000. Sequencing can reveal how variants of the virus — which may be more transmissible, more virulent or both — are spreading, and whether new variants are emerging.

The U.S. sequencing effort has lagged below the level needed to monitor how the coronavirus is changing, experts have said. At least three major variants first spotted overseas are now present in the United States, and there are reports of emerging homegrown virus strains.

“Genomic sequencing testing is how we will spot variants early before they spread,” Covid-19 coordinator Jeff Zients said.

Background: The Biden administration has spent months debating how to implement a national school testing strategy, and has pushed for billions more in funding for the effort to be included in new legislation winding through Congress.

Greg Armstrong, who directs CDC's advanced molecular detection program, told POLITICO Tuesday the agency expects its sequencing effort to reach 7,000 weekly samples by the end of February and is in active discussions with 13 labs to further boost capacity.

“When we will get to 25,000 depends on the resources that we have at our fingertips, and how quickly we can mobilize our partners,” Walensky said. “I don't think this is going to be a light switch.”