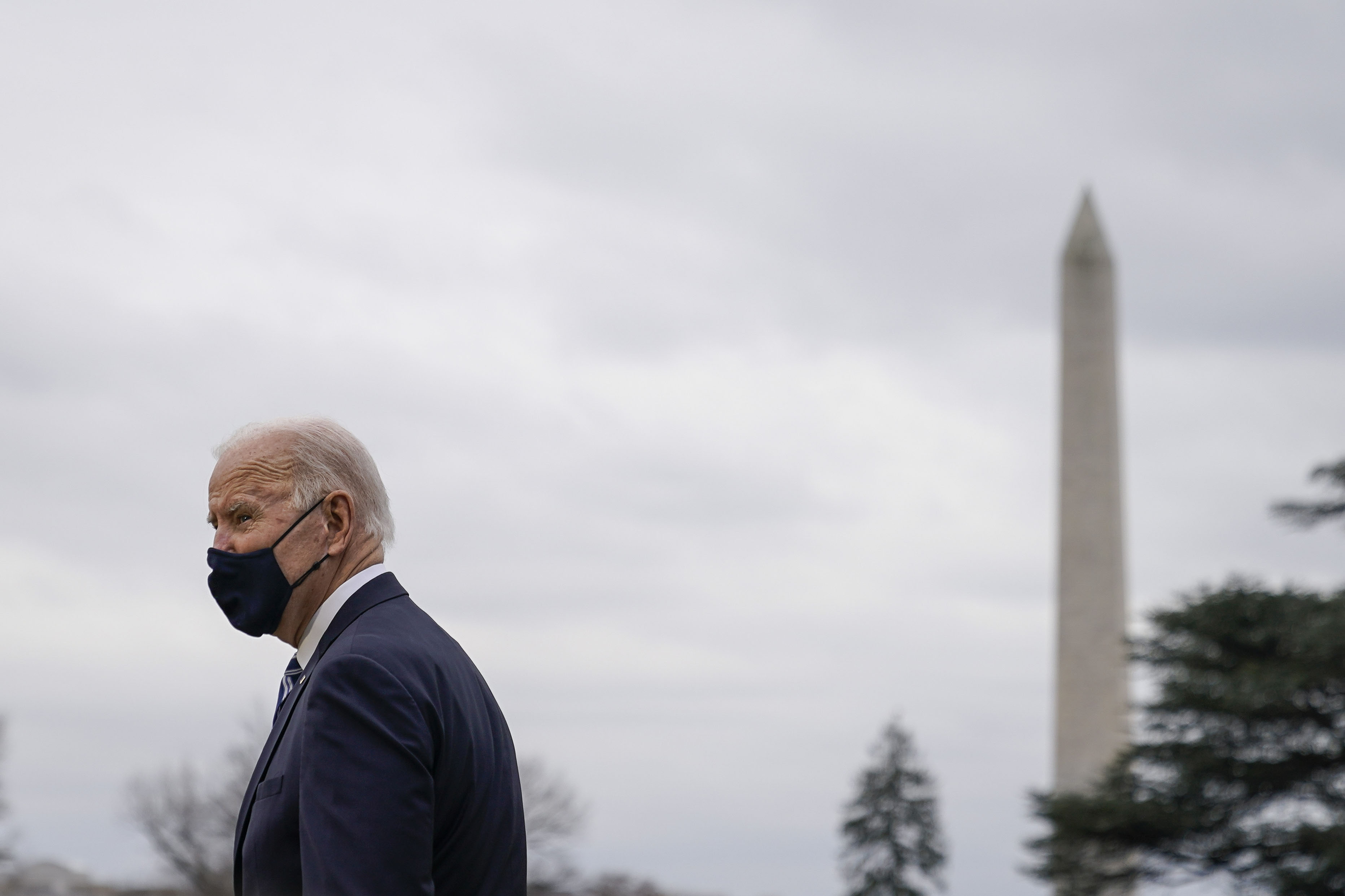 President Joe Biden’s call for a return to old-school Senate filibusters is elating Democrats who want to gut the chamber's 60-vote requirement to pass most bills — but even its biggest liberal opponents acknowledge Biden hasn't gone as far as they want.

On Tuesday night Biden appeared to back a return to what’s known as the talking filibuster, which requires a senator or group of senators to hold the floor in order to delay a bill. But the president notably tiptoed around, and was not asked about, whether he believed that any filibustered legislation should no longer have to win 60 votes to pass. The question of the 60-vote threshold is essential to his liberal base's clamor for change.

“He’s being vague about it, but that’s all right. I think he is acknowledging that the filibuster has become institutionalized by Sen. McConnell. We now accept the premise that everything needs 60 votes,” Senate Majority Whip Dick Durbin (D-Ill.) said in an interview on Wednesday morning.

The filibuster is an increasingly potent threat to the Democratic agenda as a parade of the party's high-priority bills pass Speaker Nancy Pelosi's House on a simple majority vote only to run into an obvious Senate roadblock. Currently most legislation requires 60 Senate votes to both open debate and close it, since one senator can demand that supermajority threshold. There's a growing consensus among Democrats to change that dynamic, but the party's senators will need all 50 of their members to agree on any path forward. 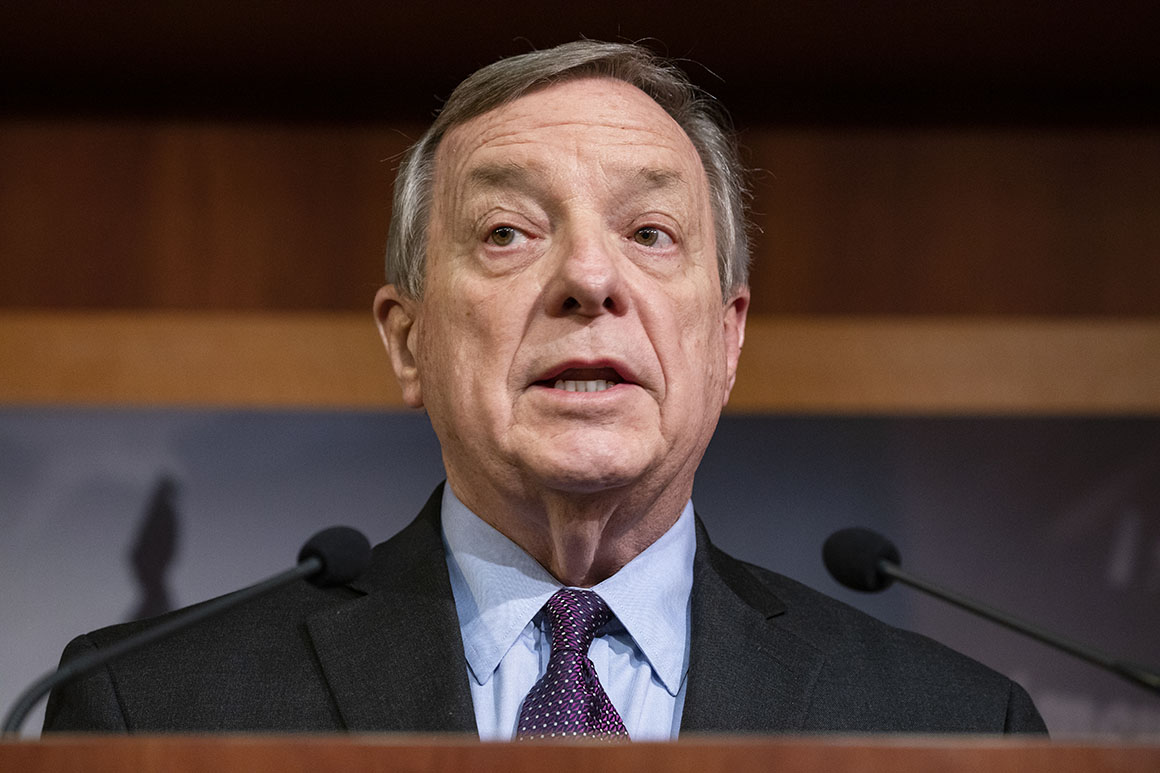 Durbin recently endorsed overhauling the filibuster on the Senate floor, and a number of other Democratic senators have come out for some semblance of a rules change. But even newly minted filibuster critics in the Democratic caucus are not yet united about whether to scrap the 60-vote requirement entirely or make more of a cosmetic — if showy — change by forcing the minority party to hold the floor.

That's the decision Biden hasn't publicly weighed in on either. And even if the president did push to end the 60-vote filibuster, the party right now lacks the votes to trigger the so-called nuclear option and alter the Senate’s rules with a simple majority vote.

Biden "didn’t say that" the 60-vote requirement should end, Durbin observed. "And as a student and creature of the Senate, he certainly knows how to choose his words carefully on this subject. There are some who are skeptical of any change of the rules. We have to demonstrate to them how the rules can be used and abused before we go any further.”

Sens. Joe Manchin (D-W.Va.) and Kyrsten Sinema (D-Ariz.) remain the most prominent backers of keeping the 60-vote requirement, saying so publicly and telling their colleagues they won’t be pressured into changing their positions. However, Manchin has said that while he wants to keep the 60-vote requirement for most legislation, he’s open to listening to reformers and those who want to make a filibuster more painful for the minority party.

In some ways, Biden offered Manchin's pitch on Tuesday: Make senators put the work in if they want to slow down bills. The president's allies on Capitol Hill were careful to not overreact and conclude that Biden had moved closer to supporting a simple majority ruling the day in the Senate.

Sen. Sheldon Whitehouse (D-R.I.) said he didn’t want to interpret Biden’s comments beyond his “actual words,” which did not support eliminating the minority party's ability to block bills. Senators currently can deploy a talking filibuster to seize the floor and delay bills, but ultimately most legislation still requires 60 votes to advance even once those senators are exhausted. 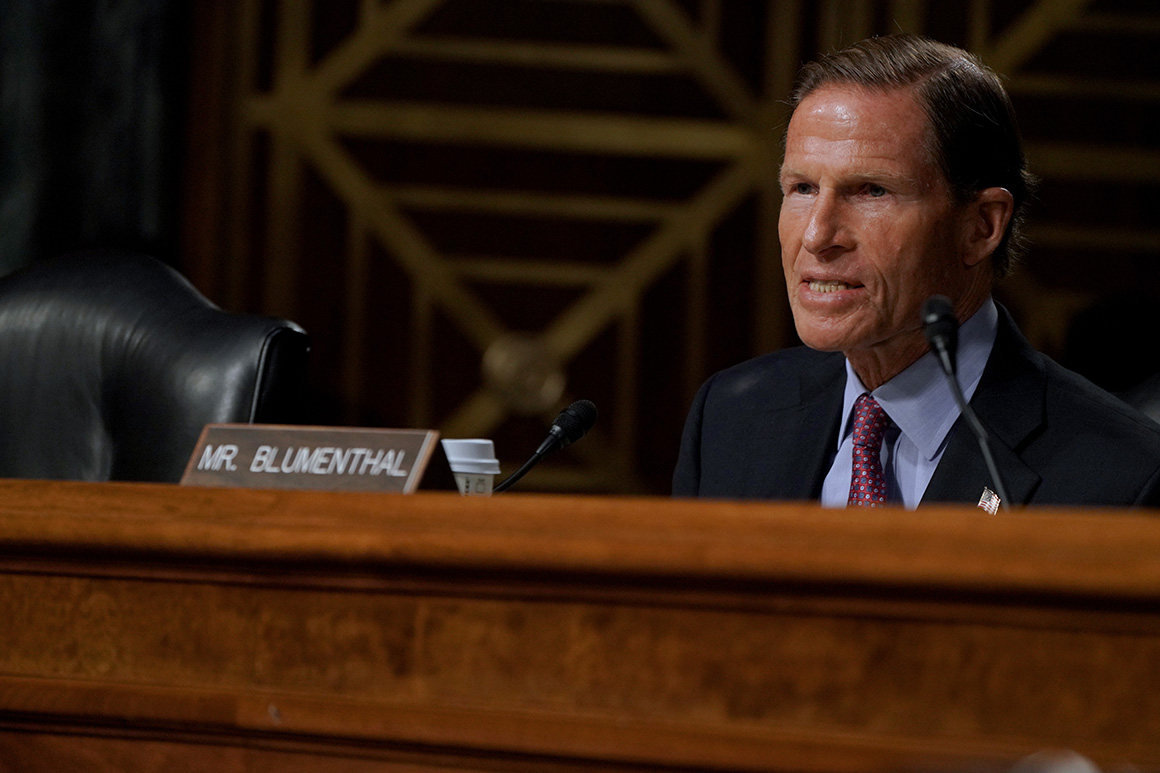 Sen. Richard Blumenthal (D-Conn.), who wants to move all legislation to a simple majority vote in the Senate, said that even Biden's unclear endorsement status amounted to a win for those agitating to change the rules.

“President Biden’s remarks are a major shift that can be a catalyst for change," Blumenthal said. "I think it will spur the movement for reform. ... He wants to encourage and spur reform, without specifying a dug in the sand position.”

Senate Minority Leader Mitch McConnell warned Tuesday that nixing the filibuster would lead to a “scorched earth” Senate and threatened that Republicans would immediately enact long-time conservative priorities like anti-abortion legislation and anti-union laws whenever they take back the majority.

Notably, Republicans also have yet to filibuster a bill this Congress. That is likely to change in the coming weeks as Senate Majority Leader Chuck Schumer puts House-passed bills on the Senate floor dealing with voting rights, gun background checks and new protections for LGBTQ people.

Senate Minority Whip John Thune (R-S.D.) said that Sinema and Manchin have both personally assured him they will protect the filibuster. But the amount of pressure about to bare down on them and other filibuster skeptics will be enormous, Thune said.

“They’re going to go to those guys and say: ‘You’ve got to do this for the party and the country and the caucus’ and all that. And the White House will be involved and all the interest groups,” Thune said. “There will be a ton of pressure on them but … I think they’re going to stay strong and I hope they do for the good of the country.”