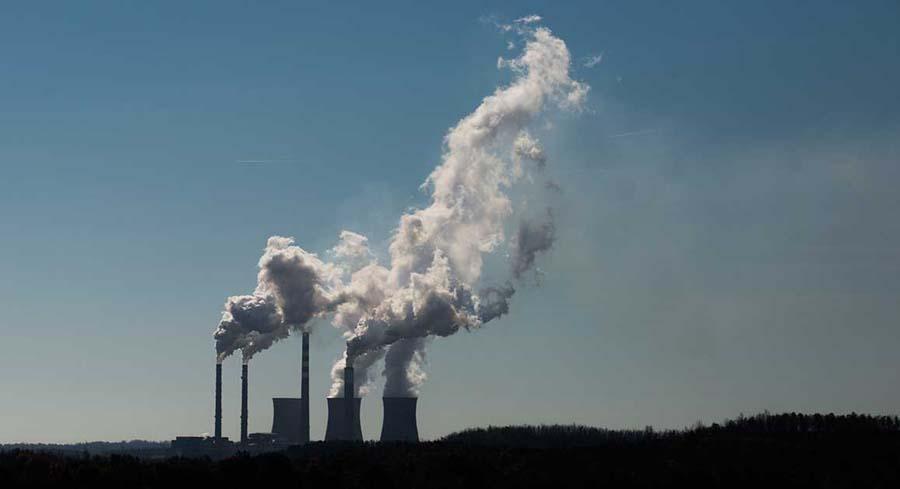 Some of the country's biggest banking and insurance trade groups are poised to pledge trillions of dollars in financing to fight climate change in a move that could give them greater clout in the debate as Democrats step up scrutiny of Wall Street's role in global warming.

The organizations described their "clear mandate" on climate finance in an unreleased and yet-to-be finalized report that they've been assembling since Joe Biden secured the presidency. The document, obtained by POLITICO, endorses the goals of the Paris climate agreement, more standardized disclosure of climate risks and the establishment of robust pricing of carbon through federally regulated markets.

The associations are among some of the most influential in financial policy, including the Institute of International Finance, the American Bankers Association, the Bank Policy Institute and the Securities Industry and Financial Markets Association. They're taking a more vocal approach on climate change with the Biden administration planning to make the issue a top priority after four years of retreat under President Donald Trump.

"Our customers, investors, employees and stakeholders — as well as voters and society at large — want our industry to respond to climate change," the associations said in the preliminary version of the report. "It is also increasingly clear that the industry must identify, measure and disclose the risks associated with climate change, both from our own operations as well as exposures via our clients."

The companies "have a clear mandate to intermediate trillions of dollars to new industries, cutting-edge technologies and resilient infrastructure, building on our long-standing commitments to sustainable finance," the report says.

The broad collaboration among the key industry groups — including many that have largely stayed quiet about the threat of global warming — reflects the dramatic turnabout in the climate finance discussion in Washington since Trump's defeat and the Democrats' stunning Senate victories that gave them control of Congress.

Policymakers around the world are also increasingly concerned about the dangers that rising temperatures and natural disasters pose to financial firms' bottom lines, as well as the possibility that they could suffer destabilizing losses as governments shift to a low-carbon economy. While little was done in the U.S. during the Trump era, Democratic lawmakers and Biden's regulators are expected to impose sweeping climate rules on financial institutions, including mandatory disclosures of their climate risks.

The discussions are sensitive for banks and insurers because their positions could inflame political tensions on both the left and the right.

Environmental advocates argue that many of the steps that banks are supporting fall short of what activists see as the best solution — putting a halt to fossil fuel financing altogether. According to the Rainforest Action Network, 35 of the largest banks alone facilitated more than $735 billion in fossil fuel financing in 2019. The draft industry principles seen by POLITICO do not call for curtailing that lending.

Moira Birss, co-coordinator of the Stop the Money Pipeline, which is calling on lenders and insurers to stop supporting fossil fuel production, said any serious climate change proposal for banks must address the financing of industries that cause climate change. Measurement and disclosure, she said, are "wholly insufficient responses."

READ:  'It's a mess': Congress prepares to lurch over unemployment aid cliff

"While it’s nice the U.S. banking industry does admit that climate change is real, it seems to still want to pretend it doesn’t know what causes climate change," she said. "Since banks don’t seem willing to quit making money off of the very industries causing this crisis, regulators must use their powers to prevent further climate catastrophe."

On the right, the banks face pushback from climate change change skeptics and Republicans who are increasingly resisting sustainability efforts by lenders that could affect the energy industry.

The Trump administration tried to impose rules on banks in its final days that would discourage them from pulling back support for oil and gas projects. A group of 47 House Republicans last month wrote to the Federal Reserve to warn against climate-related stress tests for banks because of concerns that it could spur the lenders to cut ties with the energy industry. In November, the Fed for the first time formally highlighted climate change as a potential threat to the stability of the financial system.

In the draft report, the groups say future regulatory requirements, if necessary, should be “proportionate, risk-based, informed by consultation and grounded in robust data-driven analysis.” When it comes to regulations, they also signal an unease with banks being used as tools of the government to combat climate change.

“Care should be taken to distinguish the objective of financial stability from other broader economic and social goals,” they said.

Industry sources said the thinking behind the collaboration was to make sure financial firms have a seat at the table in climate discussions in the Biden era and to show that they want to be supportive of the transition to a more sustainable economy.

Banks have become increasingly public in their environmental advocacy.

The Institute of International Finance, which represents global firms, has been among the most forward-leaning, with its CEO Tim Adams — a Treasury official in President George W. Bush’s administration — telling Biden economic adviser Jared Bernstein at a public event last year that the industry would be “a willing and active partner” on climate.

In response to questions about the report Wednesday, the group said it had been soliciting feedback from its members and a wide range of stakeholders — from the worlds of business, conservation and policy — on principles "that could serve as a framework for the industry to support a common-sense transition to a more sustainable low-carbon economy."

The other groups that have participated in the discussions include the Institute of International Bankers, the Futures Industry Association, the Investment Company Institute, the Insurance Information Institute and the International Swaps and Derivatives Association.

“G-20 leaders around the world have pledged to build more sustainable, low-carbon economies," said Scott O'Malia, a former Republican financial regulator who now leads the derivatives association. "The financial services industry has an important role to play in facilitating the raising of capital for climate innovation and in providing risk management tools."