Late Saturday night, Mayor Bill de Blasio emerged from surveying the chaos that had erupted at protests throughout the city to deliver an unequivocal message: Those clashing with police officers should shape up and head home.
By Monday morning, the m… 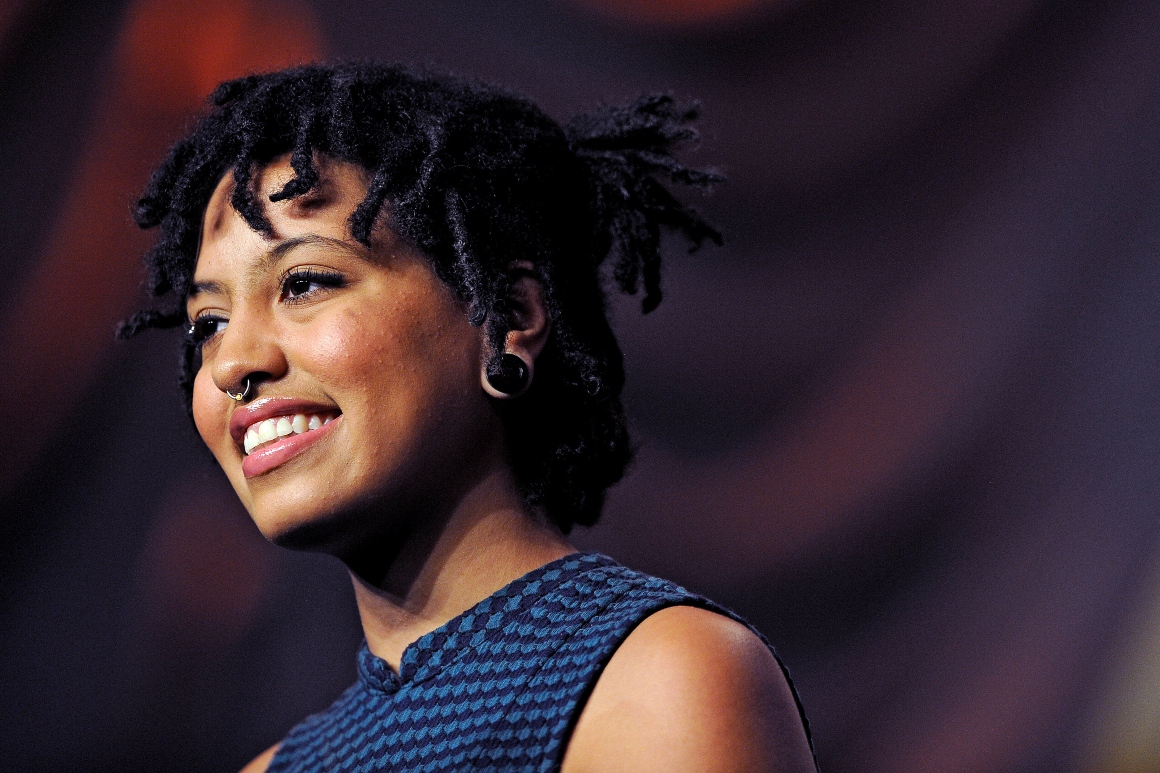 Late Saturday night, Mayor Bill de Blasio emerged from surveying the chaos that had erupted at protests throughout the city to deliver an unequivocal message: Those clashing with police officers should shape up and head home.

By Monday morning, the mayor had sanded the edges of his off-brand scolding and loosened his embrace of the NYPD.

The tonal turnaround came after he heard from multiple aides and allies suggesting he take a different approach, met with several black elected officials and learned his 25-year-old daughter had been arrested during a demonstration in Manhattan Saturday night.

“He was greeted by an avalanche of anger, bemusement and complete confusion about what the hell he was talking about,” Neal Kwatra, a political consultant who has advised de Blasio’s team throughout his mayoralty, said on Monday.

One former mayoral aide, who spoke on the condition of anonymity to freely discuss private interactions, said several former staffers reached out to de Blasio Sunday to warn him of his hard-lined stance in favor of police — particularly as videos have gone viral showing cop cars plowing through crowds of demonstrators in Brooklyn.

“It was to encourage a recalibration,” the person said. “Watching everything and knowing him, it just didn’t feel like him.”

The mayor appears to have listened.

By Monday morning, after four days of protests over the killing of George Floyd, he had embraced a middle-of-the-road posture: Scolding the police officers who drove into the crowds, while reiterating his stance against protesters who incited violence.

John Miller, the NYPD's deputy commissioner of intelligence and counterterrorism, backed up de Blasio’s assertion from the weekend that groups of protesters arrived from out of town with detailed plans to create chaos and damage property.

“We’re seeing a lot of outside and independent agitators connected with anarchist groups who are deliberately trying to provoke acts of violence,” Miller said during a Sunday briefing.

The mayor’s defense of the NYPD mirrored that of Police Commissioner Dermot Shea, a staunch defender of the force who has been outspoken in recent days about the dangers his officers have faced during the demonstrations.

He retweeted a 4-second clip of a protester hitting an officer in the back of the head Monday night, with the message: “Horrible and unfortunately not uncommon. We MUST stop the anti-police rhetoric that is fueling these senseless attacks. We MUST also come together and hear each other, work together and move forward ....TOGETHER.”

De Blasio has been loath to tangle with the NYPD, following a chilling feud in late 2014. After a grand jury declined to indict the police officer responsible for killing an unarmed black man, Eric Garner, the mayor spoke candidly about the challenges of raising a biracial son. Weeks later, two officers were murdered on the job and scores of cops turned their backs on de Blasio at the hospital and at their funerals.

The mayor’s latest shift also came after he learned, through media inquiries, about the arrest of his daughter, Chiara de Blasio, who was taken into custody following a demonstration in Lower Manhattan.

“I'm proud of her that she cares so much and she was willing to go out there and do something about it,” the mayor said during a news conference Monday morning. He later added, “She was peacefully protesting, not doing anything that would provoke a negative response.”

He chuckled as he recounted learning about her arrest from a media inquiry, and spoke about her like the proud parent of a child who has come to embody some of his own sensibilities: De Blasio was arrested protesting a fire house closure in Brooklyn, alongside actor Steve Buscemi, as well as the shuttering of Long Island College Hospital in 2013.

It is that history of activism, fueled by his long standing criticism of aggressive, race-based policing, that left many allies and staffers dismayed by his remarks Saturday night.

“I think there was internal consternation as well, for obvious reasons — it was not consistent with the values of this administration,” said one former employee, who also spoke on the condition of anonymity.

Asked to name anyone who was particularly disturbed with de Blasio’s remarks, the person replied, “I don’t know anyone who wasn’t.”

Several former advisers publicly criticized him on Twitter: Former Deputy Mayor Richard Buery wrote in response to a video of the police cars plowing down demonstrators: “If that isn’t a crime, then there is no law in this City.”

On Monday, the mayor specifically walked back his initial assessment of the episode, in which he blamed the demonstrators for putting officers in danger.

“I tried to express that reality while also saying it's not acceptable for a police car to ever move through a crowd,” de Blasio said. “I don't think I expressed it as well as I should have. So, I want to try again to help the people of the city understand there is no situation where a police vehicle should drive into a crowd of protesters or New Yorkers of any kind.”

In response to his change in stance, Buery tweeted, “Thank you @nycmayor.”

De Blasio said he was moved after meeting with community leaders, residents and elected officials over the weekend to hear their concerns.

He toured parts of Brooklyn with Assemblymember and Democratic Brooklyn Party leader Rodneyse Bichotte, who said she showed the mayor examples of vandalism she blamed on misbehaved protesters.

Bichotte, a long-time ally of the mayor’s, defended his record on policing and chalked his remarks up to poor word choice.

“Maybe the choice of words could’ve been used better,” she said on Monday. “I would certainly say his obvious priority has certainly been the civilians. His record shows that.”

“We demanded that he come out and have a conversation about what was happening directly on the ground in our community, and to his credit he did that,” Cornegy said in an interview.

He said the mayor was receptive, though it remains to be seen whether he will support pending legislation in the Council aimed at changing practices within the NYPD.

Early next week lawmakers plan to hear a measure that would expand a prohibition against the use of chokeholds by outlawing them altogether.

It would additionally bar police officers from placing a knee on the neck of a person being arrested, according to Council Member Donovan Richards, who chairs the Committee on Public Safety, a tactic that was used by Minneapolis police officers on Floyd and in New York City during a recent skirmish over social distancing on the Lower East Side.

Richards is also sponsoring a bill that would standardize disciplinary actions in the department.