Asian Americans and Pacific Islanders are the fastest growing demographic. But they account for less than 1 percent of all elected leaders. 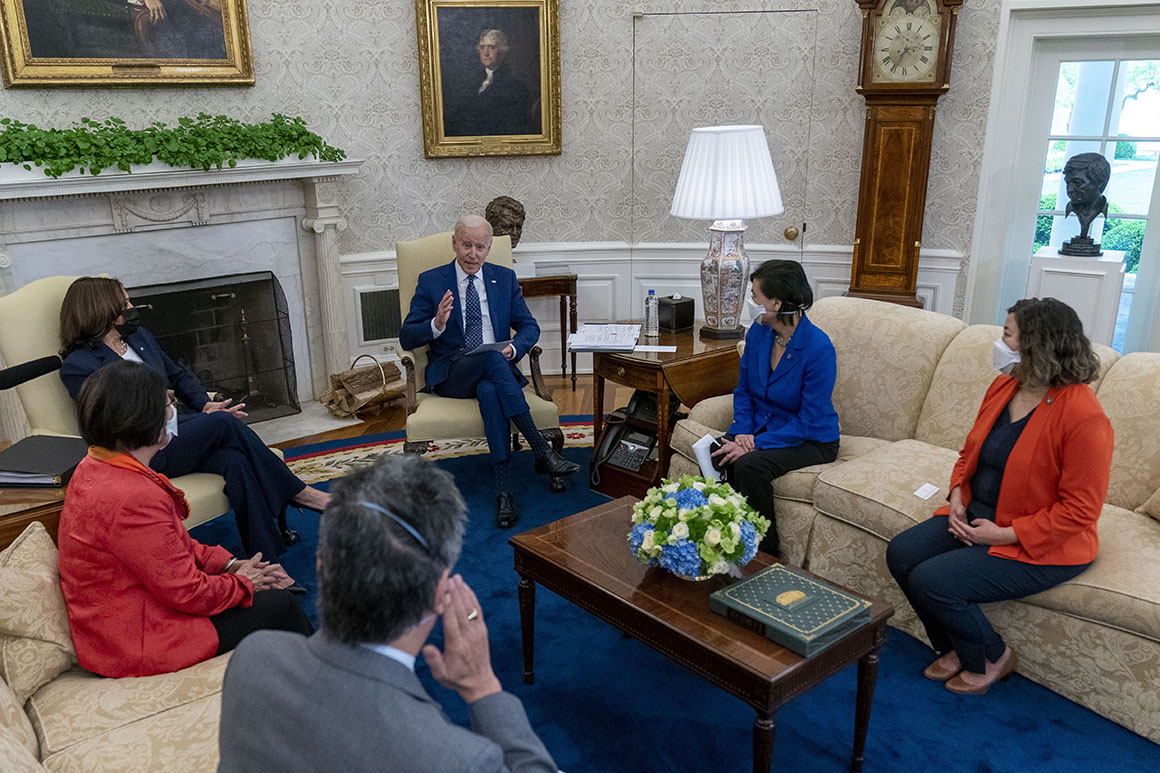 Asian Americans and Pacific Islanders are dramatically underrepresented in elected office and particularly in the criminal justice sector — even as they’re the fastest growing demographic group.

A Tuesday report from the Reflective Democracy Campaign, obtained exclusively by POLITICO, revealed that AAPI members made up just 0.9 percent of elected leaders across all levels of government, but 6.1 percent of the population as of mid-2020.

Even among states with high AAPI concentrations (think New York, California, Nevada) representation drops off. Hawaii is the only state whose share of AAPI elected leaders is nearly equivalent to its population. And the report found that a mere 0.24 percent of elected prosecutors and 0.07 percent of county sheriffs were of Asian/Pacific Islander descent.

Currently, AAPI representation in the 2021 Congress includes Sens. Mazie Hirono (D-Hawaii) and Tammy Duckworth (D-Ill.) and 15 representatives, nearly evenly split between men and women. Nearly half won elections in majority-white districts, according to Tuesday’s report. There are 152 AAPI state legislators across 31 states, with one-third of them representing majority-white districts.

“Voters, regardless of party identification, really want to see reflective leadership,” said Brenda Choresi Carter, the director of the Campaign, which tracks the diversity of elected officials. “Political power has been concentrated in the hands of white men in the United States since the very beginning. And I think we are seeing the limitations of that.”

The report is a step toward transparency and more detailed data collection on AAPI representation, Choresi Carter said, essential for a demographic group that includes over 50 nations of origin, wide income inequality and varying rates of English language proficiency.

It also comes at a crucial time: The Senate recently advanced a bipartisan Covid hate crimes bill to address the spike in discrimination, and the country is still grieving two mass shootings where Sikh Americans and East Asian women were the alleged targets. But AAPIs have also seen political victories: Kamala Harris was elected Vice President. And Asian Americans proved to be a crucial voting bloc in battleground states.

Greater representation will lead to policy change for the most vulnerable AAPIs and take into account the diversity of the community, Choresi Carter said.

The Campaign calculated the differential in political representation relative to the population for each racial and ethnic group. AAPI people were the most under-represented group, by a factor of -85 percent, while white people were overrepresented by +46 percent.


State and local offices have lower percentages of Asian Americans and Pacific Islanders than at the federal level. Choresi Carter said the county level has proven to be the whitest and malest level of office in the U.S. AAPI candidates often have a hard time getting on the ballot because of how parties and big donors guard endorsements and required resources, she said.

“When women and people of color are on the ballot, they win at the same rates as white male candidates,” she said. “But the opportunity to compete is so tightly controlled by a system of political gatekeepers, which makes it incredibly difficult to break into the system. It really gives new meaning to the phrase ‘old boys club.’”


The dearth of AAPI representation is the starkest in the criminal justice sector, which has been in the spotlight given ongoing conversations of police reform, solidarity and incarceration.

Over-policing affects Native Hawaiians and Pacific Islanders, who are much more likely to be incarcerated than white people in Hawaii. Meanwhile, Southeast Asian Americans are at least three times more likely than other immigrants to be deported due to past criminal convictions, according to the report.

But AAPIs are omitted from the debate over the future of criminal justice, said Premal Dharia, executive director of the Institute to End Mass Incarceration at Harvard Law School. The reasons for that are twofold: They’re categorized as “Other” in many state prison systems, which means they’re not being tracked. And there are few AAPI law enforcement officials.

Last year, only six of 2,539 elected prosecutors were AAPI, according to the Campaign’s report. County sheriffs play a heavy role in deportation procedures — but only two of 3,035 elected sheriffs were AAPI.

“There's a long road ahead of us to making the kind of significant overhaul of our system of mass incarceration,” Dharia said. “One piece of that larger puzzle is increased transparency and knowledge of what we’re doing, who is in charge.”