Thousands of National Guard troops were dispatched to the Capitol grounds in the wake of a Jan. 6 insurrection by a mob supporting former President Donald Trump that sought to delay the certification of the presidential election. 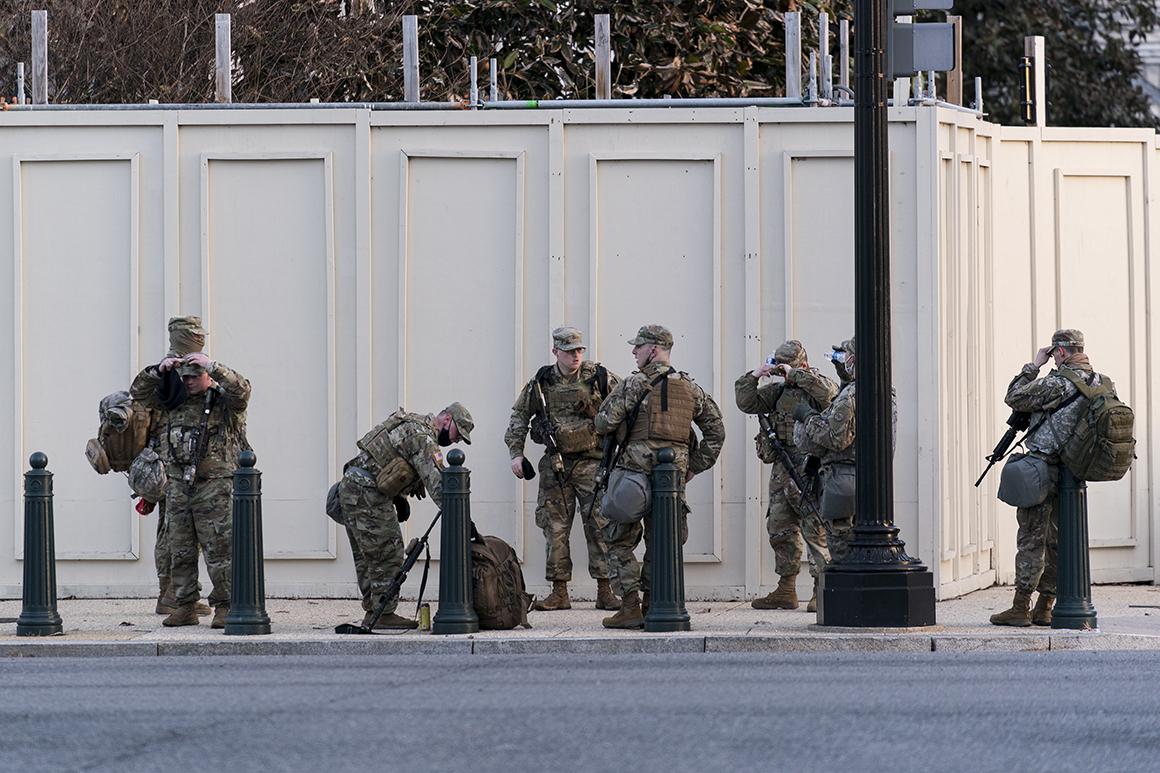 The top Democrat and Republican on the House Armed Services Committee are calling for curtailing the deployment of thousands of National Guard troops at the Capitol.

In a joint statement, Smith and Rogers called for a "measured drawdown" of the Guard deployment and warned of the added cost and eroded readiness that would result from keeping troops at the Capitol.

"We are deeply troubled by the current level of security around the United States Capitol," Smith and Rogers said. "More than two months after the January 6 attack, the seat of our nation’s democracy remains heavily protected by guardsmen and surrounded by a perimeter fence."

"We appreciate our guardsmen answering the call to protect the Capitol, but it’s time for us to review what level of security is required, so they can return home to their families and communities," they added.

Thousands of National Guard troops were dispatched to the Capitol grounds in the wake of a Jan. 6 insurrection by a mob supporting former President Donald Trump that sought to delay the certification of the presidential election.

More than 5,000 Guard members remain at the Capitol. The deployment was set to end this month before it was extended.

Smith and Rogers acknowledged that "some level of support" from the Guard is required "to respond to credible threats against the Capitol." But the current heightened state of security "is not warranted at this time," they argued.

The pair also warned that the extended deployment will cost the Pentagon and hurt the readiness of the Guard.

"In addition, we cannot ignore the financial costs associated with this prolonged deployment, nor can we turn a blind eye to the effects it will soon have on the National Guard’s overall readiness," Smith and Rogers said.

The military presence, as well as the extensive fencing around the Capitol complex, has come under increased criticism from lawmakers who say the enhanced security is overkill.

“We’ve overdone it,” McConnell told reporters on Wednesday. “I’m extremely uncomfortable with the fact that my constituents can’t come to the Capitol. There’s all this razor wire around the complex. It reminds me of my last visit to Kabul.”