Secretary of State Katie Hobbs said that she hadn’t heard of any instances of election workers in Maricopa County being harmed by the protesters, some of them armed. 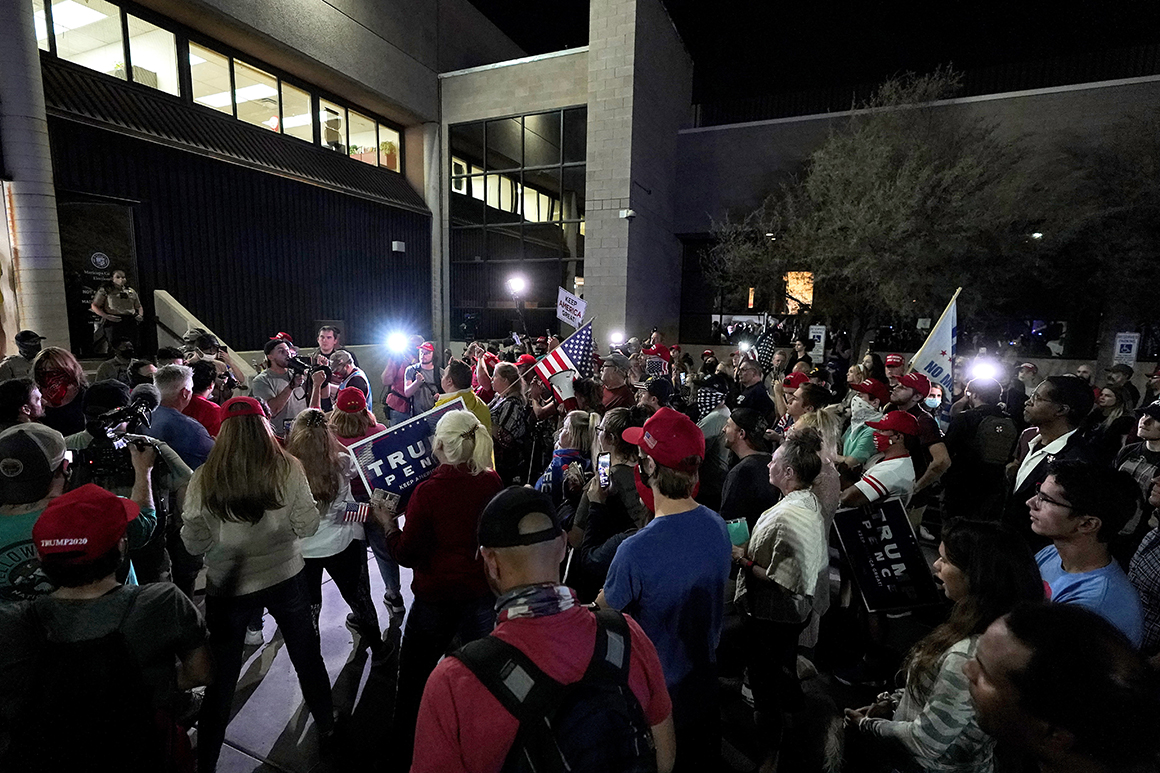 Arizona’s secretary of state on Thursday chided protesters who gathered outside of election offices in the state’s largest county, saying the armed demonstrators might be slowing down the vote tally they have been clamoring for.

In an interview with CNN, the Arizona official, Katie Hobbs, said that she hadn’t heard of any instances of election workers in Maricopa County being harmed by the protesters. But “their being there actually is causing delay and disruption and preventing employees from doing their jobs,” she noted.

The protesters who gathered outside the Maricopa elections department on Wednesday night appeared to be proponents of a baseless conspiracy theory known as “SharpieGate,” which falsely asserted that some voters in the county had been given Sharpie pens to mark their ballots, which were in turn unable to be scanned and counted.

Hobbs’ office and Hobbs herself had previously debunked the theory, assuring that ballots filled out with a Sharpie would still be able to be counted.


But the claim was swiftly adopted by President Donald Trump’s allies on social media, many of whom have raged over several outlets’ decision to project former Vice President Joe Biden as the winner there late on election night in what would be a major flip for Democrats.

Protesters outside the election office chanted criticism of Fox News, which was first to call Arizona for Biden, and demanded a recount of the state, though it is not done tallying absentee votes. In a live report on MSNBC on Wednesday night, reporter Gadi Schwartz noted that election workers had to be escorted out of the building and past the group by law enforcement officers.

Hobbs said Thursday that the county was working with local law enforcement to keep those counting ballots safe, but that she was “certainly” worried about their security.

The secretary would not give any concrete estimates for how soon the state could finish counting the rest of its absentee and provisional ballots but predicted “a much more clearer picture of where things stand” by Friday.