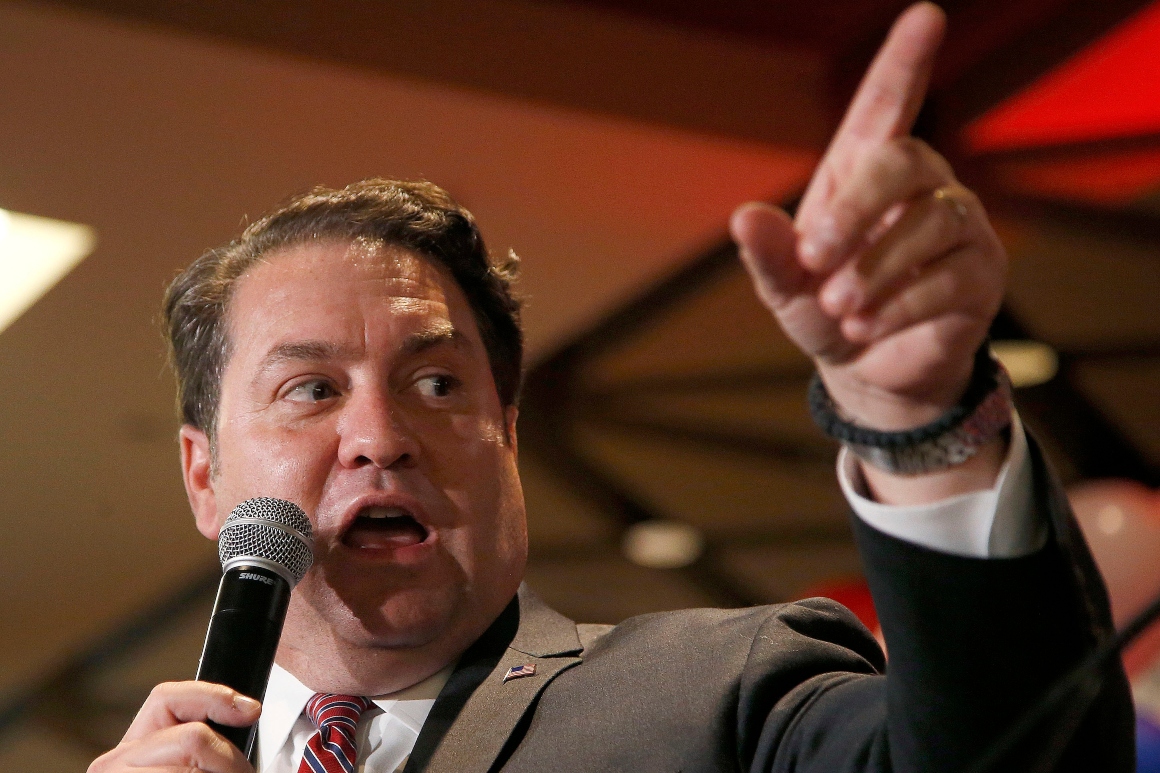 Brnovich is the first elected official to join the race and is the third major candidate in what’s fast becoming one of the most contested primary elections in the country. But he also faces a challenge in winning over the Republican base, after former President Donald Trump has criticized him several weeks over the ongoing and controversial audit of the 2020 election in the state's largest county.

Republicans will need to navigate the intra-party divisions in the state to have any hope of flipping the seat, which could be critical to their chances to win back the 50-50 Senate from Democrats. And Brnovich, who has won two statewide elections as attorney general, could be an attractive general-election candidate.

In an interview with POLITICO about his campaign launch, Brnovich said that he has spoken with Trump and other Republican leaders about his run, calling them “good conversations” but declining to go into specifics on what was discussed. He also did not answer whether he thought he could earn Trump’s support after the criticisms, but said he would focus on representing “conservative and libertarian Arizona values.”

He was critical of Kelly and the Biden administration, framing his campaign on pushing back on overreach in Washington.

“Arizonans understand that our state has a long, rich tradition of rugged individualism and understanding for — we don't need the nanny state, and we don't want Washington, D.C., solving our problems,” he said, calling Kelly “out of touch.”

In a video launching his campaign, he also highlighted his record as state attorney general, past career as a prosecutor and his family's emigration to the U.S. from former Yugoslavia.

Once a Republican stronghold, the GOP has lost a number of high-profile races in Arizona during the Trump era. Trump carried the state in 2016, but narrowly lost it in 2020. Democrats flipped both of the state’s Senate seats: now-Sen. Kyrsten Sinema won in 2018, and Kelly flipped the state’s other seat in a 2020 special election. He is on the ballot in 2022 running for a full term and already had nearly $4.4 million cash in the bank as of March 31.

After losing ground, Republican divisions have only deepened. The audit of Maricopa County ballots, which has been run by a private firm and frustrated a number of Republicans in the state, remains ongoing despite the criticism that it is poorly run and should not be considered legitimate.

Brnovich certified the election results in November alongside GOP Gov. Doug Ducey and Democratic Secretary of State Katie Hobbs, who is now running for governor. But Brnovich is in an awkward position on the audit. Trump has issued several statements recently criticizing him, calling him “lackluster” and saying he had “done little so far on Voter Integrity and the 2020 Presidential Election Scam” and needed to “step it up.”

READ:  Republicans push Trump administration to step it up on coronavirus

Brnovich did not respond directly when asked about Trump criticisms of his position or claims about the election, only saying that the former president was part of a “growing list of people that were frustrated over the 2020 elections.”

He said his office has supported the state Senate’s legal right to conduct the audit. He did not say directly when asked whether the findings of the audit should be trusted and accepted once it is complete.

“We will see what the Senate does. It's their audit,” Brnovich said. “And when they submit a final report to us, then we will take a look at that and determine the best course of action."