Law firms representing Trump in his fight to challenge the election results have come under fire in recent days. 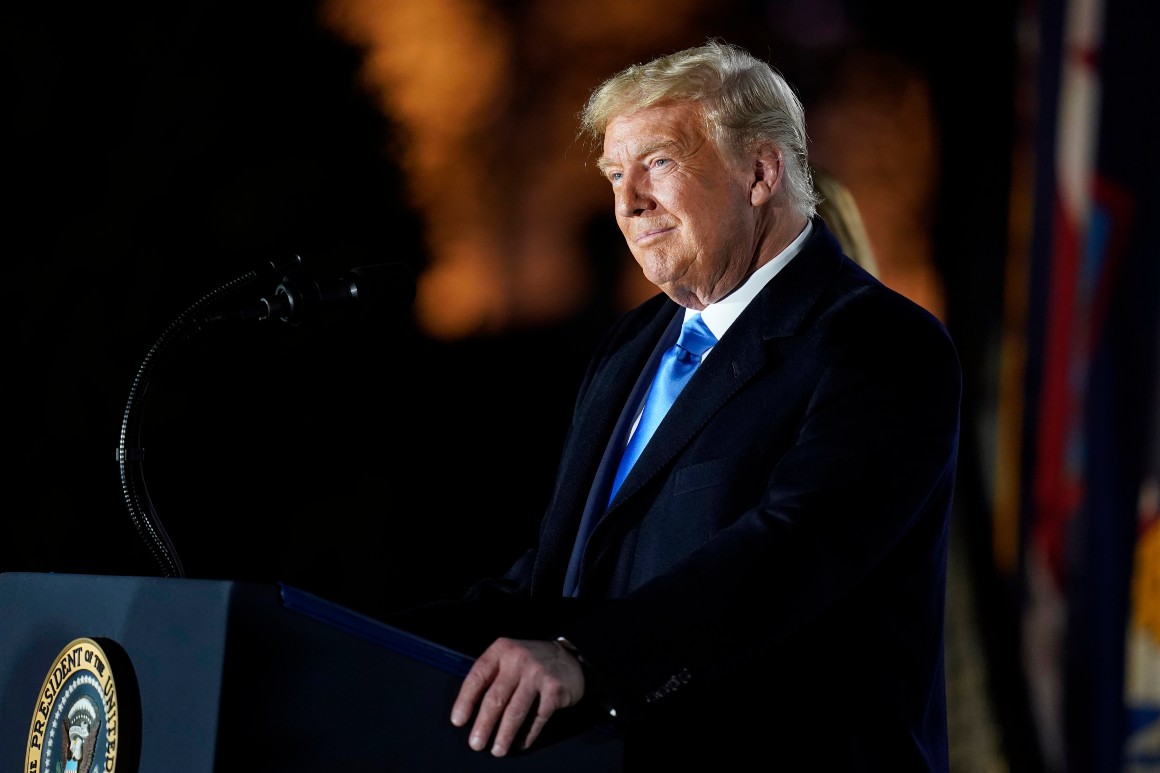 Another law firm has moved to drop its representation of President Donald Trump’s campaign in its flurry of lawsuits challenging the results of last week’s presidential election.

Late Thursday night, Columbus-based firm Porter Wright Morris & Arthur notified a federal judge hearing a Trump-filed suit over the election tallies in Pennsylvania that the firm is seeking to pull out of the case.

The development comes as Trump’s political opponents have sought to put public pressure on law firms assisting what many legal experts view as a meritless and likely fruitless campaign to try to thwart President-elect Joe Biden from taking office despite the fact that major media outlets have declared Biden the victor and the near-final counts showing Biden thousands of votes ahead in the key battleground states.

Some Trump critics including Republicans affiliated with the Lincoln Project have indicated they planned to pressure the commercial clients of law firms representing the campaign to drop the firms if they continued with the court fight on behalf of the president. In the motion filed at 11:53 p.m. on Thursday, Porter Wright lawyers Ronald Hicks and Carolyn McGee — who work out of the firm’s Pittsburgh office — said the campaign was “in the process of retaining and causing other counsel” to take over the case.

The attorneys said they and the campaign had agreed on the withdrawal, but Hicks and McGee were vague about the reason for their exit.

“Plaintiffs and Porter Wright have reached a mutual agreement that Plaintiffs will be best served if Porter Wright withdraws, and current co-counsel and such other counsel as Plaintiffs may choose to engage represent Plaintiffs in this case,” the filing said.

It is highly unusual for a major law firm to seek to withdraw its representation of a client in litigation so soon after it commenced. The suit in question, before U.S. District Court Judge Michael Brann in Williamsport, Pa., was filed just four days ago.

Because such a move can do damage to a litigant’s case, the withdrawal requires Brann’s approval. Porter Wright’s attempt to depart the case comes as a series of briefing deadlines loom and as Brann scheduled an argument session for Tuesday and an evidentiary hearing for Thursday on the campaign’s claims that alleged irregularities in last week’s vote justify preventing Democratic-leaning counties from certifying their vote totals.

Hicks and McGee did not immediately respond to a message Friday morning seeking comment on the development. In their motion, they said the firm would abide by its professional obligations when handing off a client and “otherwise take such steps as are necessary to avoid prejudice to Plaintiffs in this matter or to delay the Court’s consideration of this case.”

A spokeswoman for the Trump campaign and a personal attorney for Trump also did not respond to requests for comment on the development.

If Brann permits the Porter Wright lawyers to quit, the campaign will remain represented in the case by a Philadelphia-based solo practitioner, Linda Kerns.

Last week, another law firm representing the Trump campaign in similar litigation — Arizona-based Snell & Wilmer — moved to withdraw from an election-related lawsuit over results there. A judge granted the firm’s request on Tuesday.

Yet another law firm that has extensive ties to the Trump administration, Cleveland-based Jones Day, has also come under pressure for its role in election litigation.

Last week, the firm issued a defensively worded statement stressing that its work on a high-profile election-related case was not for the campaign but for the Pennsylvania Republican Party. That case, which is the subject of two pending petitions at the Supreme Court, began several months before Election Day.

In that suit, Jones Day has asked the justices to take up and overturn a Pennsylvania Supreme Court ruling allowing mail-in ballots received through Friday of last week to be tallied if they were postmarked by election day or appear to have been mailed by then.

In advance of the election, the U.S. Supreme Court deadlocked, 4-4, on a request to block the state court’s ruling. Last week, Justice Samuel Alito partially granted another request by the Pennsylvania GOP for an order requiring that late-arriving ballots be segregated from those that came in before the polls closed. Alito referred the issue to his colleagues for further action but no additional orders had been issued by early Friday.