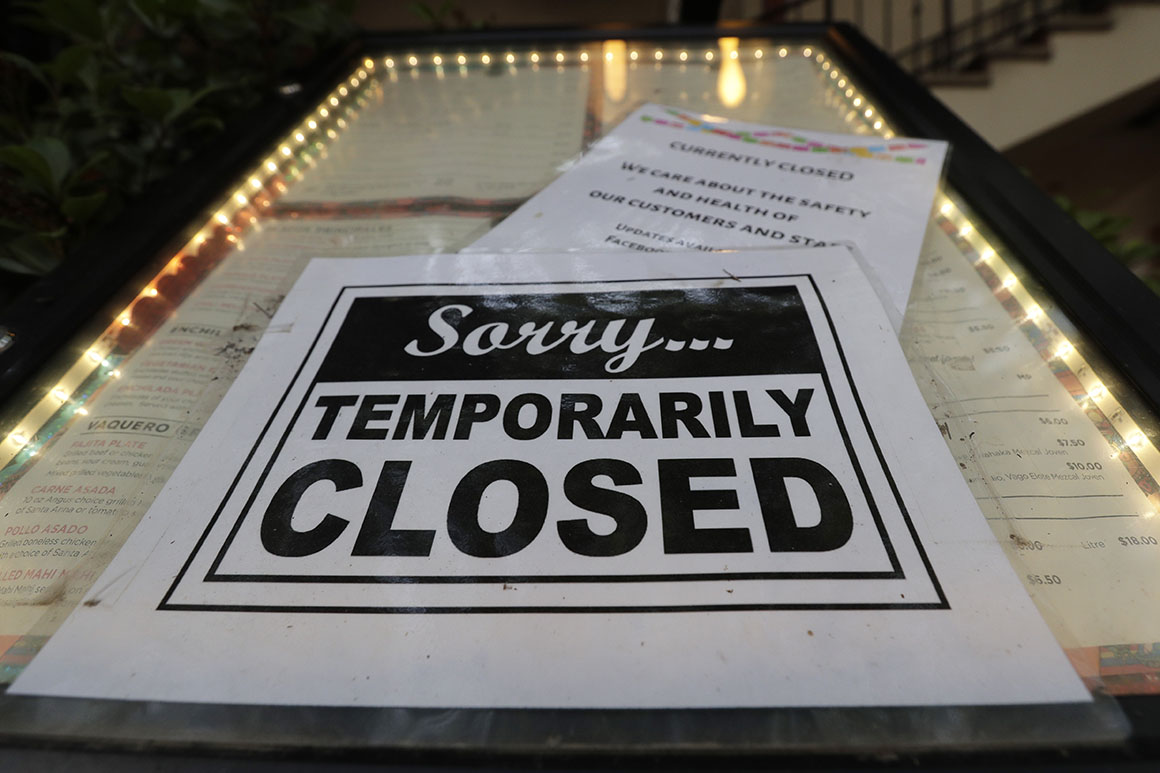 More than two dozen Washington lobbying, public affairs and consulting firms received loans from the federal government to help them weather the pandemic, according to data released on Monday by the Small Business Administration.

Firms that derive more than 50 percent of their revenue from lobbying or political work are barred from receiving the loans — which can be forgiven if companies meet certain benchmarks — under the agency’s rules. The American Association of Political Consultants unsuccessfully sued to overturn the prohibition earlier this year.

But several lobbying firms secured loans through the Paycheck Protection Program despite the rules, including Van Scoyoc Associates, the No. 10 lobbying firm in town last year by revenue, according to a POLITICO analysis of disclosure filings. The firm received a loan of between $1 million and $2 million last month, which helped it retain 63 jobs, according to the data.

Van Scoyoc lobbies for clients that include Amazon, Comcast, FedEx and Lockheed Martin, according to disclosure filings. The firm didn’t respond to a request for comment.

Michael Waxman said the firm was able to apply for the loan because lobbying accounts for less than 50 percent of the firm’s revenue. “It’s only a small fraction of our work,” he wrote in an email to POLITICO.

“The last thing we want to do is lay off employees, now or at any time,” he added. “And we’re thankful the Paycheck Protection Program was designed to provide support for small businesses like ours to weather financially stressful conditions and a still uncertain economic future.”

READ:  Putin: Relationship with U.S. has ‘deteriorated to its lowest point’ in years

Marc Kasowitz, a partner at the firm, also worked as a personal lawyer to President Donald Trump during special counsel Robert Mueller’s investigation into Russian interference in the 2016 election.

A Kasowitz Benson Torres spokeswoman said that “together with substantial cost-saving measures and greatly reduced partner distributions,” the loan “enabled us to preserve the jobs of our hundreds of employees at full salary and benefits without interruption.”

The Paycheck Protection Program was created by Congress in March to help businesses with fewer than 500 employees make it through the pandemic — with some exceptions. Strip clubs, payday loan companies and businesses that get most of their revenues from gambling, lobbying or political work were all barred from receiving the loans under SBA rules.

The agency changed the rules for casinos and other gambling businesses in April under pressure from the casino industry and the Nevada congressional delegation, but lobbying firms weren’t so lucky. Trade groups such as the Business Roundtable and the National Association of Manufacturers are also prohibited from applying for the loans; more than 2,000 trade groups sent a letter to lawmakers last week urging them to change the rules.

READ:  AOC: GOP lawmakers fearful of threats if they impeach Trump are privileged

But the rules don’t appear to have prevented a number of firms in the influence industry from receiving aid. Many of them are public affairs firms that aim to influence the federal government in ways that don’t require them to register as lobbyists.

The Clyde Group, for instance, states on its website that it can help “corporations and organizations achieve their policy, legislative, regulatory and legal goals by shaping strategies around decision-makers and relevant influencers.” The firm received between $350,000 and $1 million in April, helping to save 26 jobs, according to the data.


The DCI Group, which Bloomberg Businessweek reported in 2018 had conducted six Washington influence campaigns on behalf of hedge funds, received between $2 million and $5 million, helping to preserve the jobs of 96 employees, according to the data.

At least one public affairs firm that received a loan has returned it.

Precision Strategies, a firm started by three veterans of President Barack Obama’s 2012 reelection campaign, received a loan of between $1 million and $2 million in May, according to the data. Stephanie Cutter, one of the firm’s co-founders, said they had applied for loan as a precautionary measure but ultimately decided they didn’t need it as much as others might.

“We returned the loan in full last month because we decided there were other small businesses across the country that were more deserving of this money than we were,” she said.