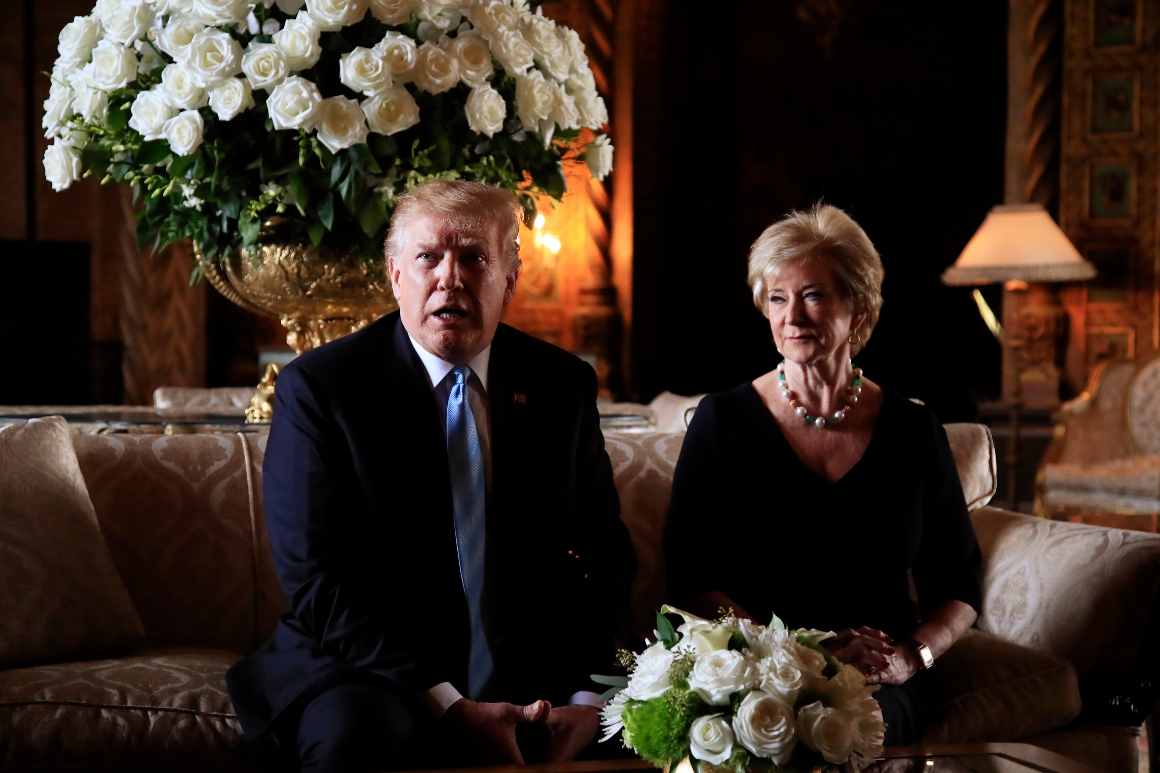 America First Action, once one of the most prominent pro-Trump super PACs, is now fighting to stave off its potential irrelevance.

As president, Donald Trump relied on groups like America First to collect the money he needed to buttress his campaign's finances. But now that he's leaving office, Trump and his allies are launching their own fundraising ventures, leaving America First hunting for new leadership to carry it into the future and potentially revamp its reputation among Republican critics who grew frustrated with the group toward the end of the 2020 cycle.

One person close to the president described America First as "unnecessary" now that alternative fundraising vehicles have emerged with direct ties to Trump or superior reputations. The group was outraised by the pro-Biden outfit Priorities USA in the waning months of the 2020 race, ignored by some of the GOP's most reliable donors and scrutinized for its hefty spending on legal fees.

In many ways, the uncertainty engulfing America First is a sign of the challenges awaiting an entire ecosystem of pro-Trump groups that materialized in Washington over the past four years — offering longtime party operatives and fringe characters alike opportunities to line their pockets and raise their profiles while boosting Trumpian causes or the president himself. But with Trump departing the White House and throwing his weight behind his own leadership PAC, these groups may struggle to keep GOP cash coming their way. Some groups could also spend years entangled in ongoing investigations and legal battles, including America First Action.

"With all due respect to Linda [McMahon], who has contributed generously to the president's cause, there is no compelling reason to keep this group alive after Biden is sworn in," said a person close to Trump. "They did a subpar job in 2020 and if the president decides to run again there are other groups that are better positioned and better organized to assist him."

America First insists it's on firm footing and will likely find qualified successors to carry it into the future. Spokesperson Kelly Sadler said the group "is well prepared to stand with President Trump in the future.” Trump has already told allies he is weighing a potential bid in 2024. And people involved with the group said they hope to have a new chair and president installed in time to steer the group into the 2022 midterm cycle and beyond.

"Well in advance of 2020, America First had a plan to be prepared for whatever the final results [were] of the election. We are awaiting the final results ... and conferring with counsel to ensure a proper transfer of control to new leadership in 2021," said a person familiar with the planning.

But Trump and his inner circle have spent weeks creating their own expanding web of super PACs that they will be pushing donors toward in the coming months.

In early November, Trump created Save America, a so-called leadership PAC that will enable him to boost political allies and potentially funnel donor money to his own namesake properties through political fundraisers and events. Meanwhile, his eldest son, Donald Trump Jr., established Save the U.S. Senate PAC — which received a $100,000 contribution from America First Action on Monday — to assist Republicans in two Senate runoff races in Georgia next month.

A third Trump-aligned group called Preserve America formed earlier this summer to reinforce GOP attacks against President-elect Joe Biden and fill an advertising void that many Republicans blamed the Trump campaign and America First for creating.

Still, America First is not showing signs of winding down entirely.

The group has spent the weeks since Election Day conducting a postelection analysis, while the Trump campaign, which America First is prohibited from coordinating with, continues to wage court fights over the election outcome and aggressively solicits contributions from the party’s base.

America First officials also intend to hold onto their Crystal City office space in Virginia through next June, and they have reserved a pot of money specifically for legal fees arising from an investigation by the U.S. Attorney's Office for the Southern District of New York. The SDNY is looking into a $325,000 donation to the super PAC made by a shell company allegedly controlled by two associates of former New York City Mayor Rudy Giuliani. The two men, Igor Fruman and Lev Parnas, were arrested last October and charged with campaign finance violations. Parnas, a Soviet-born businessman, was indicted on additional federal charges in September.

While the group's ongoing legal entanglements could repel some would-be successors, one Republican strategist suggested America First Action may easily find an outgoing administration official or Trump campaign adviser willing to take the reins given that dozens will soon be out of work and searching for ways to stay connected to the soon-to-be former president, who is expected to maintain considerable influence over the Republican Party.

"There's a collection of idiots who would be more than happy to take that job so they can get on TV and get paid," the strategist said.

When McMahon, who remains close to Trump and his family, took control of America First Action, in May 2019, the group was largely viewed as a dumping ground for former Trump aides and associates.

But even as the group refocused its efforts on boosting the president in a crucial election year — regularly conducting focus groups and field polls, and launching multimillion dollar digital and TV ad buys throughout the 2020 cycle — some Trump allies grew frustrated with the efficacy of its investments.

“Since April, America First has been the single largest outside investor supporting President Trump against an army of liberal outside groups. We welcome all allies,” she said, later contributing $10 million of her own fortune to America First Action in the final weeks of the race.

“They could definitely stay in existence for a future presidential run, but there will have to be wholesale changes to their strategy and staff,” said the Republican strategist.