Rep. Tom Malinowski’s failure to disclose up to $1 million of stock trades in companies involved in the country’s Covid-19 response has put a bright red target on the New Jersey Democrat’s 2022 reelection campaign.
What happened: Malinowski, who won… 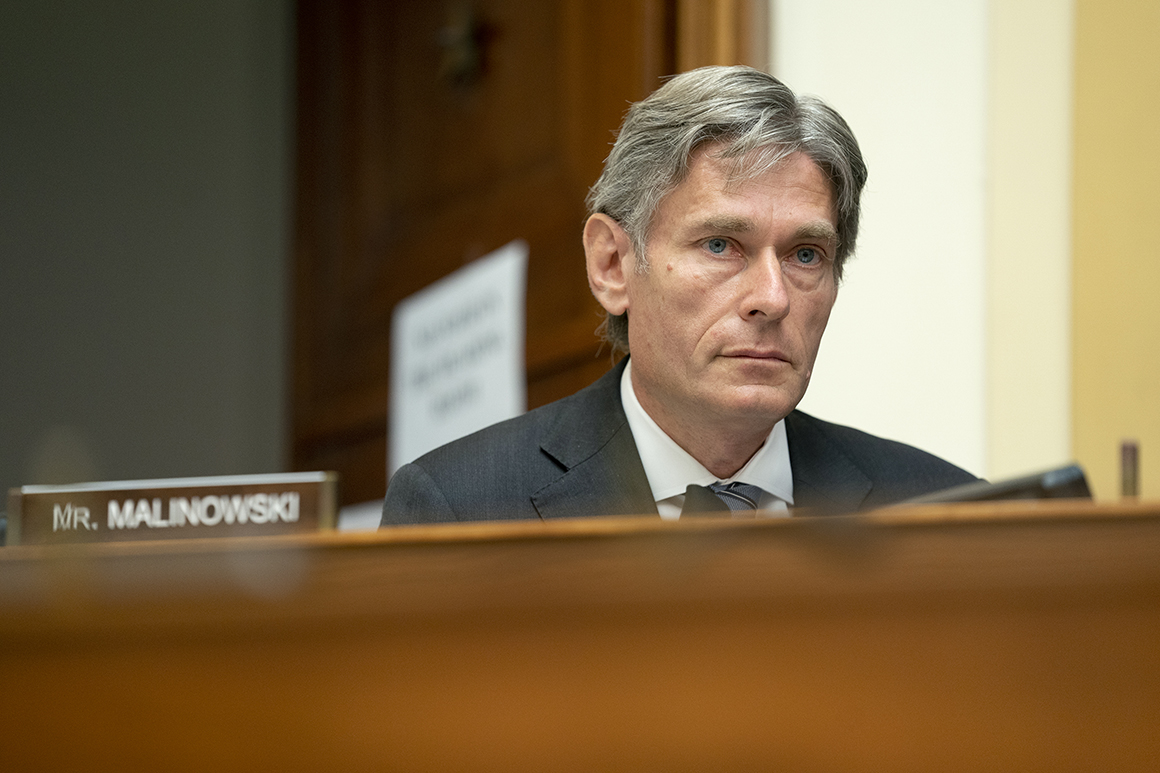 Rep. Tom Malinowski's failure to disclose up to $1 million of stock trades in companies involved in the country’s Covid-19 response has put a bright red target on the New Jersey Democrat's 2022 reelection campaign.

What happened: Malinowski, who won a close race against state Sen. Tom Kean Jr. in 2020, purportedly engaged in a series of trades involving medical and tech companies that were engaged in the pandemic response, The Associated Press reported Friday. More recent trades, which Malinowski claimed were executed by his broker without his input, shorted the stocks of at least six companies for between $62,000 and $230,000.

The full extent of Malinowski’s pandemic-era trades remain unknown. Those financial disclosures had not been made public as of Friday morning, according to the AP.

The new report lands on the heels of a pair of ethics complaints levied against the congressman — who also ran into trouble over his financial holdings as a member of the Obama administration — for failing to disclose his trading activity.

“At no point in the last 25 years have I directed, suggested, or even asked questions about a particular trade being made by my brokerage firm,” Malinowski, who is serving his second term, told the AP. He also said his failure to file reports on his financial activity was “a mistake that I own 100%.”

Why it matters: Given Malinowski’s narrow margin of victory over Kean — he closed the race up by 5,311 votes out of nearly 434,000 cast — it's not surprising the National Republican Congressional Committee announced New Jersey’s 7th Congressional District would be among their top targets for 2022.

READ:  What we're looking for on Night 2 of the Democratic convention

Kean — the state Senate’s Republican leader since 2008 and son of New Jersey’s most popular former governor — is widely believed to be preparing for another run after announcing he wouldn’t seek reelection to the Statehouse.

“If Tom Kean decides to run for Congress, then Tom Malinowski is by far the most vulnerable Democrat in the entire state,” Kean spokesperson Harrison Neely told POLITICO on Friday. “I think this guy has a real problem on his hands. … It’s not just his pandemic profiteering now, it’s been exposed as being a pattern over his year.”

Will it matter? While news of short selling companies and failing to disclose financial trades would be damaging in any context, it’s difficult to predict if this story will dog the Democrat going into the 2022 campaign.

“In a number of instances, somebody can ride out a potential controversy if the issue doesn’t impact that person’s essential brand that they’d been selling to voters,” Monmouth University pollster Patrick Murray said in an interview. “I’m not sure to what extent this is essential to Malinowski’s brand.”

The fact Kean — who’s emblematic of a pre-Trump New Jersey Republican Party — failed to unseat Malinowski in 2020 could spell trouble for the GOP, particularly after a national political discourse inflamed by culture wars pushed the district to the left, Murray said.

Another complicating factor is that congressional redistricting. Malinowski’s is hardly the only close district in New Jersey, whose House delegation favors Democrats 10-2, and it’s unclear to what extent the makeup CD-7 would change between now and election day 2022.

Nevertheless, “he was already in trouble before the financial trouble,” one Democratic operative told POLITICO. “Now it’s gotten demonstrably worse.”