‘Nothing firm has been set,’ the U.S. ambassador to NATO says after a top European diplomat concedes he wasn’t told about the plans. 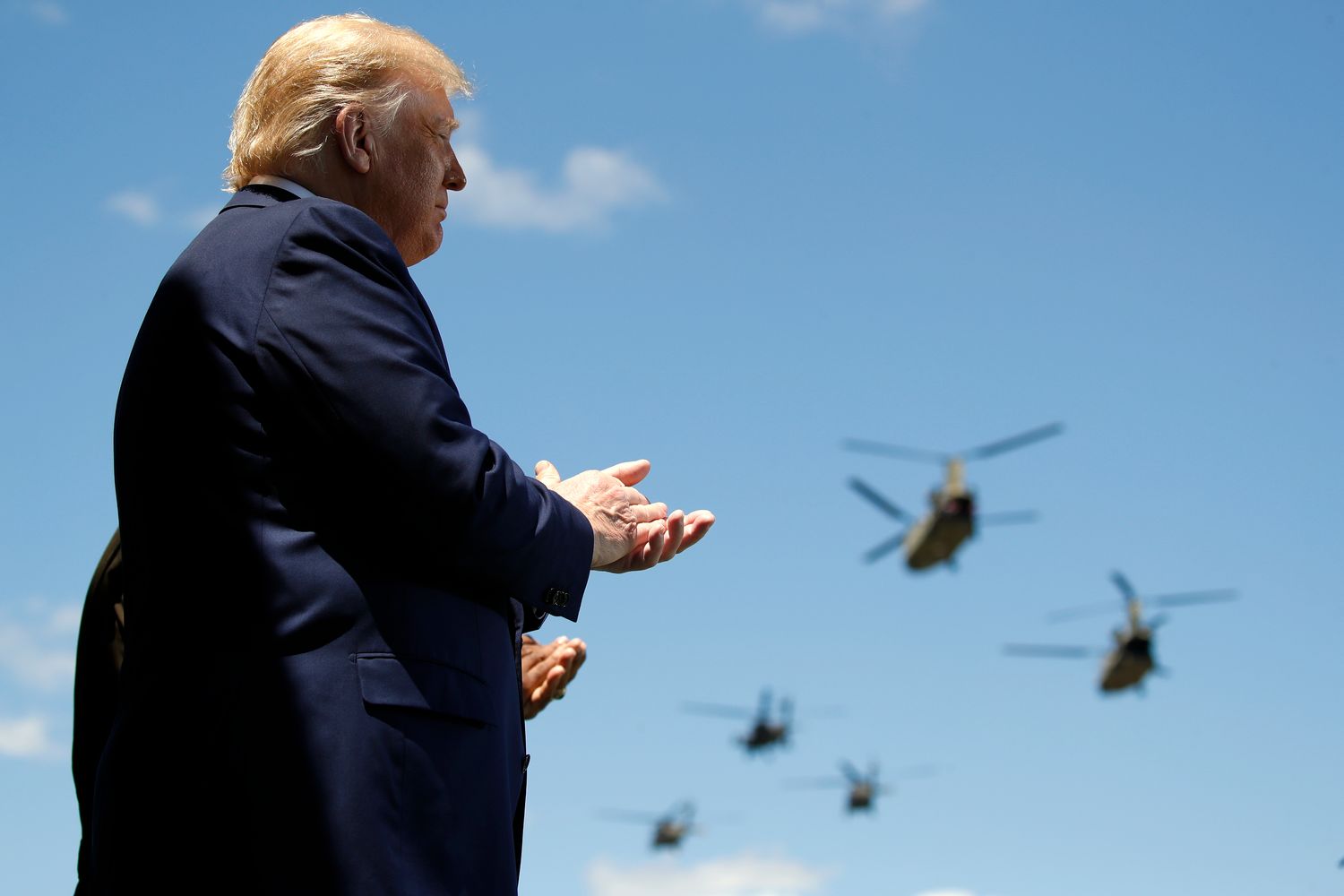 NATO Secretary-General Jens Stoltenberg confirmed Tuesday that U.S. President Donald Trump did not inform the alliance before deciding to withdraw thousands of American troops from Germany.

Stoltenberg last week declined to comment on Trump’s decision, referring to reports of the planned withdrawal of roughly 9,500 troops as "media leaks" and "media speculation."

Shortly after those remarks, Stoltenberg spoke with Trump by telephone but following the conversation NATO officials still refused to confirm Trump's plan, saying only that the leaders "also discussed U.S. military posture in Europe, as they always do."

But at a news conference Tuesday ahead of a videoconference meeting of NATO defense ministers this week, Stoltenberg conceded that Trump only told him about the plan during that call — three days after the Wall Street Journal first reported Trump's decision.

NATO allies have repeatedly voiced exasperation and dismay over Trump's unilateral military actions, which in some cases have put their own troops in mortal danger. Trump's targeted killing of the Iranian general Qassem Soleimani at the start of this year forced NATO to suspend a training mission in Iraq and some allies repositioned troops there as a result. And Trump's surprise decision to pull out of northeast Syria last November created conflict with Turkey, another NATO ally, and was one reason that French President Emmanuel Macron complained in an interview that NATO was experiencing "brain death."

During his news conference on Tuesday, the normally unflappable Stoltenberg was left stammering when asked to explain why he had dismissed the initial accounts as leaks.

"This was an issue I discussed with President Trump, I think it was Monday last week," he said. "So, this is an issue which I then discussed with him. Last week this was media reports, because it was not confirmed by the United States. Now, these reports are confirmed and therefore it’s also, what should I say, easier to comment because now it’s officially announced by the United States. And that’s exactly why I went into more details in my comments today than I did last week."

Stoltenberg repeated his usual talking points that the U.S. military presence in Europe is now larger than it was when Trump took office in 2017, but he also made clear that he did not view the planned drawdown of forces in Germany as helpful — either for NATO or the United States.

"The U.S. presence in Europe is not only about protecting Europe, but it’s also about projecting U.S. power beyond Europe," Stoltenberg said. "We have seen that bases like the Ramstein Base, the Landstuhl medical facility and many other U.S. bases in Germany, they are essential for what the U.S. has done over decades in the Middle East, Afghanistan, Iraq and in Africa. And for instance, the U.S. Africa Command is not in Africa. The U.S. Africa Command is in Europe, in Stuttgart. And the command of the 6th Fleet — which is actually patrolling down south of Africa — is in Italy."

"So it just illustrates that U.S. presence in Europe, yes, it’s of great value for European allies," Stoltenberg said, "but it also matters for the security of the United States."

Trump's decision has come in for blistering criticism, including from Republicans in the U.S. Congress and from retired Lieutenant General Ben Hodges, the former commander of U.S. Army Europe, who told POLITICO the move is "a colossal mistake."

But Trump on Monday doubled down, not only defending his decision but suggesting that it was a way to punish Germany for not spending enough on its military.

In doing so, Trump insisted, as he has previously, that Germany owes billions to NATO even though allied contributions to the alliance are measured in spending on their own militaries — a point that Trump has either failed to grasp or purposely ignored in more than three years of berating allies over their military budgets.

READ:  Experimental Covid-19 vaccine is put to its biggest test

"Germany, as you know, is very delinquent in their payments to NATO," Trump said. "So they're delinquent of billions of dollars, and this is for years. Delinquent. So we’re removing a number down to — we’re putting the number down to 25,000 soldiers. We’ll see what happens. But Germany has not been making payment."

The withdrawal of troops in Germany is seen by many experts as a benefit for Russia, which has long complained about the U.S. troop presence in Europe. But in his remarks at the White House, Trump criticized Germany's support for the Nord Stream 2 gas pipeline project and insisted Berlin was paying billions to Russia for energy while relying on protection from the U.S. He also jabbed at Germany for its trade imbalance with the U.S.

"Why is Germany paying Russia billions of dollars for energy, and then we’re supposed to protect Germany from Russia? How does that work? It doesn’t work," Trump said, adding: "So Germany is delinquent. They’ve been delinquent for years, and they owe NATO billions of dollars. And they have to pay it."

Stoltenberg at his news conference sidestepped a question on whether he would take steps to clarify Trump's misstatements about NATO financing.

"On defense spending, while President Trump has been very clear on the importance of increased defense spending across Europe and Canada," Stoltenberg said, "my message to him has been that NATO allies are actually delivering."

At her own pre-ministerial news conference, the U.S. Ambassador to NATO Kay Bailey Hutchison said she could not offer too many details about Trump's plans.

"We do know that the president said yesterday that there would be a drawdown from Germany," Hutchison said in response to a question. "He has, as far as we know, tasked the military to assess our force structure in Europe and to look at where it would best serve the deterrence and defense for all of Europe to have those troops. So, I think we know that much."

Like Stoltenberg she reiterated that the U.S. had increased its presence in recent years. "We have troops that are throughout Europe, and we’ll continue to have a troop presence in Europe," she said. "I don’t think there will be a diminution of America’s commitment to Europe at all. I think it is stronger than ever."

But Hutchison was unable to respond to questions about when the U.S. forces might leave Germany or if they could be redeployed elsewhere in Europe, perhaps to Poland.

"Well, I think any kind of actual planning, I think, has not happened yet," Hutchison said. "I know that the military is looking at the force structure, and where troops can do the most good. And, of course, Germany is a strong partner and has been a hub for our military for a long time. And I don’t think that we have any kind of timeline that I have heard of. So, I really think that much is in the phase of being looked at, but nothing firm has been set."