TALLAHASSEE — Florida is entering Election Day with roughly 9 million votes already cast, A-list surrogates zigzagging the peninsula and a flood of TV ads still in rotation. The Sunshine State, yet again, is in for another election nail-biter.
“Flori… 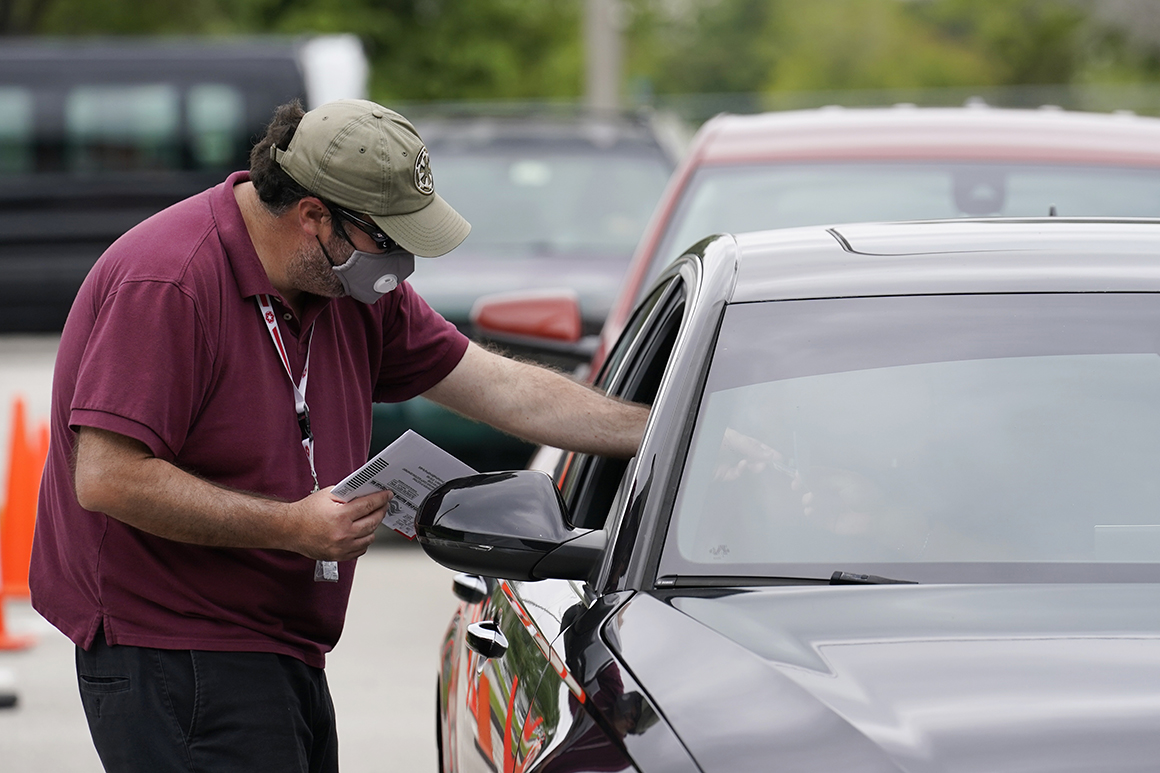 TALLAHASSEE — Florida is entering Election Day with roughly 9 million votes already cast, A-list surrogates zigzagging the peninsula and a flood of TV ads still in rotation. The Sunshine State, yet again, is in for another election nail-biter.

On Monday, in an 11th-hour messaging campaign, Democrats and Republicans were dissecting Florida‘s diverse electorate from nearly every angle to write a victory narrative in a state President Donald Trump won by fewer than 113,000 votes in 2016. A record wave of early voting has provided troves of data that both Trump and former Vice President Joe Biden are using to claim the upper hand as final votes are cast.

For Democrats, the good news looks like this: Broward County, a party stronghold, is turning out voters at a rate 3 percentage points higher than statewide turnout. The electorate has grown more diverse, some 100,000 more registered Democrats than Republicans will have voted by Election Day, and the party has roughly 200,000 more “sporadic voters” — people who don’t always cast ballots — than Republicans, giving Democrats greater potential to expand their base.

“There are definitely places I feel good about,” Steve Schale, who runs pro-Joe Biden super PAC Unite the Country, told reporters Monday. “Most of the I-4 corridor I feel good about. Broward and Palm Beach County, turnout looks good.”

Republicans counter that they have 150,000 “super voters” — people who cast ballots every year — who have yet to vote, which means the GOP again is likely to outperform Democrats on Election Day. Democratic turnout in liberal Miami-Dade County trailed Republicans by 8 percentage points as of Monday afternoon, and most polling has Biden winning the Hispanic vote, but not by the margins Hillary Clinton did in 2016.

“Every year they are overly optimistic,” said state Rep. Blaise Ingoglia, a former chair of the Republican Party of Florida. “They base their assumptions on things that never happen.”

Ingoglia said Democrats have been calling on voters to have a plan and vote early.

Clinton’s 2016 loss continues to cast a shadow over Democratic optimism. Her campaign went into Election Day with a roughly 240,000-vote advantage in Florida but lost after Republican super voters showed up in droves.

“He is incredibly effective in rallying his base and his base is an enormous percentage of this country, particularly in places like Florida,” Sheekey said of Trump.

In one of the biggest twists in a chaotic election cycle, Bloomberg in September pledged to pour $100 million into Florida to prevent Trump‘s return to the White House. The spending has played a crucial role in shaping the race, but it was just one piece in a 2020 tapestry that included countless candidate and surrogate visits, boat parades, car rallies, and $404 million in ad spending — the most of any state in the country, according to data firm Advertising Analytics.

Bloomberg’s money is funding a traditional ground game operation, including partnering with Somos PAC, a Democratic super PAC, to turn out Black and Hispanic voters in South Florida. State Democrats had griped about Biden’s lack of traditional voter outreach, a decision made in the heat of the coronavirus pandemic, but those efforts have ramped up in the days leading to the election.

READ:  Every Boston mayor has been a white man. Will 2021 change that?

While Democrats continue to nurse their hangover from 2016, Republicans tapping the last election cycle for insight have come away confident.

“The returns are going to come in from Florida and they are not going to be what the media wanted,” Florida Gov. Ron DeSantis said at a Trump rally in Miami-Dade County late Sunday. “It’s going to show it’s pretty close and close and then the Panhandle comes in and oh my gosh it’s four years, 2016 all over again. And they are going to have to admit that Donald Trump carried the state of Florida.”

As of Monday morning, of 8.8 million votes cast in Florida, registered Democrats had a 108,000-vote lead, a one-point advantage.

The narrow margin means emphasis will be put on voters with no party affiliation, nearly 2 million of whom had cast ballots as of Monday morning. While there’s no concrete data to indicate how those people are voting, both parties are making the case they’re winning the coveted independent vote.

Schale said that nearly a third of new voters who have no party affiliation are younger than 27, making them much younger than the rest of the state electorate. It’s an age range that generally leans Democratic.

“These new voters may well decide the election,” Schale wrote in a voting update Sunday. “Right now, they are younger and more diverse than the universe of all voters.”

The GOP’s Ingoglia said roughly 165,000 super voters have no party affiliation. The fact that they have not yet voted suggests that they support Trump, who has baselessly claimed that vote-by-mail is a vehicle for fraud. He has encouraged his supporters to vote in person on Election Day.

Ingoglia expects as many as 78 percent of those super voters to break for Trump,

“There’s a reason why they’re voting late. They’re listening to @RealDonaldTrump and voting in person,” he tweeted Monday.

The fight for every vote is set against a backdrop of potential irregularities and voter intimidation, both of which have made appearances.

Despite the irregularities, the fact that nearly 9 million people have cast ballots is a good sign that voters aren’t discouraged, Schale said.

“You can only control what you can control,” Schale said.