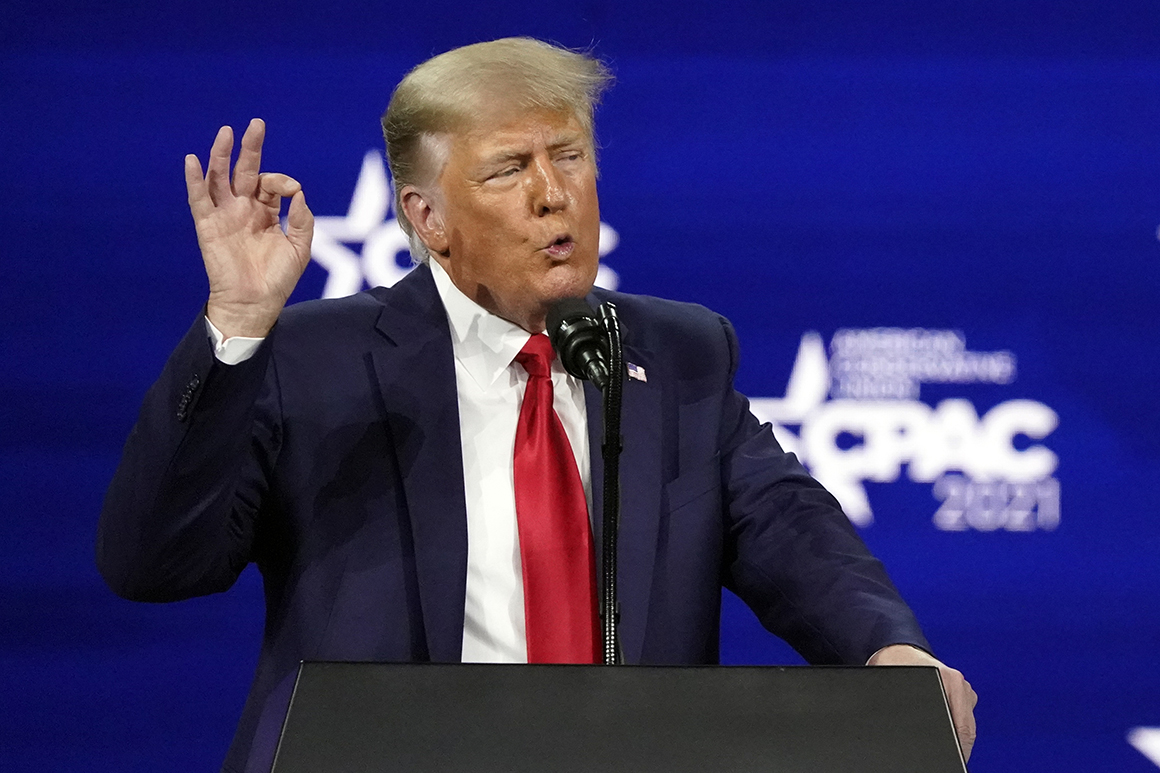 President Donald Trump is out of office, but the scammers that used his name to raise money aren’t stopping.

Over the past few weeks, POLITICO has received a number of robocalls from generically named political groups asking for cash in order to help in very Trump-specific missions.

A donation of $100, for example, would help return Trump to Twitter. Or, for a similar amount, a potential donor can “stop Kamala Harris and socialism,” the calls claim. Other calls ask for money to ensure that congressional Democrats don’t dismantle the wall Trump started building along the U.S.-Mexico border.

One of the telemarketers behind the calls, who spoke to a POLITICO reporter on Wednesday, promised that “100 percent of the contributions go directly to President Trump.”

But the calls aren’t being made by Trump’s Save America political action committee. In fact, it’s not entirely clear who’s behind them. The telemarketers on the line said they were volunteers working for the Campaign to Support Republican Leaders, which is not registered with the Federal Election Commission and doesn’t have any online presence.

One telemarketer said he was calling from the 33rd floor of a Dallas office building — a building which is home to a WeWork office that’s been linked to a man named Matthew Tunstall.

Tunstall is the treasurer of the Support American Leaders PAC, which lists its address as the same Dallas WeWork office on Federal Election Commission forms. Another telemarketer on the recent robocalls identified the group behind it as the Campaign to Support the President. That group, too, lists Tunstall as its treasurer on FEC forms.

A POLITICO investigation in 2019 identified Support American Leaders PAC as one of more than a dozen pro-Trump PACs with no actual ties to Trump. Such PACs, sometimes known as scam PACs, have plagued Republicans — and, to a lesser extent, Democrats — for years. They were so persistent in hitting up donors for cash under the ruse of it going to Trump’s campaign that the actual campaign felt compelled to disavow them.

“There’s nothing we can do to stop them,” Kelly Sadler, a spokesperson for the Trump-endorsed America First super PAC, told POLITICO at the time. “This is a problem for the campaign, as well as us, as well as for the RNC.”

Tunstall did not return a request for comment. Nor did a Trump aide. But the persistence of Trump-related robocalls underscores how valuable his name remains in political fundraising nearly two months after he left office.

Justin Riemer, the RNC’s chief counsel, responded in a letter to Trump’s lawyer on Monday that the group had every right to refer to public figures such as Trump in its fundraising solicitations. The former president has since backed down from the threat he issued.

Save America has raised more than $31 million in less than two months after Trump’s allies started it. Trump is also reportedly planning to add a super PAC to his post-presidential operation.

Support American Leaders PAC, by contrast, reported raising nearly $2.5 million during the 2020 cycle. Less than $375,000 was spent on ads and voter contact supporting Trump, and none of it went to Trump’s campaign.

Back in 2019, a CNN investigation traced a series of mysterious robocalls claiming to raise money for Trump’s wall back to Support American Leaders PAC. Those calls used a recording of Trump’s voice to give the impression the then-president was behind their efforts.


The current crop of robocalls also use a Trump voice recording. But because they can’t ask recipients to help support the Trump agenda anymore, they have shifted focus to protecting it.

"Stand with President Trump's legacy agenda and stop Joe Biden from banning assault rifles and stopping construction of the wall,” went one robocall, before offering recipients a “complimentary 2021 USA sticker” as an enticement for their donation.