Donald Trump hasn’t just personalized foreign policy—he’s let rivals get used to playing politics in the U.S. If Biden wins, he’ll need to put the genie back in the bottle. 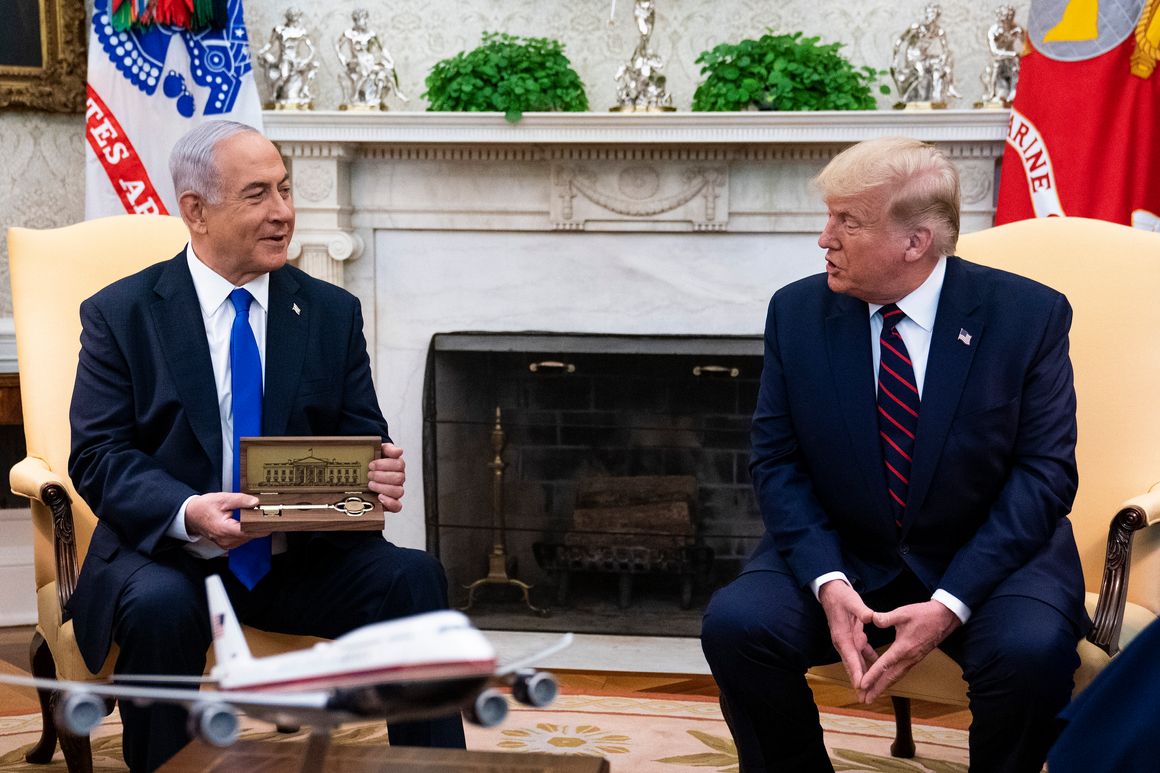 If Joe Biden wins the presidency, his foreign policy to-do list is going to be vast: reengage with the global community on China and the pandemic, restart nuclear talks and reassure NATO, to say nothing of refocusing America’s sprawling military commitments.

But there’s one issue that hasn’t been on the radar—almost more an issue of style than substance, but critical nonetheless to restoring some lost stature to American diplomacy.

Like a house guest who starts to act like a rent-paying roommate, Washington’s partners overseas, especially in the Middle East, have grown far too comfortable taking inappropriate partisan stands in American politics.

The old adage holds that American domestic politics supposedly stop at the water’s edge, meaning that partisan disputes are waged in Washington, but not abroad. American administrations of all stripes have generally worked to remind foreign governments—friends as well as enemies—not to try to play America’s parties and personalities against each other. International relations are supposed to be serious business conducted between national governments, and not personal deals forged by individuals in power.

While the actual practice of foreign policy has often fallen short of that mythologized past, both parties have acknowledged the importance of the norm even when failing to respect it.

Middle Eastern leaders had begun eroding those norms before the election of President Donald Trump. Israeli leader Benjamin Netanyahu decisively sundered the institutional basis of the U.S.-Israel relationship, visiting Congress at the invitation of Republicans in an explicit affront to President Barack Obama. Israel, along with oil monarchies Saudi Arabia and the United Arab Emirates, publicly undermined the Iran nuclear deal, encouraging Americans to oppose the deal on party lines.

Since Trump’s election, however, overt partisanship by foreign powers has risen to new levels. Leaders in Israel, Egypt, Saudi Arabia and the Emirates openly worry about the setbacks they might face if they lose the special status they’ve been granted by Trump. Saudi’s de facto leader has steered Saudi investments into swing states to encourage votes for Trump. Israel and the United Arab Emirates have lobbied hard—and successfully—to make Iran policy a partisan domestic issue in the U.S., rather than a bipartisan matter of national security.

Disturbingly, foreign leaders have started to treat their partnerships with the United States as a personal relationship with the man at the top and his family—no surprise for a batch of unabashedly authoritarian leaders.

In the short term, this corrosive approach has paid off richly for friendly authoritarians. Personal flattery to Trump and a transactional, partisan approach to U.S. politics has given American partners in the Middle East a green light to undertake previously inconceivable actions. Dictators like Egypt’s Abdul Fattah al-Sisi have gotten a free pass while imposing unprecedented violent repression on their citizens. When Sisi was reelected in 2018 in a fundamentally flawed and unfair process that saw him capture 97 percent of the vote, Trump didn’t rap his knuckles for subverting democracy; instead he heartily congratulated Sisi on the win.

Saudi Arabia and the UAE have continued to buy big on the U.S. weapons market, embracing Trump and spending freely at his family businesses, and have delivered a conveniently timed thaw in relations with Israel. In exchange, Trump has continued to support the two oil powers’ destructive war in Yemen (compounding Obama’s initial mistake of greenlighting the Saudi-led campaign—a bad policy decision, but not the product of a handshake deal between strongmen). He has shielded Saudi’s de facto leader from any consequence for targeting dissidents, including the murder of journalist and U.S. resident Jamal Khashoggi—even bragging to Bob Woodward that he had “saved his ass,” and explaining further that he “was able to get Congress to leave him alone” and “get them to stop.”

That same personalized approach to diplomacy has been a hallmark of Jared Kushner’s dealings in the Middle East, with U.S. officials having expressed concern about his private text messages with Saudi Crown Prince Mohammed bin Salman, functioning with no oversight or input from the formal institutional channels of diplomatic engagement.

Netanyahu, meanwhile, has been repaid for lining up with Trump and Republicans by achieving everything on his wish list; the U.S. has shed even the slightest pretense of being an honest broker, siding with the Israeli right to cut off aid to Palestinians, abandon the peace process, approve irreversible settlements on occupied Palestinian territory and move the U.S. Embassy from Tel Aviv to Jerusalem.

Other authoritarians around the world have taken note. Trump admirers like Rodrigo Duterte in the Philipines, Viktor Orban in Hungary and Jair Bolsonaro in Brazil appreciate the short-term benefits of approaching their partnership as an alliance with strongman Don rather than with the U.S. government. Duterte escaped censure or sanctions for his burgeoning authoritarianism and murderous drug war, because his endorsement from the man at the top of a U.S. government staunchly opposed to Duterte’s policies.


If Biden wins, he’ll arrive in office to find a series of counterparts now accustomed to this personal, partisan style, and will need to brush them back, quickly and decisively.

Biden would have a few tools at his disposal to do this. Publicly, his State Department could name and shame the most egregious violators of international diplomatic norms. The U.S. government should not be afraid to embarrass leaders in Israel, Saudi Arabia and elsewhere who have cheapened what are, after all, a national and not a personal asset—the strategic historical partnerships between states.

Some of the most troublesome leaders are rightly afraid that they’ll lose if and when the United States undergoes a larger review of problematic partnerships. Turkey, Egypt and Saudi Arabia almost certainly will experience a long-range downgrade in the status of their special relationships if Biden undertakes a levelheaded policy review. Israel would cease to enjoy a green light for unfettered settlement expansion. And Europe’s most dictatorial leader, Hungary’s Viktor Orban, would lose American support in his bullying campaign against what he calls “loopy liberals.”

Government-government contacts at the level where the real work of a partnership gets done can be postponed or slow-rolled for six months or a year, to give American partners some time to remember their priorities—and their manners. Arms deliveries can be delayed. Diplomats can deliver the message that comity is expected in public and private.

But the U.S. will also have to get its own house in order. The door to foreign partisanship was opened by hyperpartisan Americans. A reassertion of discipline on America’s international relations requires a reimposition of sanity at home—Americans can disagree about how much to back Israel’s right-wing government, or the Saudi bombing of Yemen, but they should be condemned when they invite foreign governments to join partisan forces in American domestic political disputes, whether in Congress or in elections.

Domestically, Biden might have to play a little hardball on this front: There are plenty of American politicians and interest groups that have poisoned the well with bad-faith venom around questions of the national interest, and he’ll need to find ways to marginalize them unless they’re willing to rejoin a genuine political dialogue.

These toxic trends were already underway before 2016, with an increasing number of foreign policy issues being decided along party lines. But Trump has crossed a line with an approach to deal-making that is intensely political and personal. His signature foreign policies are directly tied to his personal fortunes, political and sometimes financial, and he scoffs at the expertise of his own administration. Nuclear experts were terrified by the lack of preparation or strategy that went into Trump’s personal diplomacy with North Korean leader Kim Jong Un.

Policy professionals won’t always agree on the best way to pursue American security and interests abroad. But it’s conceivable that we can return to a practice of forging consensus on national security policy and ratifying international treaties, keeping foreign leaders out of politics, even when they seem to offer a tactical advantage to one side or another. Foreign policy can, and should, transcend an individual presidency—a view the United States has held throughout most of its history. We will all be safer when it does once again.