Supply chain problems have been unfolding throughout the pandemic, as people radically shifted what they bought. 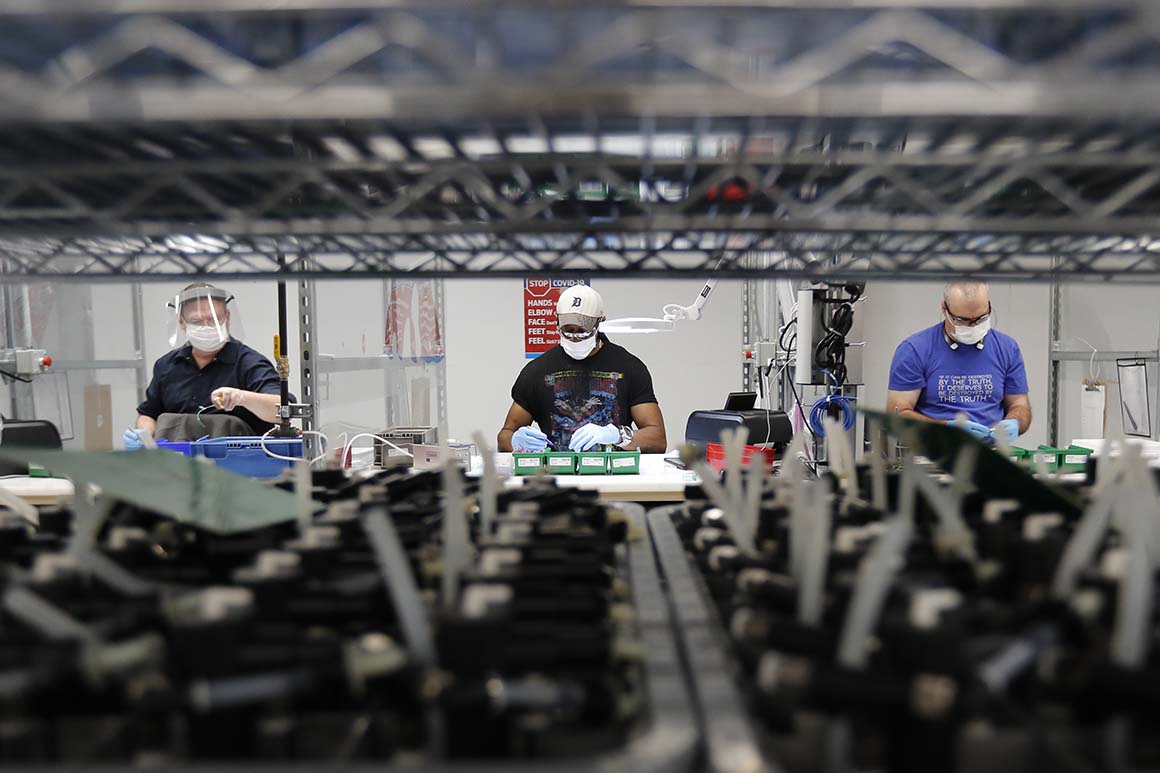 With the economy set to boom this year and government aid inflating bank accounts, American businesses and consumers are ready to splurge. That is, if they can find enough of what they want to buy.

Production and shipping bottlenecks have cropped up around the world, a result of the coronavirus pandemic; severe weather events like the winter storm in Texas; a shortage of computer chips serious enough to spur President Joe Biden to summon CEOs to the White House; and even that ship that got stuck for days in the Suez Canal. Federal Reserve surveys show that delivery times are more delayed than at any time since 1951.

Compounding those difficulties is the unexpectedly sharp rebound in many sectors of the U.S. economy — an uneven reopening that makes it all the more difficult to predict what people will spend money on and ensure that supply is there to meet demand.

All of this raises the stakes for the Fed. Despite the raft of positive headlines around soaring consumer purchases and lower jobless claims, the disruptions have led to an uptick in costs for companies in industries from furniture to food. That could lead to a surge in inflation if passed along to consumers, putting a drag on Biden’s hopes for a robust recovery and fueling pressure on the central bank to raise rates far earlier than it wants to.

“The economy’s a fine web where everything’s matched together, and that got torn apart by the pandemic,” said Jason Furman, a professor at Harvard University and a former chief economist to President Barack Obama. “We’re just hoping it all comes back together.”

READ:  Opinion | The Folly of the Never Republicans

Supply chain problems have been unfolding throughout the pandemic, as people radically shifted what they bought — canned beverages instead of fountain drinks, sweatpants instead of suits — toppling the normally efficient order of global supply chains.

Higher prices, at least temporarily, would bring supply and demand back into balance, a dynamic that the Fed — as the country’s inflation cop — has been watching closely. The central bank has argued that any price increases due to supply disruptions will only have a short-term effect on inflation data, and Chair Jerome Powell says the Fed won’t act to raise interest rates unless there is a more long-term, concerning shift upward in price levels.

“There's a difference between essentially a one-time increase in prices and persistent inflation,” Powell said last week. “Inflation tends to be dictated by underlying inflation dynamics in the economy, as opposed to things like bottlenecks.”

Still, the Fed’s anecdotal analysis of different regions of the country, known as the “Beige Book,” this week showed that supply chain disruptions were cropping up in nearly every industry, the caveat to an otherwise optimistic outlook for the economy.

“This supply disruption is getting to the breaking point where we’re going to have to start raising prices, and we’re going to see inflation,” said Jim Bianco, head of financial analysis firm Bianco Research.

In the meantime, a key question is how markets will react as inflation rises, even if it’s only temporary. So far, the Fed has attributed gradual increases in yields on U.S. government debt to the brightening outlook for the economy, a scenario that should bode well for stocks as well as bonds, since faster growth is also positive for the long-term performance of corporations.

But if yields were to rise sharply because bond investors are spooked about inflation, that could lead the Fed to pull back its support for the economy sooner than expected, popping financial bubbles and hurting the latest record-breaking stock market rally.

“If rates are rising because real growth is causing a huge demand for credit — great,” Bianco said. “But if rates are going up because inflation is occurring, that is a problem for the stock market.”

The most high-profile supply problem is the global computer chip shortage, fed by a surge in demand for tech products as millions of people moved to work from home. That’s rippled out to hurt industries like auto manufacturing, with cars now so dependent on computerization.

Biden convened a group of CEOs to discuss the problem on Monday, and he said there is bipartisan support to boost funding for U.S. semiconductor manufacturing. His own infrastructure plan would set aside $50 billion for that purpose. But the results of that effort would take years to manifest and would do little to address the crunch in the near term.

Other shortages might be resolved more quickly, with mismatches driven more by the difficulty of advance planning in a situation that continues to be highly uncertain.

“It’s easier to turn the lights out at a plant than to ramp up,” said Diane Swonk, chief economist at Grant Thornton. “The rebound in goods in many cases was a surprise.”

The reopening of many restaurants, for example, has sparked a rise in purchases of single-serve ketchup packets, but there’s only so much capacity to produce those at once. And unless it’s clear that the higher level of demand is going to be sustained, companies might not want to invest in expanding their production capacity.

“If I were in the aluminum can business, I’d be reluctant to be ordering new machines until I knew what the fountain business looked like,” said Scott Miller, a senior adviser at the Center for Strategic and International Studies. “I’d be doing a lot of market research in Florida and Texas, where bars and restaurants are reopened, to determine how much of the shift is temporary and how much is permanent.”