Democrats will lock down their roster of Senate candidates, while Jeff Sessions’ comeback bid faces a wall of Trump-fueled opposition in Alabama. 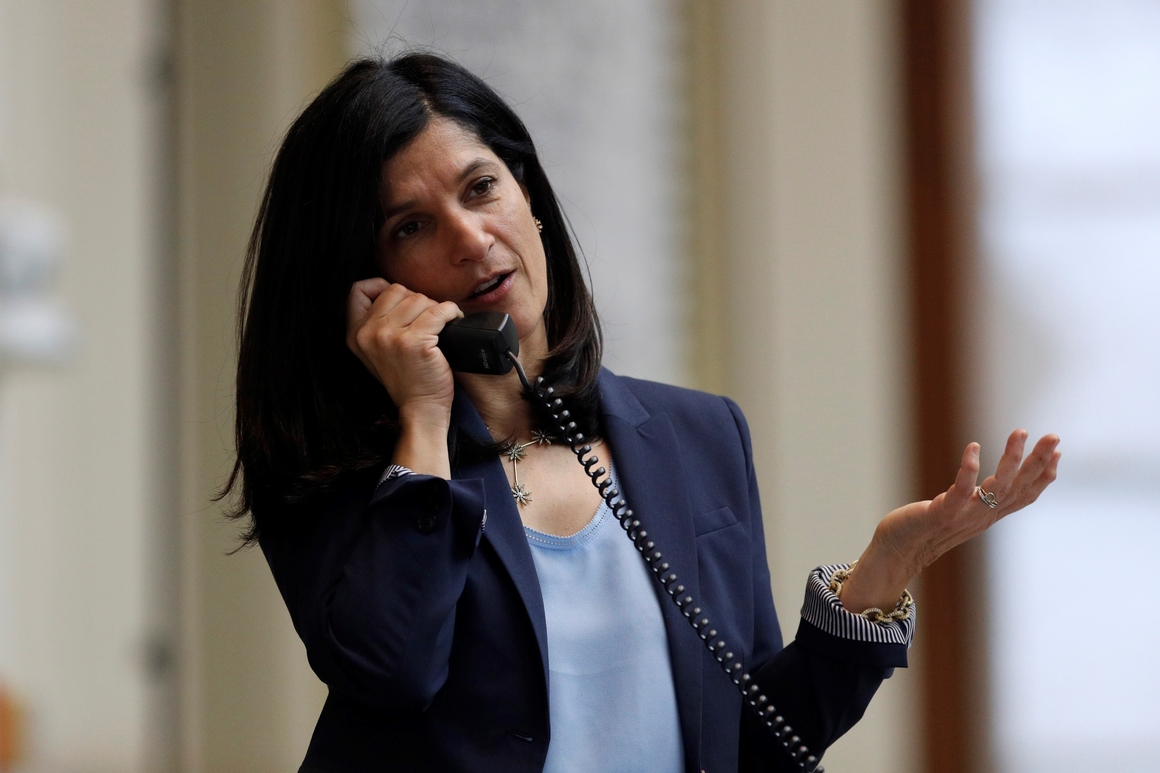 Democrats will all but finalize their roster of candidates for a Senate takeover bid in Tuesday’s primaries.

They will pick a candidate to take on Sen. Susan Collins in Maine, with state House Speaker Sara Gideon the heavy favorite to win that state’s ranked-choice primary. Democrats will also pick a nominee in Texas — amid a push to turn the state blue in 2020, two years after Beto O’Rourke nearly knocked off Sen. Ted Cruz.

Meanwhile, President Donald Trump’s involvement in GOP primaries all around the country faces more major tests — including two races where he has personal stakes in the outcomes.

Trump’s former attorney general, Jeff Sessions, is running in a GOP primary runoff for his old Senate seat in Alabama. But Trump, still aggrieved by Sessions’ 2017 decision to recuse himself from the Justice Department’s investigation into the 2016 election, has piled on Sessions — not only endorsing his opponent, Tommy Tuberville, but openly mocking Sessions’ comeback attempt.

Trump’s endorsement has made Tuberville the favorite in Tuesday’s runoff, but it’s less clear if the president’s backing will boost Ronny Jackson, his former White House physician, who is locked in a tight race for a Republican-heavy House seat in the Texas panhandle.

Trump has made it clear how much he despises Sessions. But will the Alabama Republicans who voted for Sessions for decades abandon him for Trump’s candidate?

Sessions made a last-minute entrance into the GOP primary for his old Senate seat last fall, hoping there was enough remaining goodwill from his two decades serving the state to propel him to another term and rehabilitate his image. But since then, little has gone to plan.

Trump endorsed Tommy Tuberville, the former Auburn University football coach, a week after Tuberville edged Sessions for first place in the March 3 primary. Because of the coronavirus pandemic, what was supposed to be a March 31 runoff was postponed until July 14

Since the primary, Tuberville has done little to engage with Sessions, keeping the focus of the race for the most part on the former senator and the president. Sessions has called Tuberville weak for refusing to debate and framed him as a carpetbagger for moving to the state to run for office. Tuberville’s allies have brushed off those attacks as unlikely to move voters more than Trump’s endorsement.

The race is critical to Republicans’ hopes to keep the Senate. Democratic Sen. Doug Jones, who won the 2017 special election to fill Sessions’ old seat, is the most vulnerable senator on the ballot this fall. But he has a massive financial advantage and has been running positive ads focused on his record while the Republicans battle it out for months.

If Sessions pulls off the upset, he’ll need to quickly repair his relationship with Trump’s most ardent supporters — and potentially with the president himself, if that remains possible. If Tuberville wins, he’ll need to prepare for a general election against a tough opponent who was the first Democrat to win a Senate race in the state in decades.

Can Democrats get their candidate in Texas?

Senate Democrats have faced a handful of primaries in recent months testing their preferred candidates in battleground states. Texas is the final competitive intra-party clash before the party can turn their full attention to the fall.

MJ Hegar, a combat veteran who narrowly lost a 2018 House race, won the March 3 primary but fell far short of a majority needed to win the nomination against GOP Sen. John Cornyn. Hegar faces a runoff Tuesday against state Sen. Royce West, who narrowly finished in second place in the primary.

The Democratic Senatorial Campaign Committee and EMILY’s List endorsed Hegar, who has outraised and outspent West. But the longtime state lawmaker has influential endorsements in the state that could help propel him in a tight contest.

The race has turned bitter in the final stretch, with West and Hegar exchanging significant attacks, according to the Dallas Morning News. They’ve also gotten a push from Cornyn’s campaign, which has been meddling in the race by boosting West’s profile with attacks calling him too liberal for Texas, which could be viewed as a positive attribute for primary voters.

If Hegar wins Tuesday, the DSCC will have a perfect record this year in primary endorsements after an aggressive strategy of backing candidates in nearly every single competitive primary.

But the general election could prove an uphill battle, even as Texas shows signs of being vulnerable for Republicans. Cornyn starts the campaign with $14.5 million in the bank, compared to just $1.6 million for Hegar (and far less for West), giving the incumbent a major edge over his emerging opponent. And even polling that shows Joe Biden running neck-and-neck with Trump in a state that hasn’t voted for a Democratic presidential candidate since 1976 also shows Cornyn with leads over both Democrats.

A huge clash — a major windfall for Gideon — awaits in Maine

Gideon and Collins have been running general election campaigns against each other for months — but on Tuesday it will all-but-certainly become official. And her fight for a fifth term will easily be the toughest and most expensive campaign of Collins’ career.

Gideon still has to dispatch Betsy Sweet and Bre Kidman, two other Democrats who have failed to gain significant traction. Gideon has taken criticism from her opponents and from Republicans for not debating more during the primary, but the race has never appeared to be particularly close.

Gideon’s campaign announced she raised more than $9 million in the second quarter, which is more than the Democrats who ran against Collins in 2008 and 2014 raised for their entire campaigns combined, according to FEC records. Collins has also significantly upped her fundraising from previous campaigns, which she won without much trouble.

Both campaigns have been in full-scale, general-election mode for months, running millions of dollars in TV ads and airing a mixture of positive spots about their own record and early attacks against each other. Major outside groups in both parties have also been on the air, though Democrats have outspent their GOP counterparts.

All that amounts to what is likely already the most expensive race in Maine history. Still, the money is going to increase after Wednesday. In 2018, a crowd-funding effort to support Collins’ future opponent was created to fund her opponent if she voted to confirm Supreme Court nominee Brett Kavanaugh. After Collins’ dramatic vote for Kavanaugh, Gideon stands to be the recipient of that money, which will be a significant boost into her campaign coffers.

The primary runoff for this deep-red swath of the Texas Panhandle pits Trump’s former White House physician against Josh Winegarner, who is endorsed by the outgoing incumbent, Rep. Mac Thornberry (R-Texas).

Jackson — a retired Navy rear admiral famous for his effusive praise of the president’s health — caught two big breaks in his attempt to break out in a massive field ahead of the first round of the primary: He nabbed a coveted Twitter endorsement from Trump and then found a national platform on cable news, using his medical background to discuss the coronavirus pandemic. 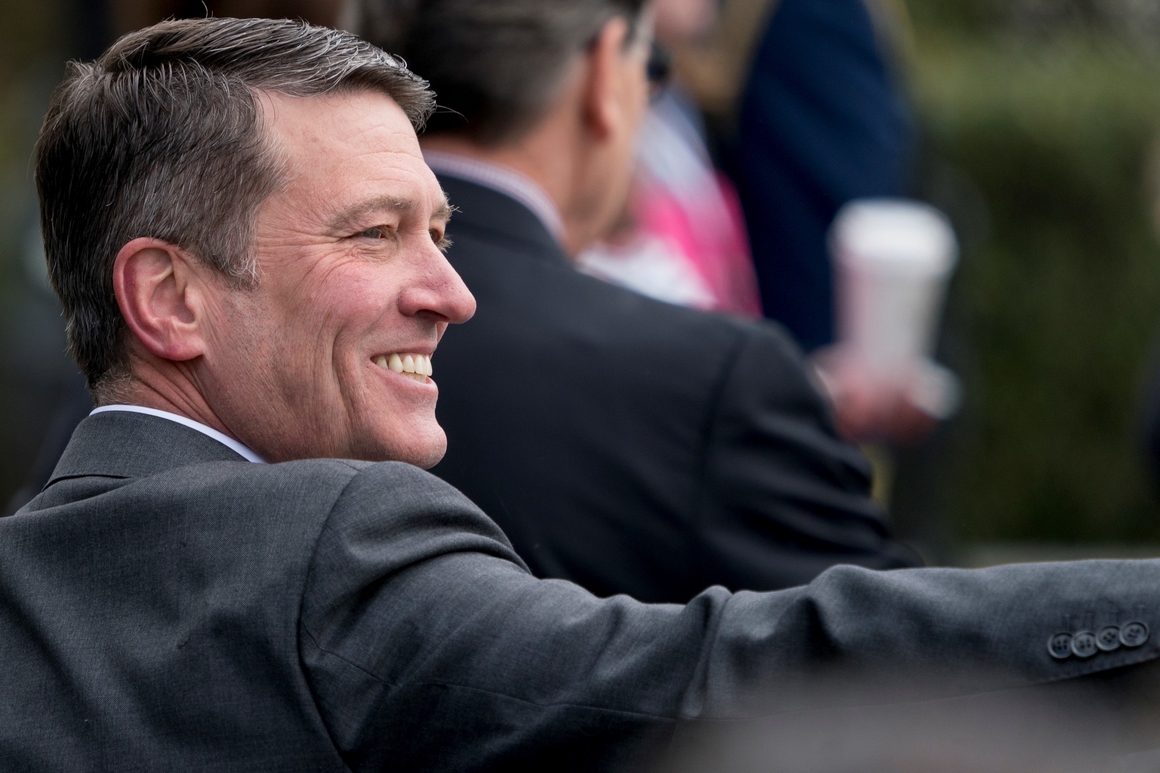 Yet Winegarner has a large head start over Jackson; he beat him in the March 3 primary by 19 points. And he has outspent Jackson by about $200,000 as of late June.

A Jackson loss would be a tough blow for Trump, whose near-perfect record in congressional endorsements has taken a hit in recent weeks. He waded into a North Carolina congressional primary runoff to endorse his chief-of-staff’s pick — only to see her routed by a 24-year-old, first-time candidate. He also backed GOP Rep. Scott Tipton, who lost his seat last month in a shocking upset.

The GOP will finally crown nominees in what are expected to be two of the most competitive House races in the country.

Three Republicans are vying for a chance to take on Democratic Rep. Jared Golden: former state Rep. Dale Crafts, 2018 Senate nominee Eric Brakey and Adrienne Bennett, a former aide to then-Gov. Paul LePage. But the contest is very likely heading to a ranked-choice runoff, which is required by law if no one hits 50 percent on the first ballot.

At least one independent public poll suggests Crafts is in a commanding position to win the nomination. Brakey is the top fundraiser, but Crafts has a compelling personal story — a motorcycle accident left him paralyzed from the waist down — and an endorsement from LePage.

It will be a top battleground no matter who emerges from the primary. Trump carried this rural Maine district by 10 points in 2016, and Golden won it last cycle in a ranked-choice runoff after the votes of two third-party candidates were redistributed.

Meanwhile, Republicans are locked in a vitriolic runoff for a suburban Houston seat that is among the most diverse in the nation. GOP megadonor Kathaleen Wall has spent millions on TV ads tarring Fort Bend County Sheriff Troy Nehls for his response to the sex trafficking crisis in his community. (Another ad says China "poisoned our people" with the coronavirus.)

Nehls, who won the March primary by 21 points, is favored to nab the nomination — but he’ll emerge from the race with no money and high negatives. Meanwhile, Democrat Sri Kulkarni avoided a runoff and is sitting on $1.1 million in his campaign account.

READ:  Opinion | Biden Needs to Go Big on the Climate

House Democrats will choose nominees in two competitive Texas seats that will have big implications on the House majority.

The primary runoff for retiring GOP Rep. Kenny Marchant’s seat in the Dallas-Fort Worth suburbs has become especially heated. The Congressional Black Caucus, Congressional Hispanic Caucus and some progressives have lined up behind Candance Valenzuela, a former school board member who was homeless as a child. Veterans’ groups have coalesced behind Kim Olson, a retired Air Force colonel who ran statewide in 2018. Olson took first place in the March primary, but a recent Data for Progress poll showed Valenzuela ahead by double digits.

The seat has all the trappings of a Democratic pickup. Marchant barely won this seat in 2018 against an underfunded challenger, and Trump’s 2016 victory margin was 16 points smaller than Mitt Romney’s was in 2012.

In a sprawling central Texas seat, which spans from Austin to the Houston suburbs, 2018 nominee Mike Siegel will face off against physician Pritesh Gandhi. 314 Action, an outside group that supports Democratic scientists and doctors, has been spending to boost Gandhi, but Siegel won the first round by 11 points and has residual name ID from his last run. And because Gandhi is a practicing doctor, the pandemic has hampered his ability to campaign and fundraise.

Yet some national Democrats worry that Siegel, who supports Medicare for All and the Green New Deal, is a poor fit for Rep. Michael McCaul's seat that Trump carried by 9 points.

Former Rep. Pete Sessions, a former chair of the National Republican Congressional Committee, is attempting a comeback bid 100 miles south of the Dallas-area seat he lost in the 2018 midterms. That has put him at odds with the retiring incumbent, GOP Rep. Bill Flores, and other local officials who are aligned behind businesswoman Renee Swann.

Sessions led the crowded primary field in March, beating Swann 32 percent to 19 percent. But he has yet to post the prolific fundraising for which he was renowned and is facing accusations of carpetbagging.

Two seats are open this cycle after retirements by Republican Reps. Bradley Byrne and Martha Roby in Alabama. Both of Tuesday’s runoffs quickly turned into a race to see who is the Trumpiest.

In Roby’s district, the contest is between businessman Jeff Coleman and ex-state Rep. Barry Moore, who claims to be the first elected official in the country to back Trump. Former state Sen. Bill Hightower faces Mobile County Commissioner Jerry Carl for the nomination to replace Byrne, who finished third in the Senate primary behind Tuberville and Sessions.

Tuesday will be a big test for the Club for Growth’s influence, which has backed Hightower and Moore.