After the George Floyd killing, reformers took a big swing at transforming their local police. One key weapon they’ve turned to: ballot measures. 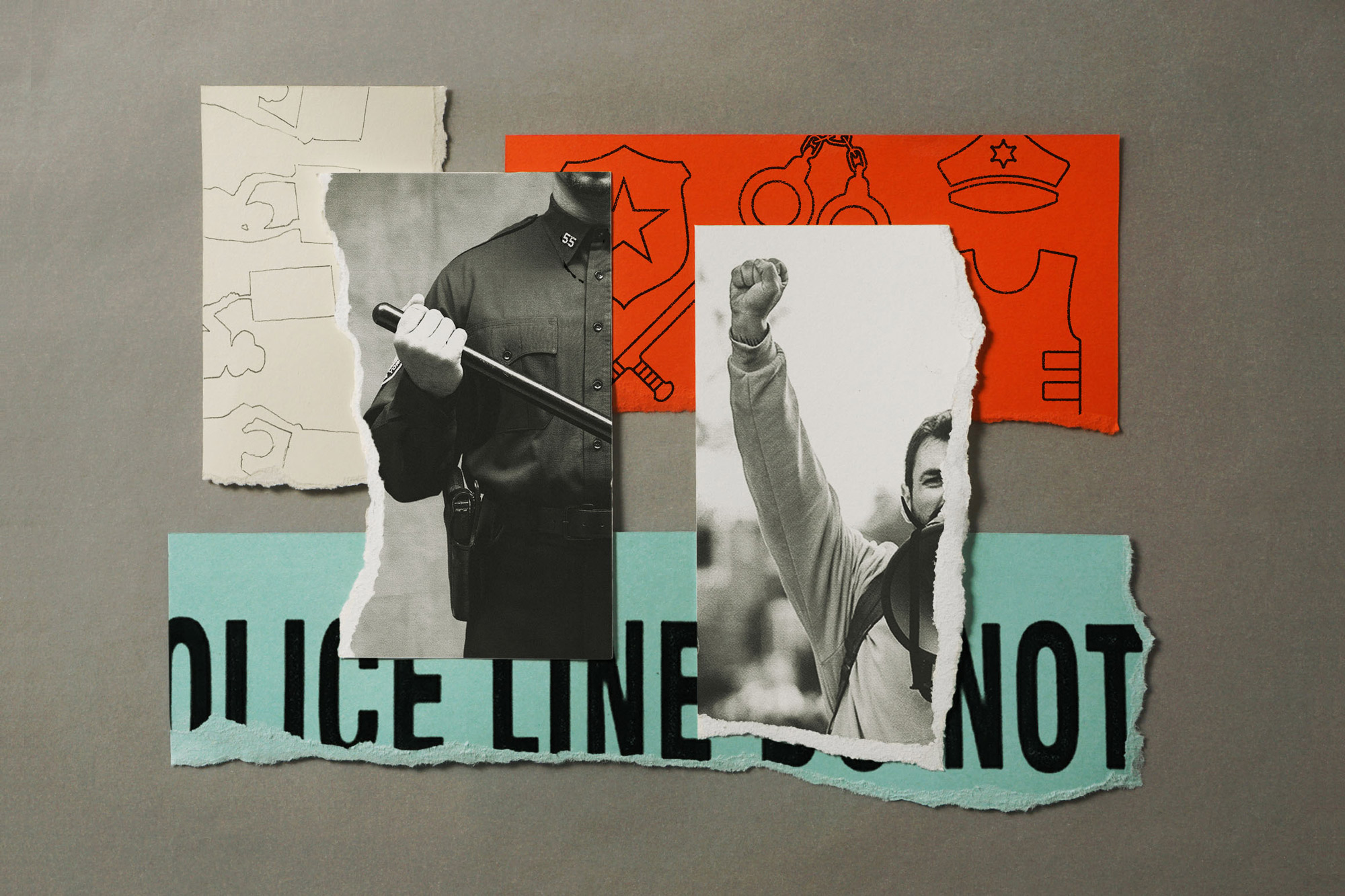 It took just days for the national anguish over the killing of George Floyd to generate calls for change in American policing — from broad slogans like “abolish the police” to detailed proposals about qualified immunity and funding structures — but it took months for those ideas to shape themselves into a clear political agenda.


Now, heading into November, a handful of cities and counties will be voting on police reform ballot measures that could pave the way for bigger changes across the country.

As public confidence in law enforcement has dipped to its lowest level since the 1990s, the environment for criminal justice reform seems particularly ripe. But reformers have collided with the tricky politics of law and order and familiar obstacles such as police unions, which have fought to stifle quick legislative action at the local level across the country. These ballot measures offer advocates for reform an opportunity to circumvent lawmakers and make changes to their police.

Nowhere is outright abolition of policing being considered this fall, although there have been a few serious attempts. A Cincinnati lawmaker tried and failed to get a measure before voters to replace their police department with a public safety department. In Minneapolis, the city council’s plan to dismantle its police department won’t be put before voters until at least 2021. And in Glynn County, Ga., where Ahmaud Arbery was shot and killed by a former police officer and his son in February, the state Legislature passed a series of bills to allow the county’s voters to decide whether or not to abolish their police department, only for a state judge to rule such a referendum unconstitutional.

Nevertheless, in Los Angeles, San Francisco, Portland, Philadelphia, Akron and Seattle, voters will get to decide on some pioneering changes to the way their policing systems work. These six cities aren’t the only places with police reform on the ballot, but they are the most notable for their scale, boldness or their locations, some of which have been in the spotlight throughout the summer for ongoing unrest. A few proposed changes are big, such as one proposal to shift millions of dollars away from law enforcement and to community services and programs in the most populous county in the country; others are smaller, such as a symbolic rejection of stop-and-frisk policing on the street. But like all ballot measures, if passed, these reforms might be just the beginning; they can provide a potential model for legislation later and elsewhere.


In response to the Floyd demonstrations, in late June and early July, the Los Angeles City Council voted to cut $150 million from the Los Angeles Police Department’s budget, and the Los Angeles County Board of Supervisors approved $145 million in cuts to the Sheriff’s Department. Police unions and Sheriff Alex Villanueva objected to such cuts, saying they would impede law enforcement’s ability to keep communities safe, while Black Lives Matter activists complained that the cuts were just a drop in the bucket. The LAPD operating budget remains over $1 billion, while the LASD budget remains over $3 billion.

Under pressure from a coalition of nonprofit organizations and social justice advocates, the county board of supervisors proposed making some reforms permanent with an amendment to the city’s charter. The amendment, dubbed “Reimagine L.A. County,” would divert 10 percent of the county’s unrestricted general funds — which itself is about 10 percent of the county’s $35 billion total budget — away from cops, courts and jails and toward jobs and housing programs. Some of those redirected funds would also go to alternatives to policing and incarceration, such as mental health and drug treatment services.

Sheriff Villanueva has warned that if the amendment passes, the approximately $350 million in funds barred from going to law enforcement would lead to officer layoffs, patrol station closings and overall anarchy. He suggested on Twitter that the streets of L.A. would look “like a scene from Mad Max.” But others, like the amendment’s co-author, L.A. county supervisor and former congresswoman Hilda Solis, think voters should be able to assess those risks themselves. “What’s so frightening about putting this in front of the voters and having them decide?” she asked at a supervisor meeting in August.


Even ostensibly liberal cities can have a tough time acceding to activists’ calls to reduce the number of police officers on the streets if their city charter sets a mandatory minimum staffing level. (This is one obstacle that is holding back the Minneapolis City Council from making the drastic overhauls it unanimously voted to make in June.) For San Francisco, that minimum is 1,971 full-time officers, a number established in the city charter in 1994 based on a 1979 consent decree placed on the department for hiring discrimination. Back then, civil rights advocates were concerned about a dearth of female and minority officers rather than an excess of officers in general.

In July, San Francisco’s Board of Supervisors approved an amendment to remove the mandatory minimum staffing requirement before voters on the November ballot. But even if it passes, it doesn’t necessarily mean there will be fewer police officers as a result. The amendment would require the police department to submit a report and recommendation for staffing levels based on workload and require the police commission to consider the report when approving the department’s budget.


Activists have pointed out that this approach could actually lead to the hiring of more officers, if that’s what the police department recommends in its report. Still, police union officials are worried about where the amendment could lead: Having a floor on the number of police officers enshrined into law helps to solidify the idea that they are a necessary part of a city and the annual budget. Without it, liberal San Francisco could scale back its force significantly, if not entirely, in the coming years.


In response to calls for more accountability for police officers, several cities — including San Francisco and Pittsburgh, for example — have put proposals on their November ballots for either new or stronger oversight commissions. One city considering such a change is Portland, Ore., which witnessed some of the most visible and violent clashes between protesters, counterprotesters and police this summer.

In Portland, police oversight is currently conducted by the Independent Police Review, run through the city auditor’s office, which critics say lacks transparency into officer investigations and outcomes. There’s also a volunteer panel, the Citizen Review Committee, that hears appeals to the IPR’s rulings but which critics say is toothless.

Activists have been seeking an overhaul for decades, and thanks to the heightened sense of urgency created by nightly demonstrations in the streets, the Portland City Council voted unanimously in July to let voters decide in November whether to amend the city charter to establish a new police oversight board. The new panel would have subpoena power over officers and witnesses, as well as over documents and evidence to investigate complaints of excessive use of force, deaths in custody, discrimination and civil rights violations by the police. Perhaps most importantly, the charter amendment, which is supported by Mayor Ted Wheeler, would also give the board the authority to impose disciplinary actions, including the termination of officers.

The head of a Portland police union and the city auditor oppose the measure, and both have suggested it could run into legal obstacles, but it will ultimately be up to Portland voters, the vast majority of whom, according to a recent poll, support the ballot measure.


When George Floyd protests took hold of the country in June, activists across the country made a number of broad demands to their local governments to reform police. In Philadelphia, a group of Black community organizations signed a letter to the mayor in July asking him for one specific thing: to follow through on his 2015 campaign pledge to end the practice of stop and frisk. “There is no doubt that harsh practices such as chokeholds and other asphyxiation tactics must be banned from police policies, but we believe that the best way to prevent police brutality is by limiting needless contact with police in the first place,” the letter to Mayor Jim Kenney said.

Stop and frisk refers to the controversial practice in which law enforcement officers stop pedestrians to pat them down. In 1968, the U.S. Supreme Court determined that the practice is not a violation of the Fourth Amendment’s protection against unreasonable searches and seizures so long as officers have a reasonable suspicion that the individual they stop is about to commit a crime or has a weapon on them. But the practice has long been criticized for being used disproportionately against people of color.

In Philadelphia, a report released earlier this year by the American Civil Liberties Union found that, in 2019, less than 1 percent of stop and frisks in the city resulted in officers finding any weapon or contraband, and more than 70 percent of those stopped were Black. Only 44 percent of Philadelphia’s population is Black.

In response to the report, the City Council and mayor approved a measure this summer that will ask in November if Philadelphians want to end “unconstitutional stop and frisk.” The ballot initiative, however, is unlikely to appease activists calling for meaningful reform. “Unconstitutional” stop-and-frisk — that is, stop and frisk without reasonable suspicion — is already illegal. Even if passed, the nonbinding measure will still allow Philadelphia police officers with reasonable suspicion that a person is engaged in criminal activity to stop and frisk them. Passage would simply reaffirm the city’s commitment to cut down on excessive use of the practice.


In 2017, Akron became the first city in Ohio to equip all its police officers with body cameras, in an effort toward greater transparency. But in the years since, the police department has been criticized for being slow to release videos of incidents under investigation.

In late July, the Akron City Council voted to put an amendment to the city charter on the ballot that would require the police to “promptly” release body cam and dash cam recordings after an officer kills or seriously injures a person. City Council President Margo Sommerville told a local public radio station, “This is a great opportunity for all those young people … who showed up at protests to go to the ballot box [to] decide ‘Hey, is it important that we have transparency in terms of body cam footage?’”


In King County, Wash., which includes Seattle, the County Council voted in July to put two separate ballot measures before voters in November. One would change the sheriff from an elected position to an appointed one, while the other would allow the council to determine the duties of the sheriff.

The measures come on the recommendation of a commission that suggested earlier this year that electing a sheriff can politicize the position. Current King County Sheriff Mitzi Johanknecht rejected the conclusion in a statement she released after the council put the question on November’s ballot, saying, “I do not think it is ever a good idea to take away a vote from the people” and “I don’t believe an appointed Sheriff is a more ‘accountable’ Sheriff.”

Council member Girmay Zahilay framed the proposals in a council meeting earlier this summer as a response to the protests calling for “big, bold fundamental change” to policing in America. “They have all been saying one central message, and that is that we need a new system of public safety,” he said, according to the Seattle Times. Other council members reportedly spoke of what they might be able to do if given greater authority over the sheriff’s office, such as creating a greater role for mental health professionals and social workers to respond to emergency calls.