If you’re not ready to say goodbye to Hardin (Hero Fiennes Tiffin) and Tessa (Josephine Langford) just yet, don’t worry, you don’t have to. On Monday, director Castille Landon exclusively confirmed to Teen Vogue that the After franchise is getting eve… 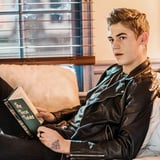 If you’re not ready to say goodbye to Hardin (Hero Fiennes Tiffin) and Tessa (Josephine Langford) just yet, don’t worry, you don’t have to. On Monday, director Castille Landon exclusively confirmed to Teen Vogue that the After franchise is getting even bigger with two more films on the way, a prequel and a next-generation sequel, in addition to the third and fourth movies, which are already in the works. “The After universe just keeps expanding,” Landon said. Landon will remain onboard as both writer and director after working on After We Fell and After Ever Happy. “The fandom, and how excited they are and their input, it really does inspire us all as creators every single day.”

The prequel will loosely follow the After series book Before, which is written by Anna Todd from Hardin’s point of view. “He’s gone through a lot of trauma in his family life and in his relationships, and [we’ll] see more of that messiness before he meets Tessa, and how that experience changes him,” Landon explained. Since the prequel will focus on a younger Hardin, Tiffin will not be playing Hardin in the film, though Landon didn’t reveal who will be taking his place.

The next-generation sequel, on the other hand, will center on Tessa and Hardin’s children Emery and Auden, as well as their cousin Addy, who are featured in Todd’s After Ever Happy. Tiffin and Langford will not be reprising their roles for the sequel either. “Emery, Auden, and Addy are quite beloved by the fans. We’ve all gotten a lot of inquiries about what happens with the kids,” Landon said. “It’s really amazing actually to see how interested the fanbase is in those characters, even though they are really only superficially introduced in the books. People have latched onto them because of their love for Hardin and Tessa.”

After We Fell Cast: Who’s Returning and Who’s Not

While there isn’t a lot of material to source from for the sequel, Landon assures fans that the movie will “stay truthful” to the franchise. “We kind of carry the sins of our parents forward with us, so while they’re trying to break out of that, I think carrying that forward for the kids is really important,” she said. “[We’re] exploring a lot of the same themes, love and loss, and messy relationships. We’ve all been there, and those are universal themes. Making sure these characters are dynamic and not pulling punches is really important, just as it’s important with Hardin and Tessa. And exploring young love without judging it.”

Both the prequel and sequel are still in their early stages, so no casting news nor release dates have been announced yet. However, the movies are set to begin filming this fall, so it won’t be long until we get more details.