TOKYO (Reuters) ― Japanese police found the remains of at least five people in a wooden boat suspected to be from North Korea on the coast of one of Japan’s outlying islands on Saturday, a Coast Guard official said.

Police made the discovery in the wooden boat’s stem around 9:30 a.m. local time on Saturday on Sado island, which is off the coast of Japan’s northwestern prefecture of Niigata, Coast Guard official Kei Chinen said.

Police found the heads of two persons, as well as five bodies, Chinen said, adding that the cause of death is under investigation.

The official could not immediately confirm whether the heads belonged to the five bodies or were from two other people, saying that is being investigated.

The wooden boat ― described by some news outlets as a “ghost boat” ― had letters and numbers written in Korean on its outside, he added.

A police officer first spotted the wooden boat on Friday afternoon. Police waited until Saturday before entering it due to unstable weather.

The discovery on Saturday marks the second time since last month that a wooden boat has washed up on the shores of Sado island, Chinen said. 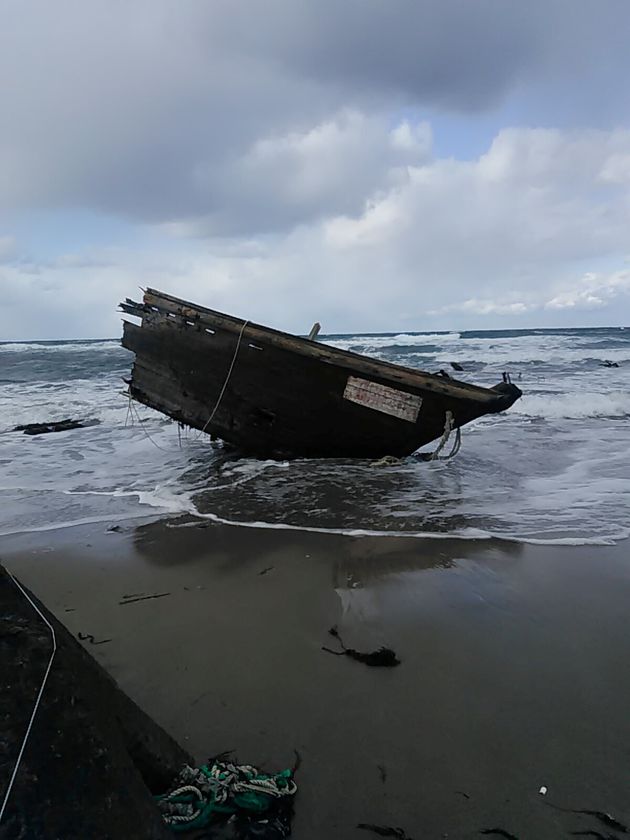 The grisly find adds to the troubles that Japan and South Korea have with their neighbor North Korea, as strained diplomatic ties over the North’s nuclear arms program could make an investigation difficult to carry out.

North Korean leader Kim Jong Un has given the United States until the end of the year to propose new concessions in talks over his country’s nuclear arsenal and reducing tensions between the adversaries.

Also on Friday, Japanese public broadcaster NHK sent a news bulletin that incorrectly reported North Korea had launched a missile that fell into waters east of the Japanese archipelago, issuing an apology explaining it was a media training alert.