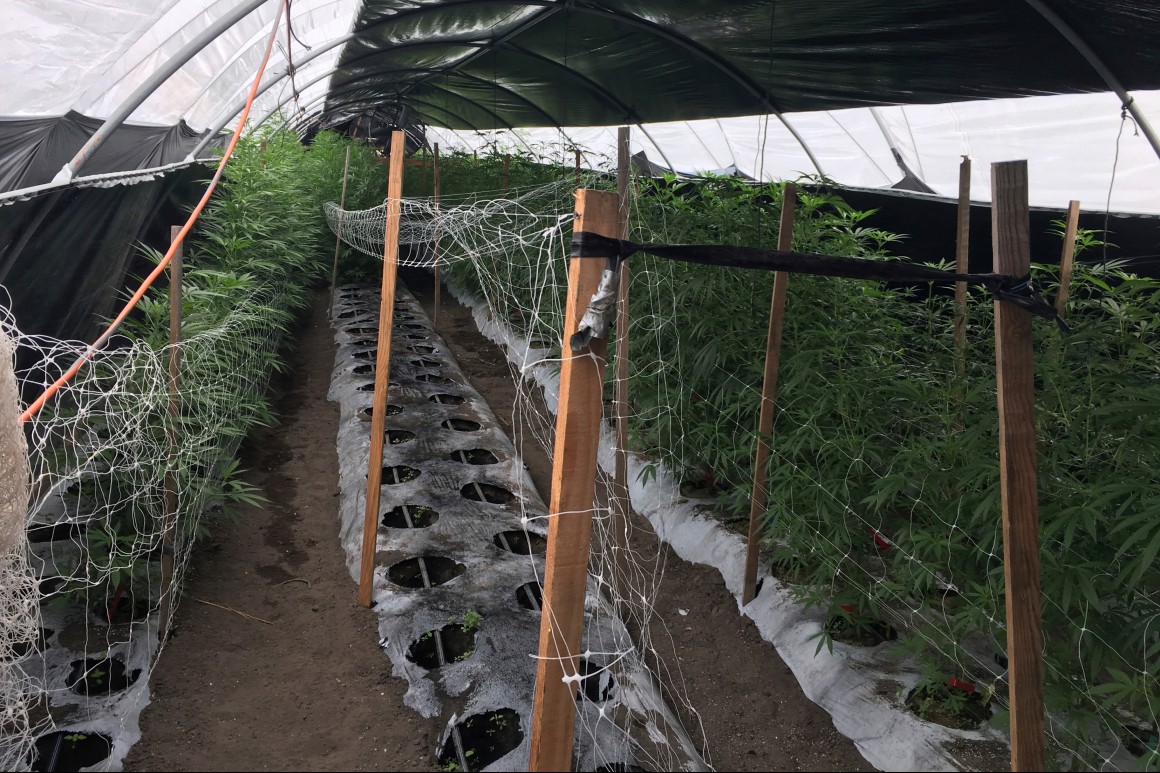 The legal marijuana industry has spent years battling illegal sellers who have eaten away at its market share and undercut its prices.

But the coronavirus has proven to be a boon for legal pot shops, as customers fear the risks associated with inhaling questionable products and are nervous about letting sellers into their homes.

Legal operations have moved quickly to take advantage of the situation, seizing on relaxed rules to expand shopping options in states across the country, including curbside pickups and deliveries.

“It's understandable that people may be more hesitant to get their products from sources that are unregulated,” said Kris Krane, CEO of 4Front Ventures, which operates dispensaries in multiple states. “They may not want to go to their dealer’s house, or they may not want to have their dealer come into their house, at a time when people are social distancing and not supposed to be interacting with people that they don't know.”

In addition, cities that never allowed pot shops in their towns, even in states where marijuana is legal, are rethinking the local bans in search of fresh tax revenue. And more people than ever are registered as medical marijuana patients: Florida added nearly 5,000 patients a week in June, and more than 50,000 since March.

The data is murky — credible sales figures on illegal marijuana transactions are inherently difficult to come by — and it’s likely that those sales are also booming as anxious Americans smoke more weed while hunkered down. But many close industry watchers believe the current circumstances are pushing more Americans into state-legal markets. Revenues are expected to hit $17 billion this year, according to New Frontier Data — a 25 percent spike over 2019.

Mitch Baruchowitz, managing partner at cannabis investment firm Merida Capital Partners, argued in a paper in May that the pandemic is “cannibalizing” the illegal market. He hasn’t seen anything in the ensuing months to change that assessment.

“The vast majority of the current growth in the cannabis space is being driven by consumers transitioning from the black market to the legal market,” Baruchowitz wrote. 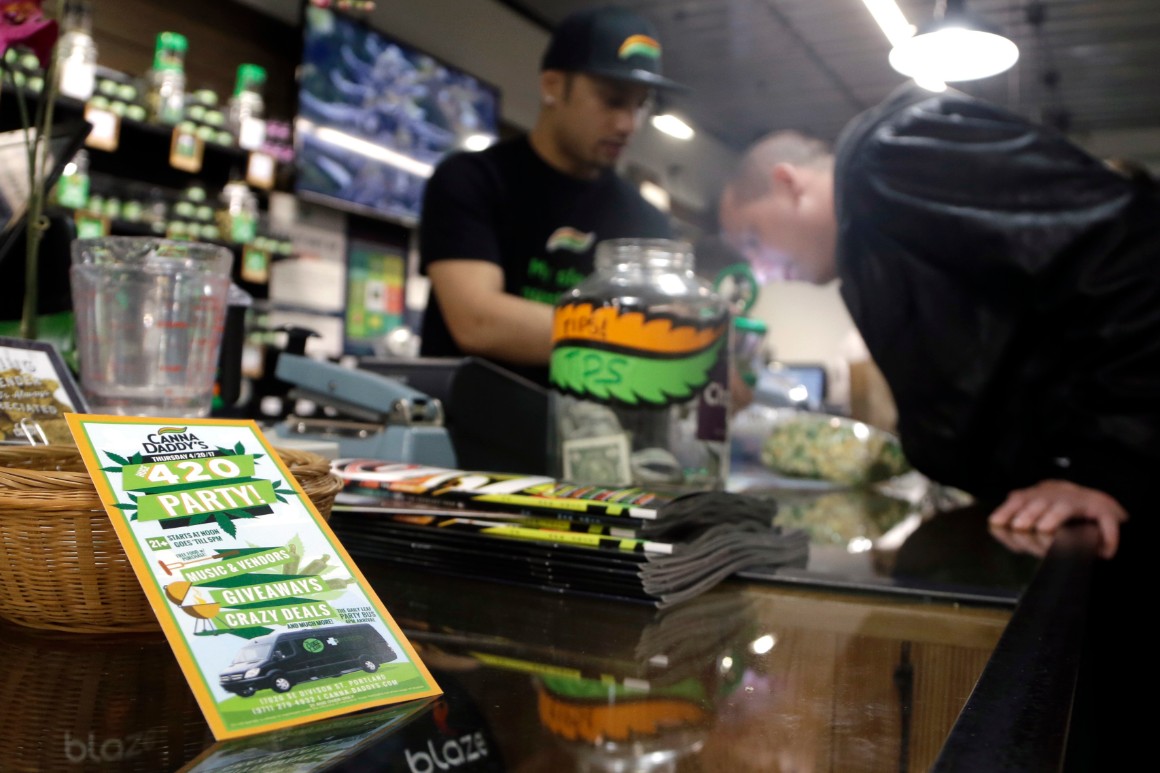 The boom in sales is driven in large part by new legal markets, particularly the start of recreational sales in Illinois and Michigan. But even some states with relatively mature markets have seen big spikes in sales. In Oregon, for example, monthly revenues jumped from just below $70 million during the first two months of this year to more than $100 million in May and June.

Trulieve, Florida’s biggest retailer, doubled its fleet of delivery drivers across the state to keep up with demand.

“Obviously we all understand because we're living it, that there is an increased anxiety level, which can trigger increased consumption,” said Kim Rivers, the company’s CEO.

Even with this year’s rapid growth, however, the legal marijuana market is still dwarfed by illegal sales, which New Frontier estimates at $63 billion for this year.

Nowhere is the underground weed market a bigger problem than in California, where it’s estimated that 80 percent of marijuana sales are still from illegal sources — and most industry officials are deeply skeptical that the pandemic will significantly alter that reality in the short term.

One of the major challenges state regulators have faced since voters legalized recreational marijuana in 2016 is moving consumers away from the thousands of shops made legal under California’s medical cannabis law. That supply chain has existed since 1996.

According to Josh Drayton, communications director for the California Cannabis Industry Association, growth in the illegal market has likely outpaced that of legal businesses during the pandemic, in part because they offer products for significantly cheaper prices. Legal marijuana products cost an estimated 40 percent to 50 percent more than their unregulated competitors, after expenses related to taxes and testing are tacked on.

“While there may be a short-term uptick in sales coming from consumers concerned about safety, many more consumers will be even more concerned about price now that they are out of work,” said Jackie McGowan, founder of Green Street Consulting. 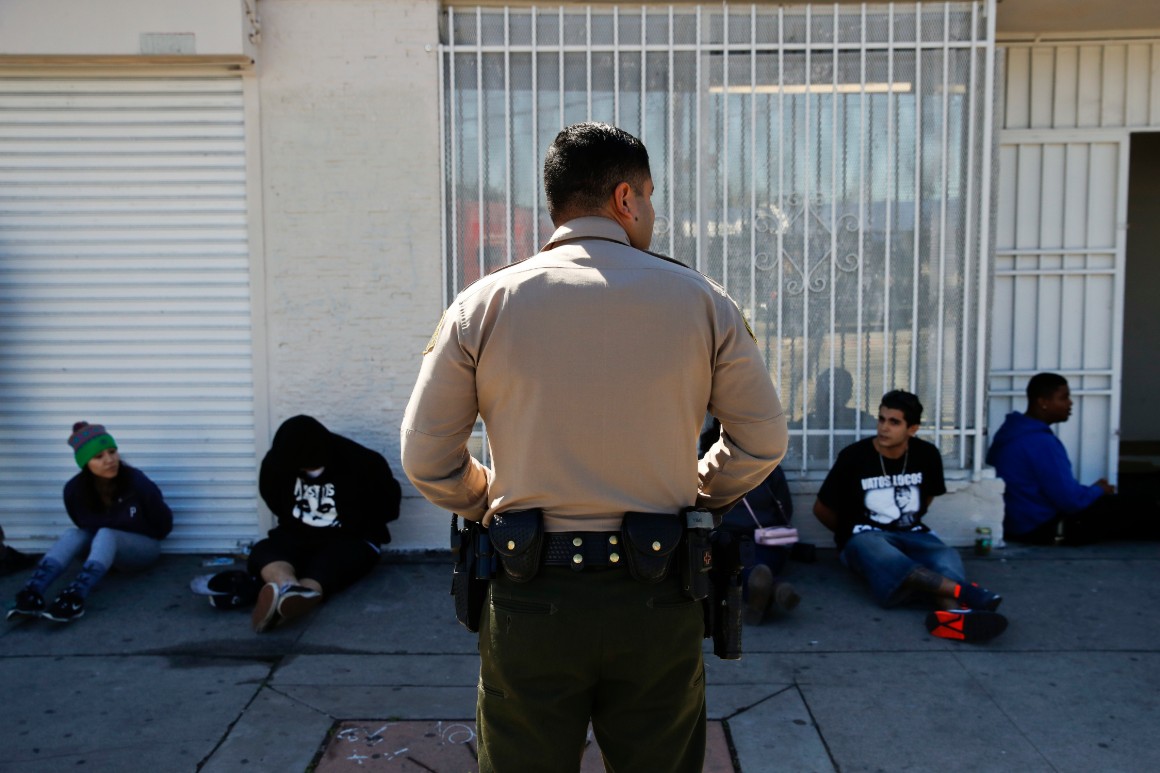 Efforts to step up enforcement actions against illegal businesses and educate consumers about the differences between regulated and unregulated shops have largely been put on hold due to budgetary constraints.

Drayton also pointed to a dearth of cannabis-related legislation being considered in the state capitol as a sign that illegal operations will continue operating unchecked even as the legal market grows.

“Without a strong education campaign, which cannot be afforded during these times, I think we're going to stay in these parallel paths for quite some time,” he said.

One positive the industry has seen in recent weeks is an increase in the number of cities considering cannabis revenues as a tool for plugging coronavirus-related budget gaps. While the proliferation of licensed shops could put a dent in the unregulated market in the future, these jurisdictions are likely years away from seeing cannabis shops open in their borders.

Still, the potential for the legal market to expand in the next few years and put more pressure on unregulated businesses gives industry observers in California a reason for hope.

Michigan faces a similar problem in quashing illegal sales: The vast majority of cities in the state — including Detroit — still don’t allow recreational pot shops to operate. In addition, marijuana cultivation is still ramping up in the state, since full legalization only took effect in December.

“Demand, especially in the adult-use market, is still higher than the supply as the production in the industry continues to grow,” said Andrew Brisbo, executive director of Michigan’s Marijuana Regulatory Agency. “That keeps prices still higher than I think they will be in the long term.”

Industry officials are divided on whether the pandemic is eroding the illicit marijuana market, but there’s little doubt that the current economic troubles will push more states to consider legalization.

That’s in large part because states' desperation for cash is only going to grow. Even if marijuana taxes would only make a difference at the margins, it undoubtedly will prove enticing to lawmakers.

Some New York lawmakers are pushing this idea, after legalization efforts failed in each of the last two years. They’ll likely face even greater pressure to enact recreational sales if New Jersey voters pass a recreational legalization referendum in November, as expected.

Even in deep red states, the idea is likely to get a good look. A Republican lawmaker in Oklahoma has argued the state should look at allowing recreational sales, suggesting it could raise $100 million per year.

“This pandemic will give lawmakers who already support legalization another talking point they’ll emphasize,” Sabet said. “I don’t think this is going to change minds.”

But Krane, of 4Front Ventures, points to the end of alcohol prohibition as a historic template for what might happen with marijuana in the coming months.

“Alcohol prohibition was largely ended as a result of the Great Depression, as the country was in desperate need of new sources of revenue,” Krane argued. “It went from something that was seen as politically impossible to a political necessity in a very short amount of time, and I think we're seeing a similar situation here.”