He's a happy, energetic and brave 12-year-old, almost taken from the world too soon.

It was this time six weeks ago, on Father's Day, when a typical Sunday afternoon of family time in the O'Fee household changed very quickly.

"I felt completely normal and then I can't remember anything after that," Lochie O'Fee said.

The Sydney boy was playing the PlayStation, then jumping on the trampoline with his brothers Jack, 13, and Leo, 8, when he started feeling seriously ill. 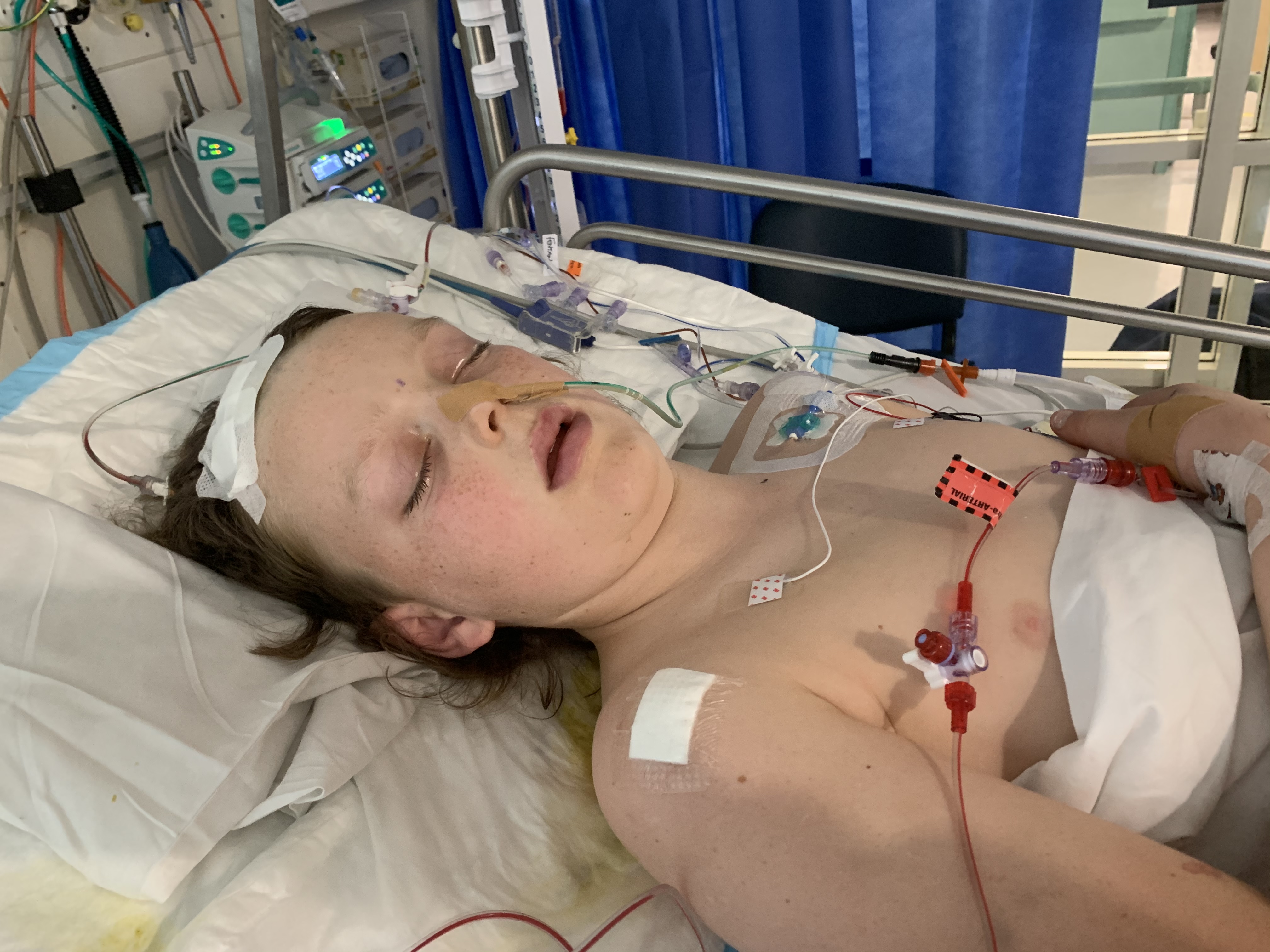 "He just started screaming and holding his head and then he was out; completely unconscious," mother Brooke O'Fee said.

Ringing Triple Zero (000), his father Todd was told to put Lochie in the recovering position on the floor.

"His eyes rolled back in his head. He had trouble breathing. He was vomiting. It was coming out of his mouth and out of his nose," Mr O'Fee said.

"It was like he was almost dying on the floor."

Mrs O'Fee said: "We thought this is it. He is going. It was terrifying." 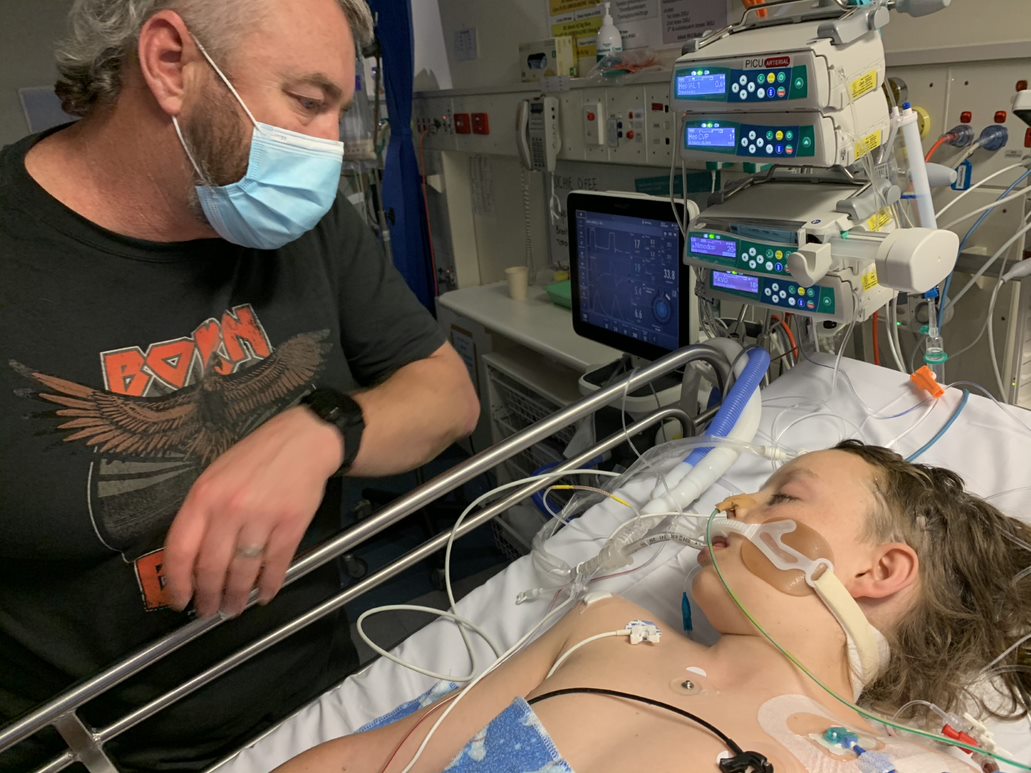 While Lochie's parents were going through one of their toughest moments, they met CareFlight retrieval doctor Alex Doig.

He was on board the flight that airlifted Lochie near the family's home in Davidson in Sydney's north to The Children's Hospital at Westmead - in just eight minutes.

"We were really worried about Lochie. It was clear he was very unwell and needed help quite quickly," Dr Doig said.

"It was a stressful situation, that's for sure." 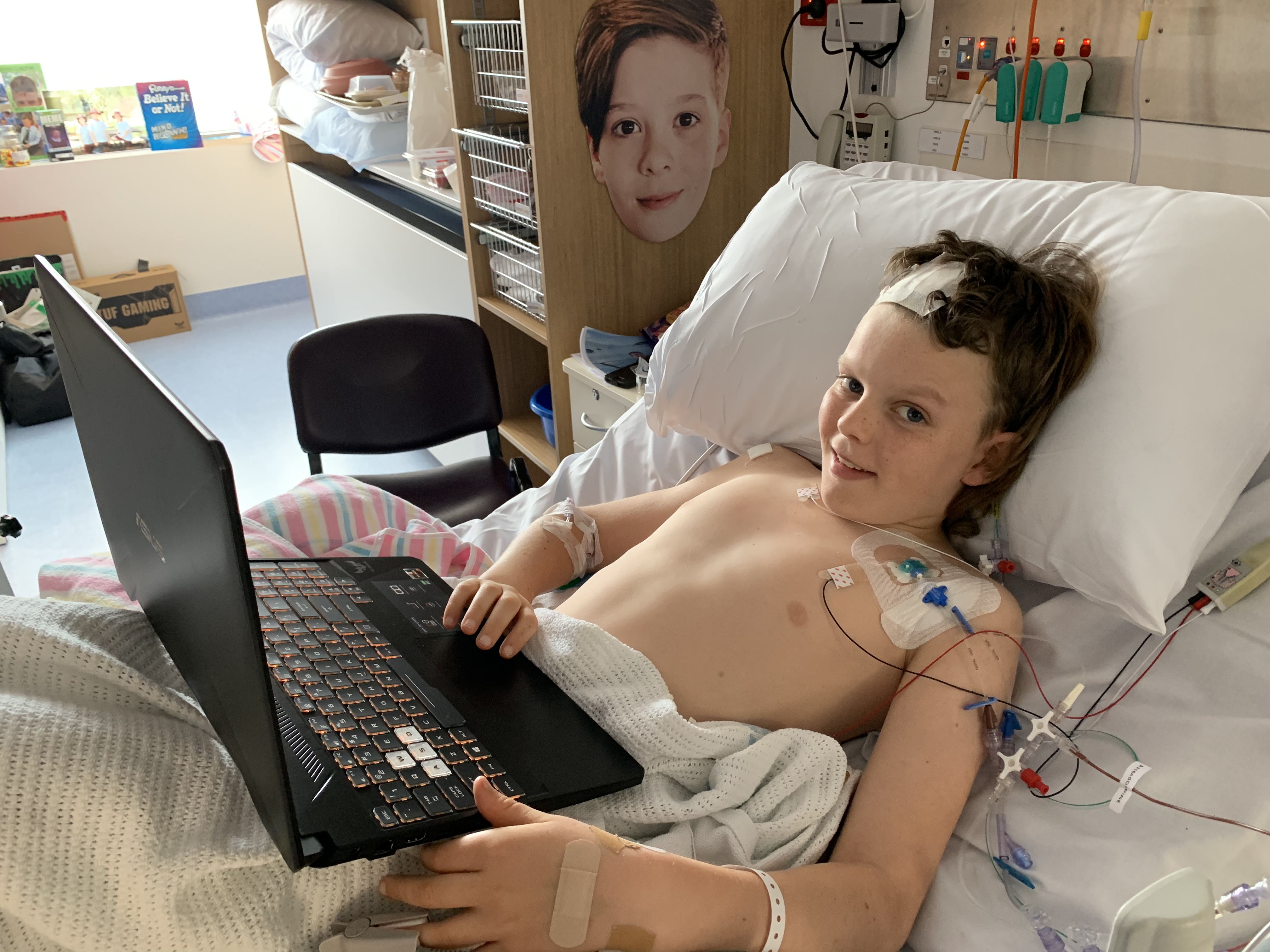 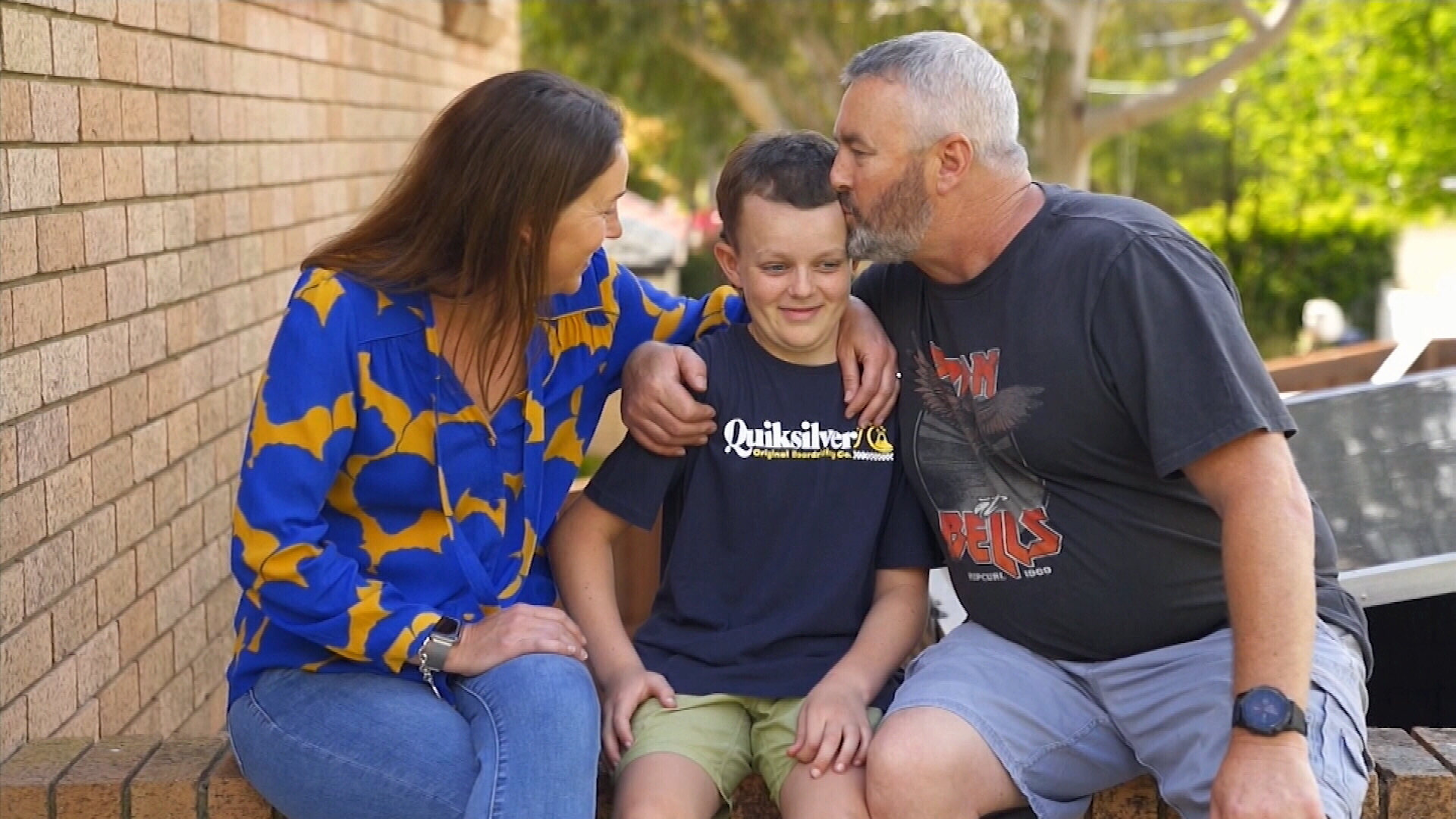 Placed in an induced coma to stabilise his condition, the next 24 hours were touch and go.

"We were thinking he probably suffered a significant head injury, probably in a fall," Dr Doig said.

"But he didn't have any visible signs that he had hit his head at all."

Lochie spent his first day in hospital undergoing multiple scans and a procedure to his head.

It was September 7, usually a day of celebration for the O'Fee family, but this year it was a day of the inevitable.

"We had to go in and say goodbye to him before his procedure," Mrs O'Fee said. 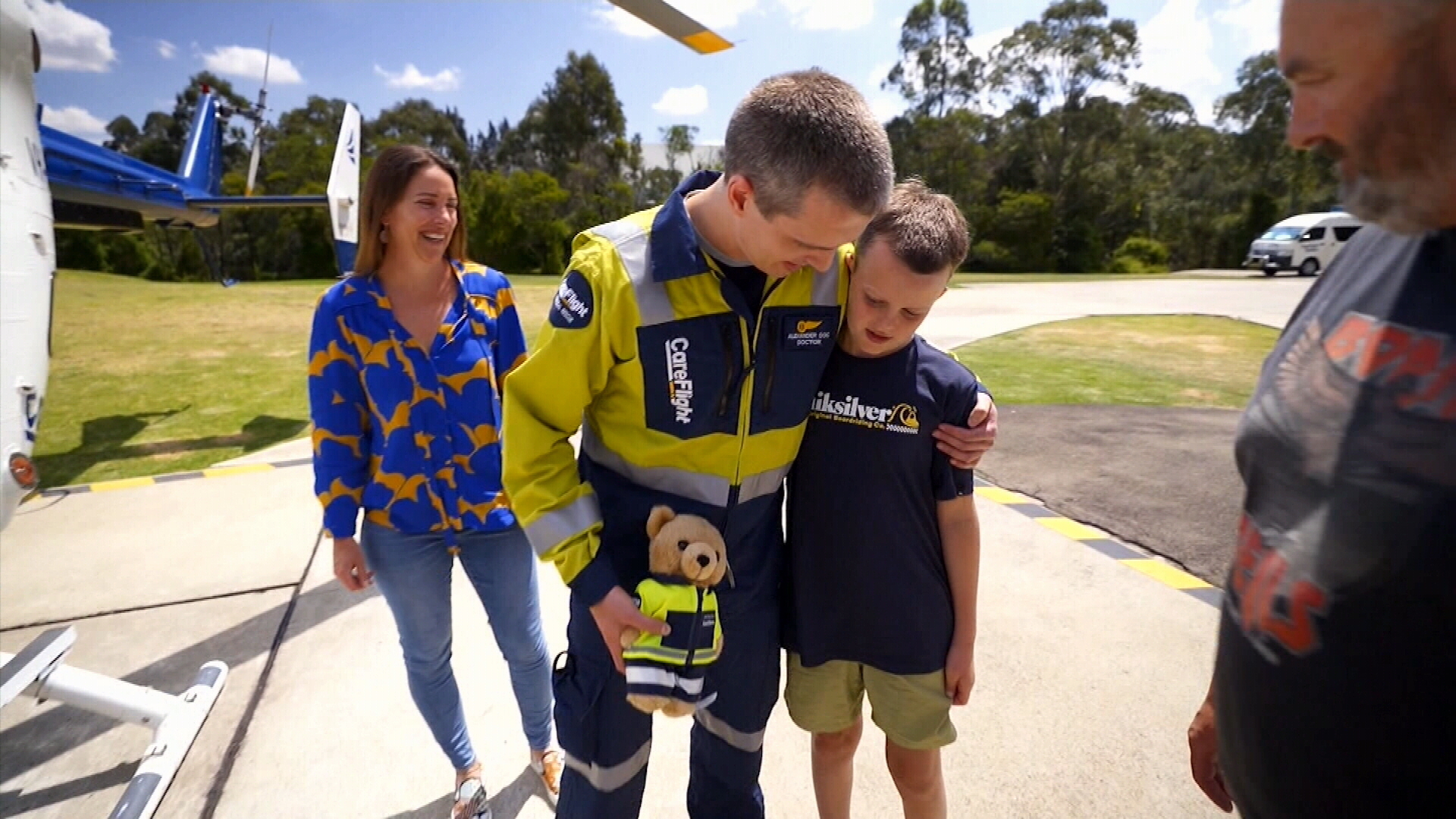 "That was really, really hard. It was his birthday."

But there was only one birthday wish Lochie was after and his determination helped him pull through.

He spent the next two weeks in a hospital bed with his parents documenting every step of his recovery.

"I just remember lying there, not knowing what was happening," Lochie said.

What doctors at The Children's Hospital at Westmead discovered surprised them. They found Lochie had suffered a ruptured aneurysm, which means a blood vessel in his brain had burst due to pressure.

It's an underlying health issue that is not often found in people so young.

"In children as young as Lochie, it's as rare as one in a million. It's very unusual," Dr Doig said.

And just this week under much happier circumstances, the family reunited with Dr Doig to thank him for saving Lochie's life.

"Thanks for doing everything, keeping me alive," Lochie told Dr Doig.

Mrs O'Fee added: "We are very, very fortunate. Over the moon. We've won the lotto."

But it's still a long road ahead for the O'Fee family.

"He has to take it easy for a while. Obviously, no contact sport or getting too carried away," Mr O'Fee said.

"Even school, he needs to take it slowly getting back into it."