A high pressure system is set to bring a chilly morning across Australia's southeast today.

Residents in southeast South Australia, western Victoria and Tasmania can also expect winds, thanks to a front and trough moving across the region. 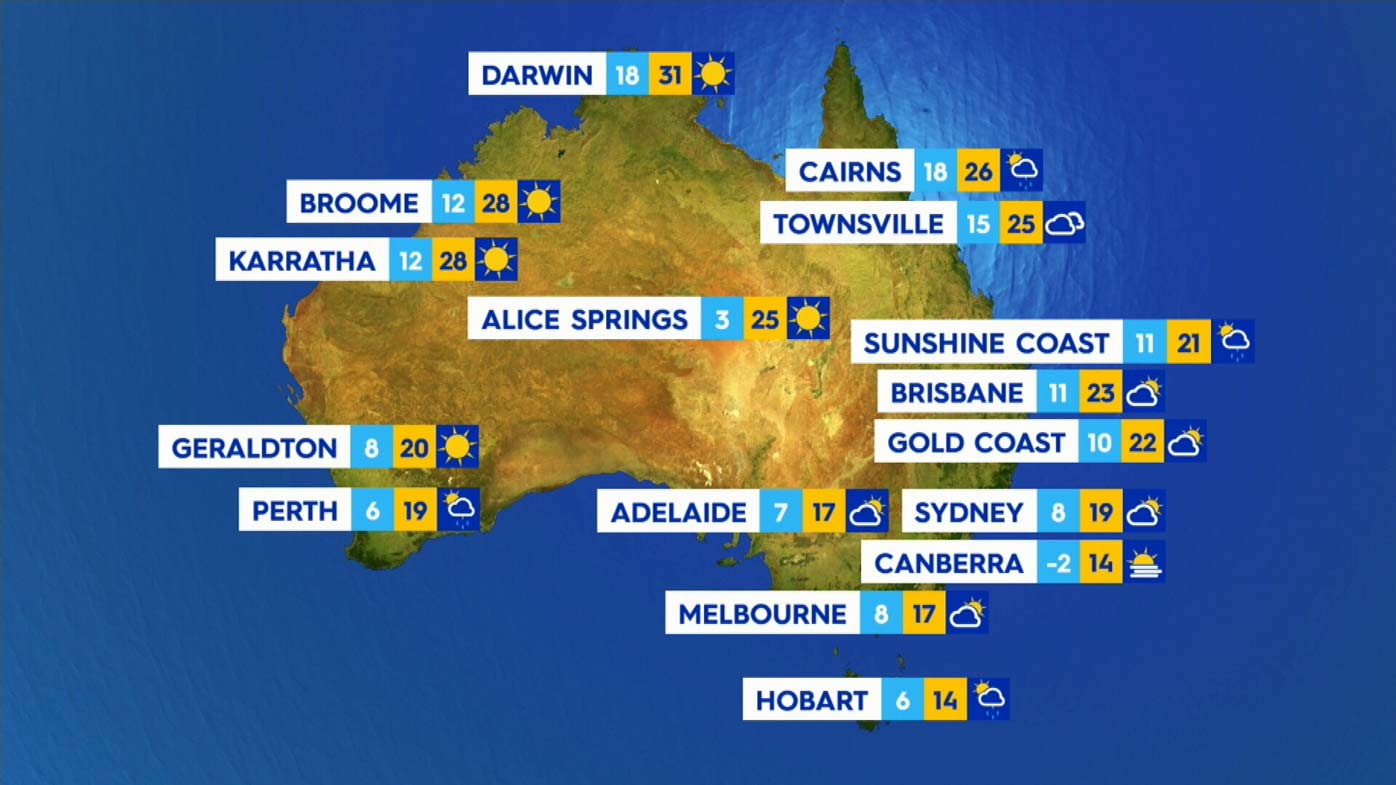 This pattern will bring the odd shower to Tasmania, while onshore winds will dump a few showers along the Queensland coast.

Marine wind warnings have been issued for Western Australia and Queensland.

Here's the weather across Australia on Sunday, August 2, 2020.

Areas of fog in the morning in Sydney, most likely in the west. Temperatures of between 8 and 19C are expected.

Areas of morning frost in the outer west will give way to a mostly sunny day with light winds.

Areas of fog and frost in the morning also in Canberra, with a frosty low of -2C and a peak of 15C. A mostly sunny afternoon is anticipated with light winds.

It will be mostly sunny in Melbourne today, with a low of 8C and a high of 17C. Slight chance of a shower in the southeast suburbs, near zero chance elsewhere.

Winds N 15 to 25 km/h becoming light in the late afternoon.

Brisbane residents can expect a sunny day with light winds and temperatures ranging between 11 to 23C.

It will be partly cloudy also in Perth, with a top of 19C, up from a low of 6C. High chance of showers, most likely in the afternoon and evening.

Partly cloudy conditions are forecast for Adelaide, with light winds. The mercury will plunge to 7C before climbing to a max of 17C.

Partly cloudy in Tasmania, with a low of 6C and a top of 14C. High chance of showers in the far south, medium chance elsewhere.

Snowfalls to 700 metres in the evening. Possible hail in the far south at night. Winds NW 25 to 40 km/h.

Sunny, warm weather is expected in the northwest Top End. There will be possible showers, with mild-to-warm conditions in Arnhem. Sunny, cool-to-mild over the interior and south.

Sunny in Darwin. Light winds becoming E 15 to 20 km/h in the morning, then becoming light in the evening.

A torrid high of 31C is expected, following a low of 18C.