Over sixty firefighters are battling a large fire at a Melbourne battery factory that has sparked a series of small explosions and prompted the evacuation of the warehouse.

Nearby residents reported being woken around 4.30am to "hundreds of small booms" that "sounded like gunshots".

Several called Triple Zero, prompting fire crews to rush to the scene within minutes to find the 90 metre by 50 metre warehouse on Sydney Road in Campbellfield fully ablaze. 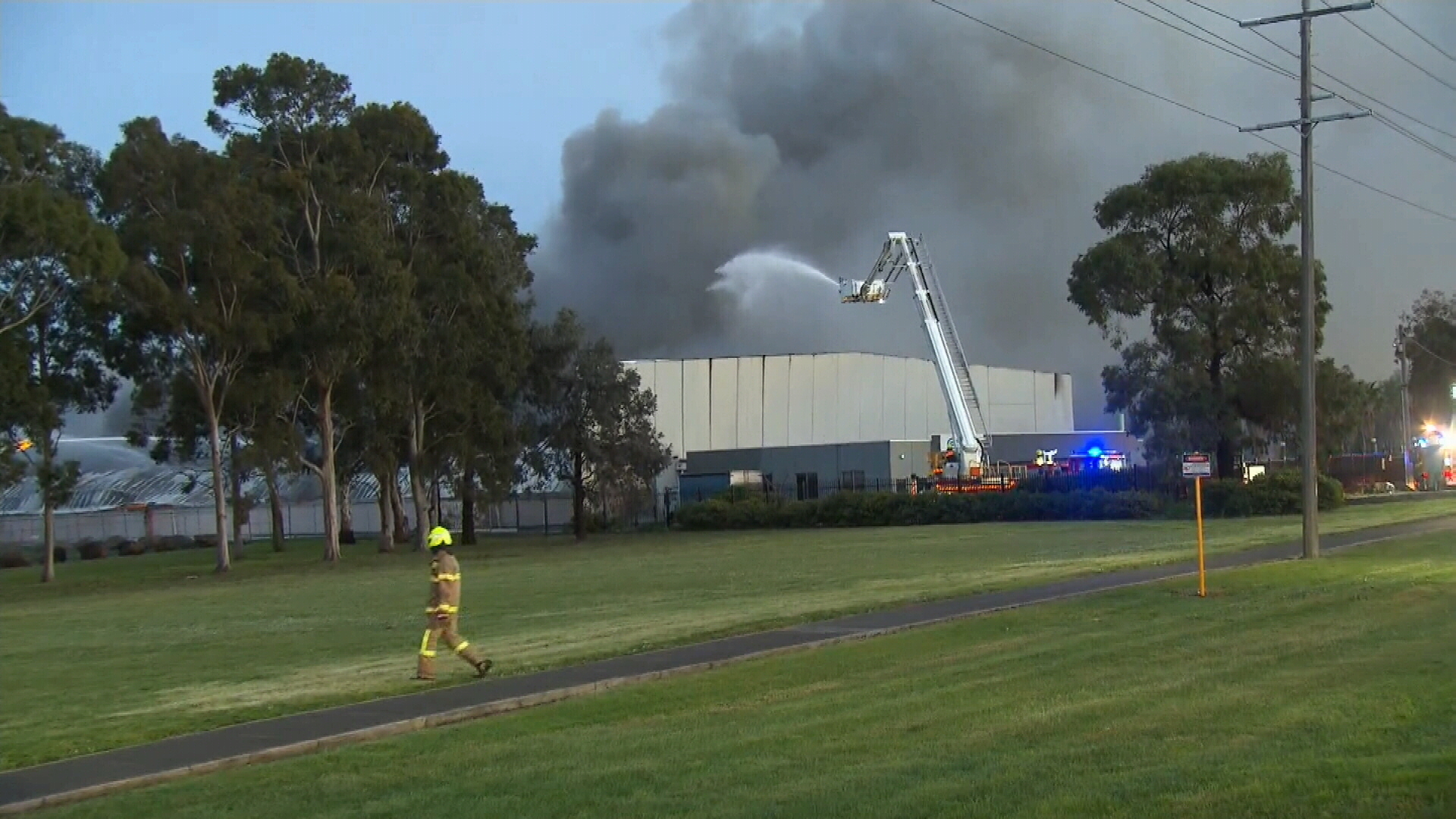 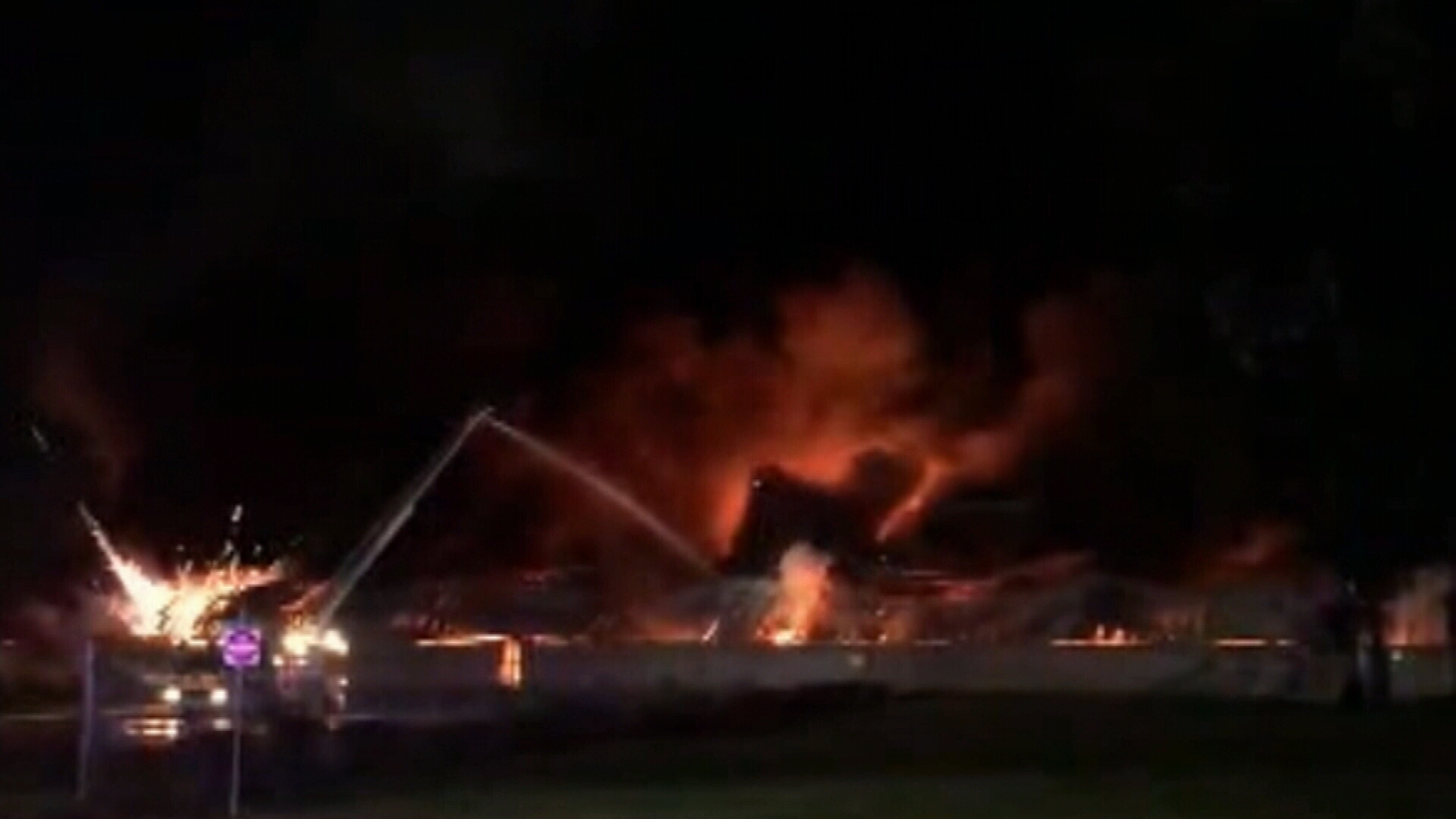 Police, paramedics and dozens of crews from Fire Rescue Victoria and the Country Fire Authority are all at the scene.

Assistant Fire Chief Gary Mann told Weekend Today fire crews were "working to contain the fire but also suppressing the smoke from entering into the atmosphere and minimise that effect on the community".

Firefighters are also undergoing health checks by paramedics on scene over fears they have been exposed to highly toxic chemicals from the batteries.

"This will be a protracted incident and crews are likely to remain on scene for some time," Fire Rescue Victoria said in a statement.

"At this stage it's not yet known what caused the fire to start." 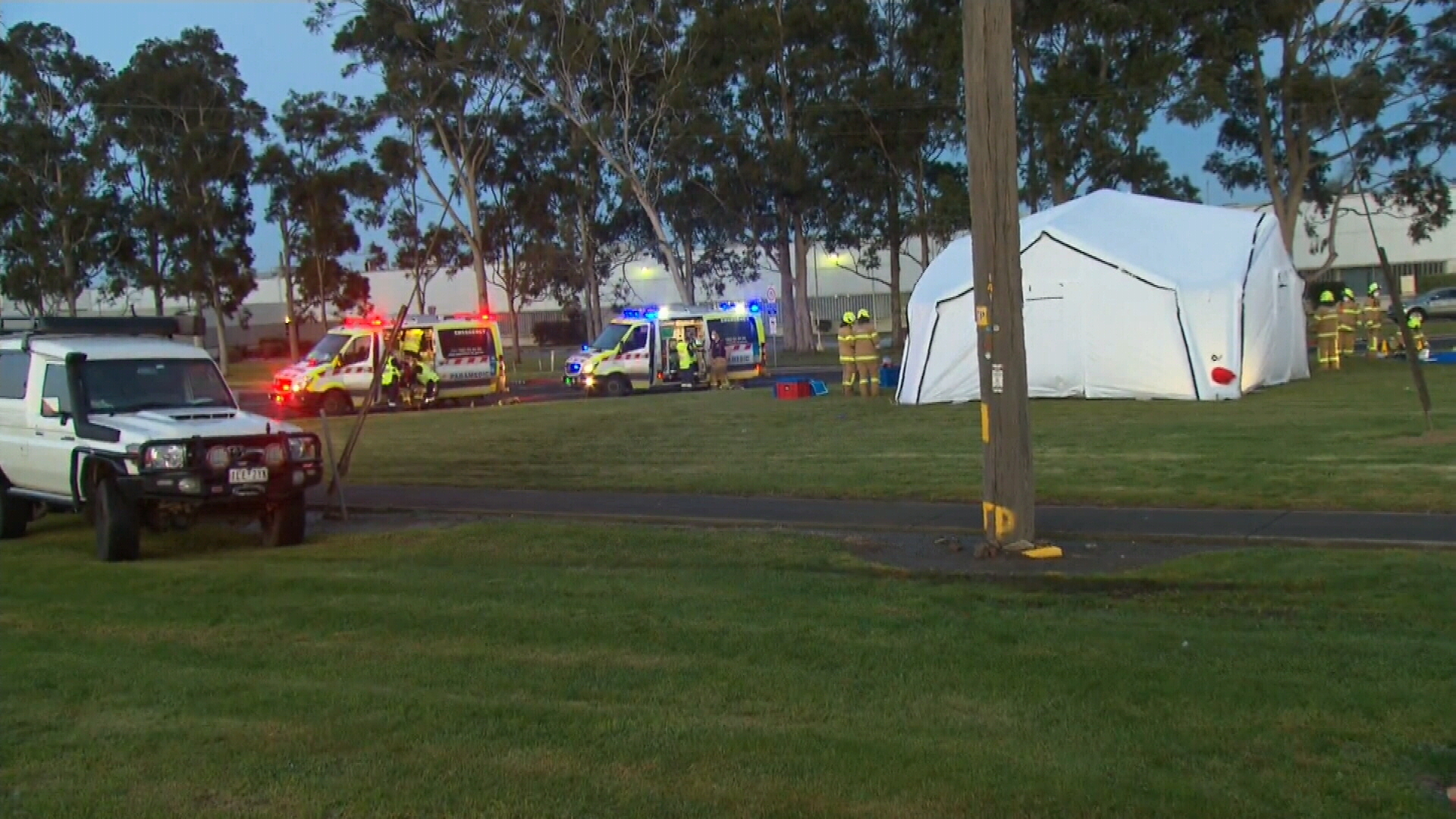 Police have cordoned off an area around the factory and Sydney Road and National Boulevard in Campbellfield remain closed.

The public is being advised to avoid the area where possible.

A wind blowing to the south-west has carried the smoke towards homes and businesses.

Residents who are sensitive to smoke should stay inside, close their windows and doors and turn off heating or cooling systems to minimise the smoke seeping into their homes, Fire Rescue Victoria is advising.

It is the second large factory fire in Melbourne in the past fortnight.

An exploding forklift is believed to have sparked a ferocious blaze at a Thomastown car wreckage factory on Tuesday July 28, with a worker taken to hospital with burns to his face.

More than 100 firefighters battled the blaze, with one estimating flames rose "at least" 30 metres into the air.