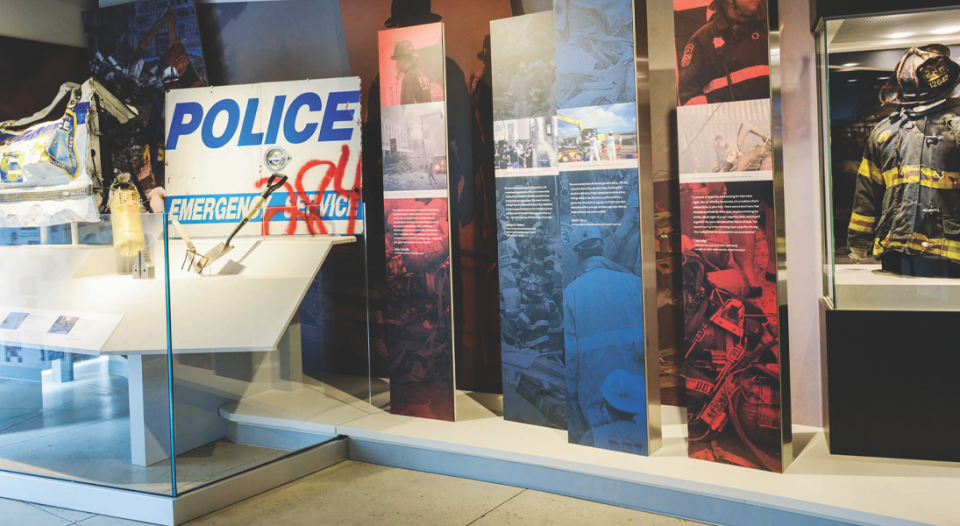 As the country marks the 20th anniversary of Sept. 11, 2001, this month, the legacy of Lutheran Disaster Response of New York (LDRNY) lives on in New York City. Spontaneously created in a matter of weeks following the 9/11 terror attacks, LDRNY was a partnership of the Metropolitan New York Synod and the Atlantic District […]

As the country marks the 20th anniversary of Sept. 11, 2001, this month, the legacy of Lutheran Disaster Response of New York (LDRNY) lives on in New York City.

Spontaneously created in a matter of weeks following the 9/11 terror attacks, LDRNY was a partnership of the Metropolitan New York Synod and the Atlantic District of the Lutheran Church–Missouri Synod. The two denominations collaborated to help people affected by the disaster.

Twenty years later, LDRNY is still remembered for its distribution of approximately $9 million and its innovative outreach to those affected by the attacks. The organization is held up as a model of how the church can collaborate with others, including the Federal Emergency Management Agency, to make a difference after a disaster.

“Many ministries that began in those tears and ashes at Ground Zero continue to reach out in new and faithful ways,” said Gil Furst, a retired ELCA pastor who was director of Lutheran Disaster Response on Sept. 11, 2001, and helped organize LDRNY.

“People of faith were present with firefighters, recovery workers, chaplains, pastors, counselors [and] families of victims, so people of faith can continue to be present now.”

One of LDRNY’s biggest collaborations was co-sponsoring the founding of the September 11 Families’ Association, which has created a network of communication and support for almost 8,300 family members who lost loved ones on 9/11. The association was instrumental in providing referrals and resources to families, advocating for the memorial at Ground Zero and creating the 9/11 Tribute Museum—the exhibit center near the 9/11 Memorial where volunteers share their stories from that day. The museum hosts approximately 250,000 visitors each year.

“If LDRNY never stepped up, we couldn’t have continued to build the organization that we are today,” said Jennifer Adams-Webb, the association’s executive director. LDRNY funded association salaries and collaborated with the group from shared offices overlooking Ground Zero until 2008, when LDRNY closed.

“Thank you to the entire Lutheran family who wrote individual $5 checks 20 years ago, and to the churches that gave larger donations to help organizations like us that needed help,” she said. “The Lutheran church rolled up its sleeves and supported people who needed it most.”

“LDRNY gave us funding for quite a long time,” said Molly Blancke, executive director of LCC. “Without the LDRNY funding, LCC wouldn’t have been able to help thousands and thousands of people with individual, marriage and family counseling. We’re so grateful.”

Some of the programs that LCC launched with LDRNY funding included the trauma-counseling practice Eye Movement Desensitization and Reprocessing (EMDR), which facilitates faster healing. With LDRNY’s help, LCC was able to hire an internationally known EMDR expert to train its counselors.

LCC, which counseled many first responders and their families after 9/11, continues to help people affected by the trauma of that day, along with those impacted by other disasters such as hurricanes and, most recently, the apartment building collapse in Surfside, Fla., in July. As Blancke explained, trauma is cumulative and disasters bring back memories of previous experiences.

Some of those still impacted by 9/11 are retirees. “As people retire, they look back over their lives and careers and realize that the trauma of Sept. 11 is still with them,” Adams-Webb said.

And now, she added, some children of 9/11 first responders are coming of age and asking questions to better understand how their lives were changed by this day. “They’re coming forward in their 20s to understand what their parents went through,” she said.

The young adults are volunteering with the Tribute Museum and the association, which, Adams-Webb added, are happy to still be there for them.

And, thanks to the church, these programs are still at work 20 years later. “From the moment the first plane struck, the church responded as the church,” Furst pointed out. “It responded for the long haul. We, the church, were blessed to be called to serve at such a challenging time.

“As always, those who suffer are supported by God’s healing grace. Those who respond are God’s enfolding arms and healing hands, providing comfort and renewal by word and deed.”