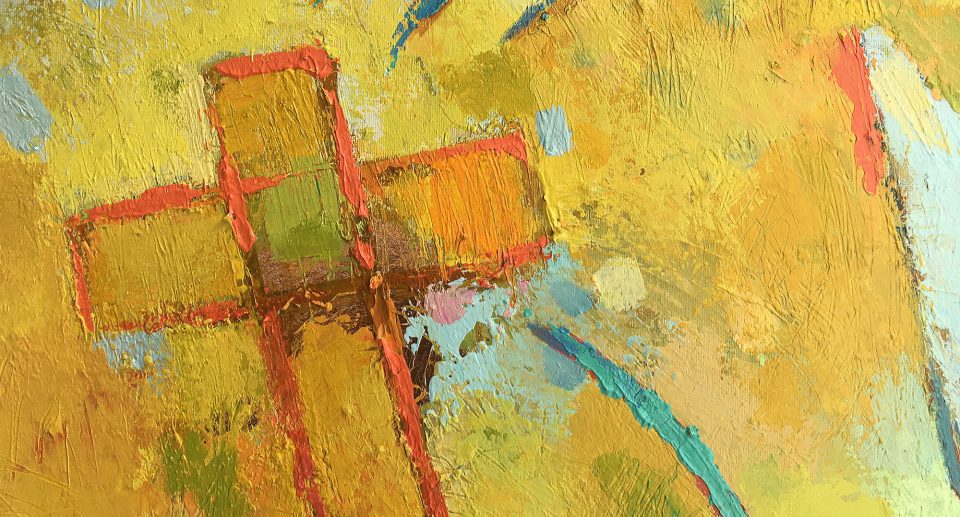 Lectionary for Sept 12, 2021 16th Sunday After Pentecost Proverbs 1:20-33; Psalm 19; James 3:1-12; Mark 8:27-38 This week’s Gospel passage is one of my favorites for considering how Jesus met and interacted with people where they were, including rival religious shrines. The passages from Mark, along with Proverbs and Psalms, all point to the […]

The post Lectionary blog: Gaining the world and losing your soul appeared first on Living Lutheran.

This week’s Gospel passage is one of my favorites for considering how Jesus met and interacted with people where they were, including rival religious shrines. The passages from Mark, along with Proverbs and Psalms, all point to the importance of refusing worldly wisdom in favor of embracing God’s kingdom rule.

The Mark text gives us a good hint about what is about to take place by mentioning that Jesus went into the area surrounding Caesarea Philippi (Mark 8:27). There, the Greek god Pan was worshiped at the famous Gates of Hades. It was thought that this cave, which gushed forth a spring, was a place where gods and heroes could descend to the underworld and then return again. The rock face outside of the cliff was dominated with niches for idols, and pagan religious practices, including cultic prostitution and ritual bestiality, were common. Worship consisted of ritual acts meant to arouse the god(s) who would then spare the worshipers for another year.

It’s in the context of this center of pagan worship that Jesus asked his disciples questions. First, he asked who people said he was. Some disciples replied with John the Baptist, Elijah or some other long-dead prophet returned to life. If this were true, it might make sense that Jesus went to a place that was a gateway to the underworld where spirits could come back. But Peter refused that line of thinking and called Jesus the messiah, the anointed one. Now a messiah who has been ritually anointed for service to God’s beloved community has no business around a pagan cultic center, and we should hear in Peter’s pronouncement a critique of their location. (See Matthew 16:13-20, where Peter told Jesus that he was the son of the living God, and Jesus referenced the nearby Gates of Hades.)

READ:  Move over for Jesus

Then Jesus told his disciples that he, like some of the Greco-Canaanite gods that people were worshiping at the Gates of Hades, would die and then come back to life after a time (Mark 8:31). This was too much for Peter, who took Jesus aside and rebuked him. We can just hear Peter: “Jesus, this is the most idolatrous of pagan practices! You are the anointed one who God sent to save Israel! You can’t possibly mean to join in or justify the sickening worship of dead and reborn gods! These people are committing disgusting worship for false gods to prolong their lives and placate death. Don’t say that you, too, will die and then come back!”

In response, Jesus said Peter was only thinking of human things, not the things of God. The humans engaged in pagan worship at the Gates of Hades were trying to save their lives by asking gods associated with the dead to let them live a few more years. Jesus would surrender his own life in order to raid the realm of the dead and save humans from death. The pagans hoped for benign neglect from their gods. Jesus offered to suffer personally to give away costly grace. It was a completely different paradigm.

Jesus would surrender his own life in order to raid the realm of the dead and save humans from death.

Jesus then shouted to the crowd (apparently those worshiping the pagan gods, because no others are mentioned), along with his disciples:

Whoever wants to be my disciple must deny themselves and take up their cross and follow me. For whoever wants to save their life will lose it, but whoever loses their life for me and for the gospel will save it. What good is it for someone to gain the whole world, yet forfeit their soul? Or what can anyone give in exchange for their soul? If anyone is ashamed of me and my words in this adulterous and sinful generation, the Son of Man will be ashamed of them when he comes in his Father’s glory with the holy angels (Mark 8:34-38; NIV).

Jesus offered a better way to those humans who were desperately trying to prolong their life by ritual prostitution and bestiality for the enjoyment of gods of death. Instead of trying to save your own life, lose it for Jesus and the sake of the good news. Then you will truly have life. What good is it if you get everything in the whole world, but by doing so, lose your life? Sadly, Jesus’ call to lose your life so that you could save it may sound like foolishness to all too many today, obsessed with not being inconvenienced or suffering for others. But I imagine that to some in that cultic center who weren’t completely sold on the idea of entertaining the gods of death so they would be spared for an undefined period, Jesus’ words were literally a Godsend.

Jesus as incarnate logos, just as Lady Wisdom from Proverbs 1, called out to those engaged in futile thinking and action:

Out in the open wisdom calls aloud,
she raises her voice in the public square …;
How long will you who are simple love your simple ways?
How long will mockers delight in mockery
and fools hate knowledge?
Repent at my rebuke!
Then I will pour out my thoughts to you,
I will make known to you my teachings. (Proverbs 1:20, 22-23; NIV)

We may see many of our friends, family and fellow citizens running after systems of power or idols who they think have the power to save. If only we/they debase ourselves or compromise a little bit, we’ll secure some temporary safety. This isn’t what Jesus says or wants. We are to flee from stupid, foolish, ungodly idolatry (Ephesians 5:6, 11, 17) and not trust in other powers for safety. We don’t compromise with the forces of death. Jesus didn’t promise safety or convenience. He promised that if we lose our lives for him and for his good news of God’s loving salvation for all people, then our lives will be saved.

READ:  My faith journey: The grace and peace of receiving help

The post Lectionary blog: Gaining the world and losing your soul appeared first on Living Lutheran.