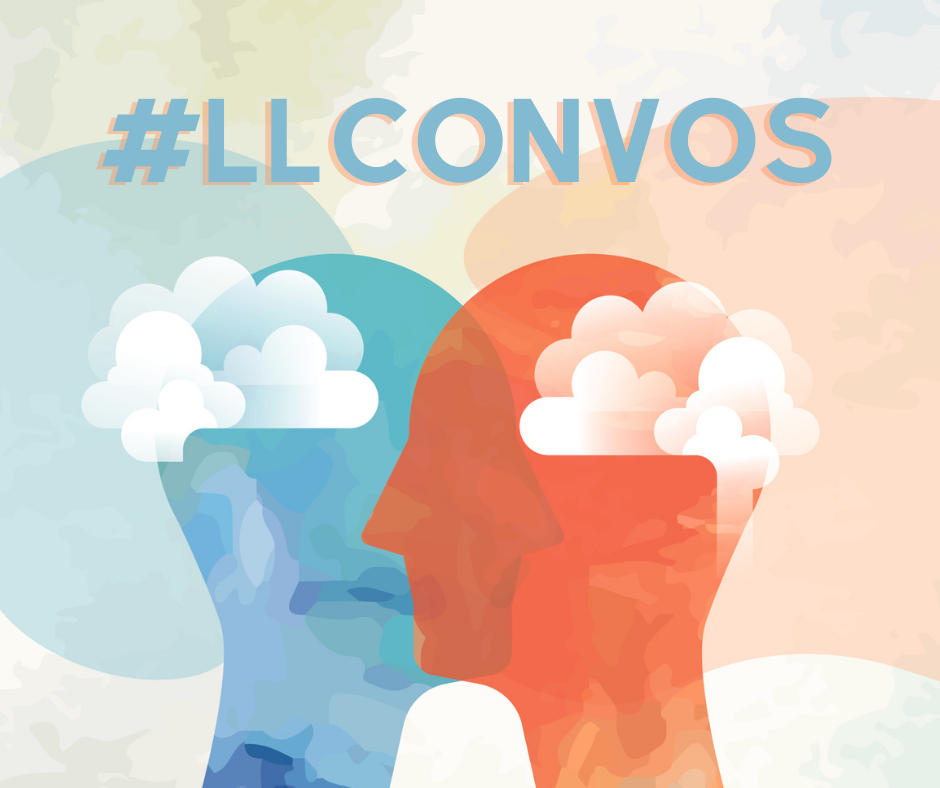 The number of topics that can divide a community seemingly grows with every passing year. Some say everything started with the 2016 election, though the divisions were apparent with birth certificates in 2008 and hanging chads in 2000. Others blame Sept. 11, 2001, and the collapse of unity months later when the United States went […]

The number of topics that can divide a community seemingly grows with every passing year. Some say everything started with the 2016 election, though the divisions were apparent with birth certificates in 2008 and hanging chads in 2000. Others blame Sept. 11, 2001, and the collapse of unity months later when the United States went to war with Afghanistan and, later, Iraq. And still there is the belief that the advent of social media and the anonymity of being online gives us the ability to lash out at those we disagree with.

No matter the reason or the timeline, what we can say for certain is that we, as a society, are spending less time working through our disagreements and more time yelling over each other. Holiday traditions have been wrecked by our refusal to interact with each other and friendships have ended over ideologies. Now, more than ever, we should look to not avoid the topics themselves and instead engage with those on the other end of the issue. Not as a way to convince the other of our position, rather to foster a greater understanding as to why we are turning away from each other.

Throughout the month, we are looking at difficult conversations, engaging with topics that folks tend to avoid when talking with their parents or children, neighbors or fellow congregants. There is not a great chance that you will encounter a story that does not start with you having an opinion, either for or against, on the topic, but there is an immense hope that you will read the stories as if you were in conversation with someone who disagrees with you. As Bishop Megan Rohrer of the Sierra Pacific Synod said regarding the difficult topics they encounter, “All I have to do in the conversation is to be faithful.”

For Rohrer, the conversations can be extremely personal. As the first out transgender synod bishop in the ELCA, they have encountered years where others in the church have disagreed with their identity. But, like all of us, gender identity is just one of several facets of who they are. Rohrer has also been a child, a parent, a spouse, a police chaplain, a college student—and even a celebrity, with their appearance in a 2020 episode of Netflix’s Queer Eye. As Rohrer said, once people get to know them, the perception becomes “sure, I am unique and fabulous in certain ways, but often I am ordinary.” To get to that place, however, sometimes requires more than just letting others get to know them. Sometimes it requires frank discussions.

“If my goal is to win the debate in a Bible, I’m never going to win,” they said. “If my goal is to make someone feel a different way, it’s very hard to make them feel that different way. My experience has shown that being a faithful person, and time, changes thoughts and minds more than having a perfectly worded sign or having the best book study.” 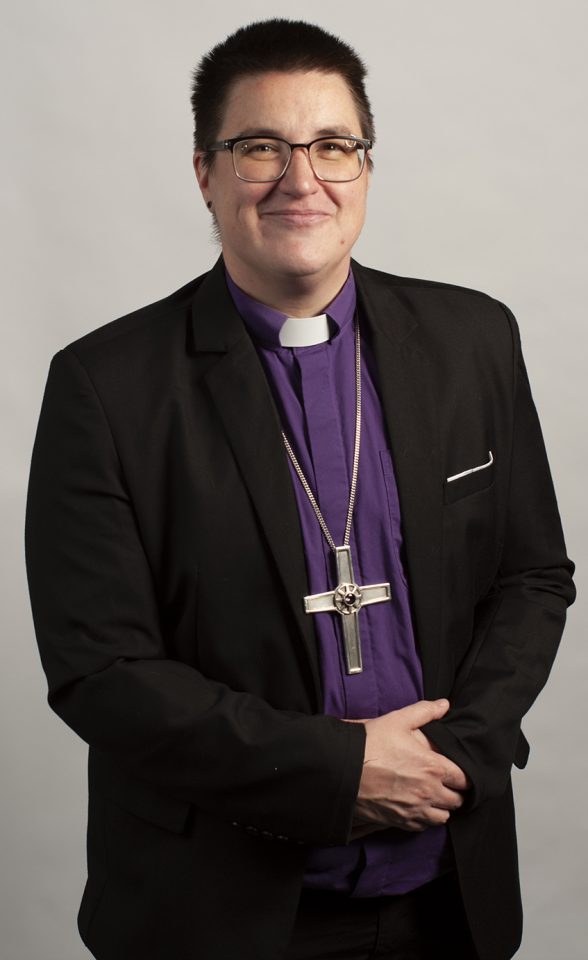 Bishop Megan Rohrer, of the Sierra Pacific Synod, is shown here wearing their purple bishop’s shirt, collar, and cross that helps remind them of the role they have and the way to engage everyone with the grace afforded to them.

Indeed, Rohrer’s faithfulness and the permission of time are what led to their acceptance back home in South Dakota. They said that almost everyone who gave them the most extreme pushback when coming out has since apologized.

A large part of that patience could come from where they grew up. In rural states like South Dakota, chances are high that you’ll need the help of someone who disagrees with you, especially, as Rohrer put it, when you are stuck on the side of the road in a blizzard and only one car is coming by.

That doesn’t mean Rohrer has not spoken out against injustice or appeared at public rallies. Rather, it means that those are just part of the overall effort to engage in awareness and discussion. And now, as a synod bishop, those discussions come with an added responsibility that they are constantly reminded of.

“For me, there is a process that, when I put on my uniform for the day, I think of the role I am inhabiting,” they said. The purple shirt reminds them of the influence they now hold. The collar around their neck reminds them of the voice they have. And the bishop’s cross they wear contains a purple amethyst that represents sound judgment and how, when making decisions, they can be fair to all sides and take the time toward the wisdom needed in making those choices.

“Having a uniform that reminds me of who I ought to be is helpful,” they said.

And that may be the important reminder for everyone. We may not be a bishop, pastor or deacon, and many of us don’t wear uniforms, but that doesn’t stop us from finding our own reminders of who we are when engaging with those whom we strongly disagree with. We can discover our own ways to walk like Jesus did, as Rohrer reminds us, when encountering those who were quick to anger or ready to pounce on a controversial topic.

READ:  The secret of the kingdom of God

“More and more I keep turning back to how Jesus was being in the world, which was just ask questions and then telling people the right answers,” Rohrer said.

And maybe we aren’t the ones with the right answers. But we may be the ones who can ask the right questions that lead to the right level of understanding that enables us to be friends with those we disagree with on certain issues, especially our siblings in Christ with whom we share pews and break bread together with.